Interview with the Directors of SEED: The Untold Story 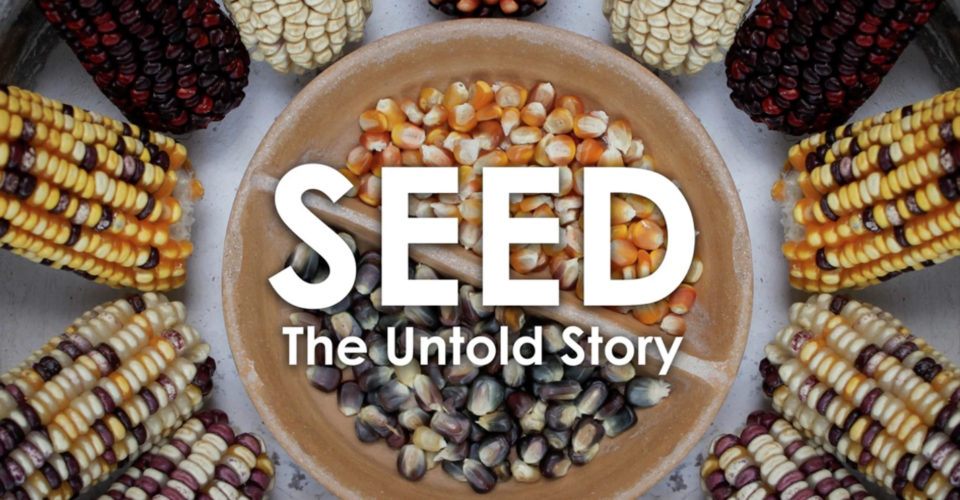 SEED: The Untold Story follows passionate seed keepers working to protect our 12,000 year-old food legacy and depicts their struggle against agrichemical companies (including Bayer, Monsanto, and Syngenta) who now control more than two-thirds of the seed market. SEED is more than just a cautionary tale of “man against nature,” but rather an epic David and Goliath battle as farmers, scientists, lawyers, and indigenous seed keepers fight to defend the future of our food.

SEED was produced and directed by award-winning filmmakers Taggart Siegel and John Betz (Queen of the Sun: What Are The Bees Telling Us? and The Real Dirt On Farmer John), who I interviewed about the film and what the dramatic loss of seeds means for our food system and our culture.

Our goal is to raise awareness about seeds in the face of climate change, genetic modification and the corporate control of the seed system. Through our outreach efforts with the film, we are making a two-year effort to link audiences with organizations who are fostering seed sovereignty, championing seed diversity and advocating for critical policy change. We hope this will have a long lasting impact that will educate people to support small family farmers by eating local, organic food and growing open pollinated heirloom seeds. Above all, we hope SEED will inspire audiences, ignite in them a fire for a new passion to care for seeds, to save seeds, support seed libraries, seed swaps, seed schools, seed banks and localized seed efforts in their own community.

FACT SHEET
Jon Betz, Director
Grew up in: Walla Walla, WA
Background and Education: Rhode Island School of Design
One word you would use to describe our food system: Polarized.
Your breakfast this morning: Granola and Coffee
Food policy hero: Wendell Berry
Favorite food: My Wife’s

10 Websites That Will Help You Preserve the Summer's Bounty

10 Websites That Will Help You Preserve the Summer's Bounty

By Lauren Lindstrom Is today your fifth day in a row of eating cucumber-tomato salad? Are you adding minced jalapenos...
Copyright © 2019-20 Hunter College New York City Food Policy Center. All Rights Reserved.
Back to top
Subscribe To Weekly NYC Food Policy Watch Newsletter
Subscribe to our weekly email newsletter today to receive updates on the latest news, reports and event information
We respect your privacy. Your information is safe and will never be shared.