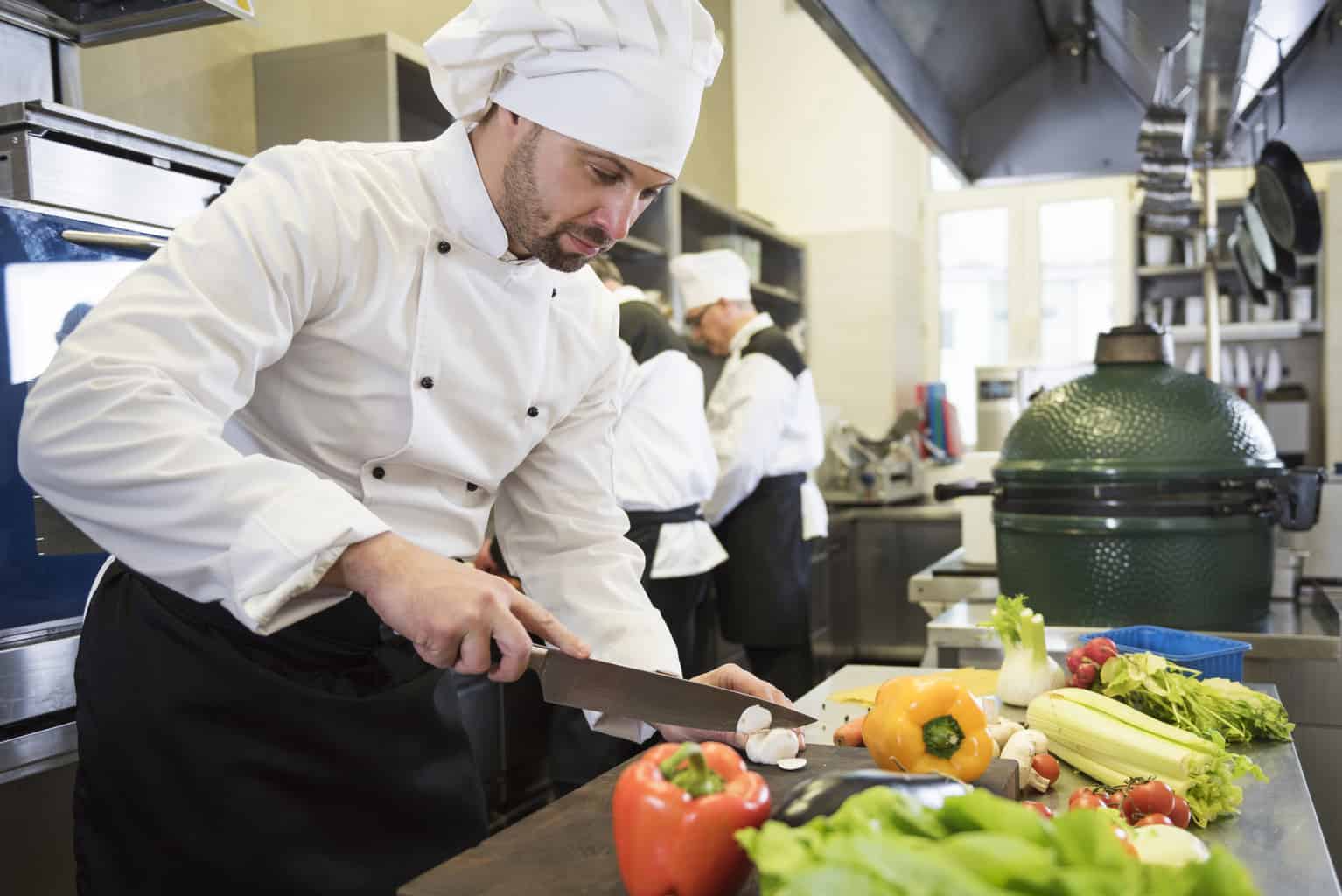 The statistic “40 percent of food in the United States is wasted” has recently become common knowledge thanks to the tireless efforts from awareness campaigns, non-profit organizations, and spokespeople. Now that the problem is top of mind for consumers and producers alike, people are starting to do something about it at every link in the food supply chain. Chefs, celebrity or otherwise, are some of the most vocal food waste warriors, championing waste reduction efforts in their own restaurants, as well as for home cooks. These ten chefs are leading the charge in the fight against food waste.

Chef Victor Albisu owns Del Campo and several locations of Taco Bamba in the D.C. area, and he’s teaching patrons how to reduce food waste in their own kitchens as part of his butchery & cooking class series. The latest course covers how to use food scraps to create culinary masterpieces.  Some of the dishes he’ll demonstrate include salmon pâté, pork chicharrones, scrape tartare, and stained pastas.

Blue Hill chef and co-owner Dan Barber started an initiative called wastED, which reframes the way those in the restaurant industry approach food waste. They’ve hosted two pop-ups so far in New York and London, where chefs came together to prepare meals using overlooked byproducts from local farmers and purveyors that would otherwise be thrown away. According to the records from previous events, the New York pop-up repurposed 600 pounds of ugly vegetables, 150 pounds of kale ribs, 30 gallons of beef tallow, 475 pounds of skate cartilage, 250 pounds of vegetable pulp, and 900 pounds of waste-fed pigs. Barber has also teamed up with the Natural Resources Defense Council (NRDC) and Ad Council for the second phase of their Save the Food Campaign. In a video PSA, the chef surprises two foodies in their own kitchen with dishes that transform zucchini scraps into dinner.

Nose-to-tail pioneer April Bloomfield also has two cookbooks in addition to running The Spotted Pig and her four other restaurants. A Girl and Her Pig and A Girl and Her Greens both showcase no-waste cooking that incorporates every part of an ingredient, whether it’s bones or stalks.

Osteria Francescana’s Massimo Bottura founded an organization called Food for Soul that runs community kitchens around the world that use edible food waste to feed those experiencing food poverty, food insecurity, or social vulnerability. Bottura launched the first Refettorio at the Milan Expo in 2015, using leftover food from the event. This inspired him to start the non-profit and expand his reach. Food for Soul currently has kitchen locations around the world, including in Milan, London, and Rio de Janiero. They are currently planning to expand to the U.S. in cities such as Miami, New Orleans, Detroit, and New York.

Anthony Bourdain, the adventurous Parts Unknown host, has turned his attention to food waste with his new documentary. WASTED! The Story of Food Waste premieres in theaters this October and features the perspectives of food waste crusaders like Massimo Bottura, Dan Barber, and more. It outlines the negative impacts of food waste and highlights how individuals can reduce that impact by changing the way they see “garbage.”

Ana Caballero of High Street on Market in Philadelphia recently participated in a food waste advocacy training hosted by The Drexel Food Lab within Drexel University’s Department of Culinary Arts and Food Science. Caballero gave a presentation on recycling, sharing tips on how to turn scraps and leftovers into meals for her restaurant staff. Some of her suggestions included turning day-old bread into a panzanella salad and making crepes with unused egg whites from pasta.

Partners in LocoL, a fast food chain with a mission, Roy Choi and Daniel Patterson combat food waste every day as they strive to keep the cost of their burgers and chicken nuggets accessible to all. Many of their recipes use scraps like meat trimmings and vegetable ends instead of throwing them away, as many large-scale fast food restaurants do.

Steven Satterfield of Miller Union in Atlanta focuses on finding creative ways to use the whole plant in vegetable dishes at the restaurant, whether it’s for diners or for kitchen staff. His cookbook, Root to Leaf, teaches home cooks how to do the same with simple techniques and recipes.

At Garrison in Washington, D.C., chef and owner Rob Weland reduces food waste in his kitchen with the help of his bar team. Almost everything on the restaurant’s new cocktail incorporates ingredients made from food scraps. For example, overripe or bruised peaches are made into a purée for a bourbon-based peach cocktail, while the juice from watermelon rinds is used for a tonic syrup. Finding uses for these leftovers also helps the bartenders keep their cocktail menu seasonal.

December 11, 2014
Subscribe To Weekly NYC Food Policy Watch Newsletter
Subscribe to our weekly email newsletter today to receive updates on the latest news, reports and event information
We respect your privacy. Your information is safe and will never be shared.