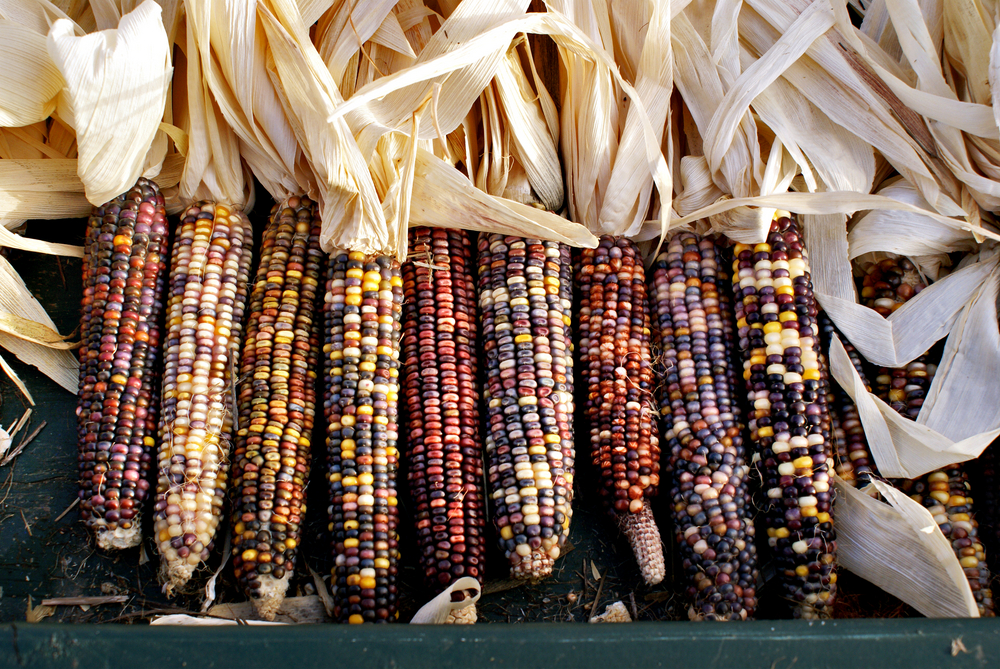 November not only hosts Thanksgiving but is also Native American Heritage Month. This holiday season the Hunter College NYC Food Policy Center compiled a list of ways to learn more about indigenous food systems and cultures. While Thanksgiving is a time to (virtually) gather for a bountiful meal and express gratitude, it is also a time to celebrate the rich and diverse cultures, traditions, and histories, and to acknowledge the important contributions of Native people in the United States.

If you are interested in remembering those who were living in New York City long before you, use  this interactive map to plug in an address and see exactly who that was. According to the map, Lenape, Rockaway and Canarsie Indians once occupied what is now New York City.

Please email us at info@nycfoodpolicy.org if you have a resource to add.

What’s it called: Gather
Who created it: Directed by Sanjay Rawal
Why watch it: Gather offers  an intimate portrait of the growing movement amongst Native Americans to reclaim their spiritual, political and cultural identities through food sovereignty while battling the trauma of centuries of genocide. The documentary follows Nephi Craig, a chef from the White Mountain Apache Nation (Arizona), opening an indigenous café as a nutritional recovery clinic; Elsie Dubray, a young scientist from the Cheyenne River Sioux Nation (South Dakota), conducting landmark studies on bison; and the Ancestral Guard, a group of environmental activists from the Yurok Nation (Northern California), trying to save the Klamath river.
Where to find it: Here

Cook up a Native American recipe

What’s it called: “10 Essential Native American Recipes”
Who wrote it: Sean Sherman writing for the NY Times
Why read it: Sean Sherman, the founder of The Sioux Chef, a company devoted to Indigenous foods, created these recipes to showcase tribal diversity across the lower 48 states. The article also  recounts the history of Thanksgiving.
Where to find it: Here

Listen to a podcast episode on indigenous food systems

Register and listen to a webinar

What is it called: “Youth in Action: Conversations about Our Future—Indigenous Food Sovereignty”
Who is organizing it: Smithsonian’s American Indian Museum
Why watch it: Join a conversation with young Native foodies Samuel Lopez (Tohono O’odham), Mariah Gladstone (Blackfeet, Cherokee), and Alecia Lennie (Inuvialuit) to learn how they are working to decolonize their diets and restore balance in their bodies and communities.
Where to find it: Here

What is it: Why Do the Foods We Eat Matter?
Who created it: National Museum of the American Indian
Why explore it: This online lesson provides the perspectives of Native American community members, images, objects, and other sources to help students and teachers understand the important connections between foods and cultures among Native People of the Pacific Northwest and what they are doing to protect and sustain their  salmon, water, and homelands.
Where to find it: Here

What is it: The Toasted Sister
Who created it: Food writer and photographer Andi Murphy
Why listen to it: The Toasted Sister explores what Indigenous cuisine is, where it comes from, where it’s headed, and how it’s used to connect people to their origins and traditions through interviews with Native chefs, farmers,  and other members of the food industry
Where to find it: Here

What’s it called: Alter-NATIVE: Kitchen
Who created it: Award-winning independent filmmaker Billy Luther, co-produced by the Independent Television Service (ITVS)
Why watch it:  The six-episode  series highlights three Native chefs– Navajo/Diné Chef Brian Yazzie, Pawnee–Athabaskian Chef Hillel Echo-Hawk, and Hawaiian Chef Kalā Domingo–who are creating a new diet based on the traditional foods that have sustained their communities for generations.
Where to find it: Here

Pursue a collection of articles covering the native food sector

What’s it Called: Indigenous Food Ways
Who created it: Civil Eats, a daily news source for critical thought about the American food system
Why read it: Whether you are interested in reading “12 Native-Owned Food Businesses to Support on Indigenous Peoples’ Day” or “Food as Medicine on the Navajo Nation”, this collection of articles covers a range of topics to help readers get familiar with native food systems and the issues facing indigenous cultures.
Where to find it: Here

August 27, 2015
Subscribe To Weekly NYC Food Policy Watch Newsletter
Subscribe to our weekly email newsletter today to receive updates on the latest news, reports and event information
We respect your privacy. Your information is safe and will never be shared.