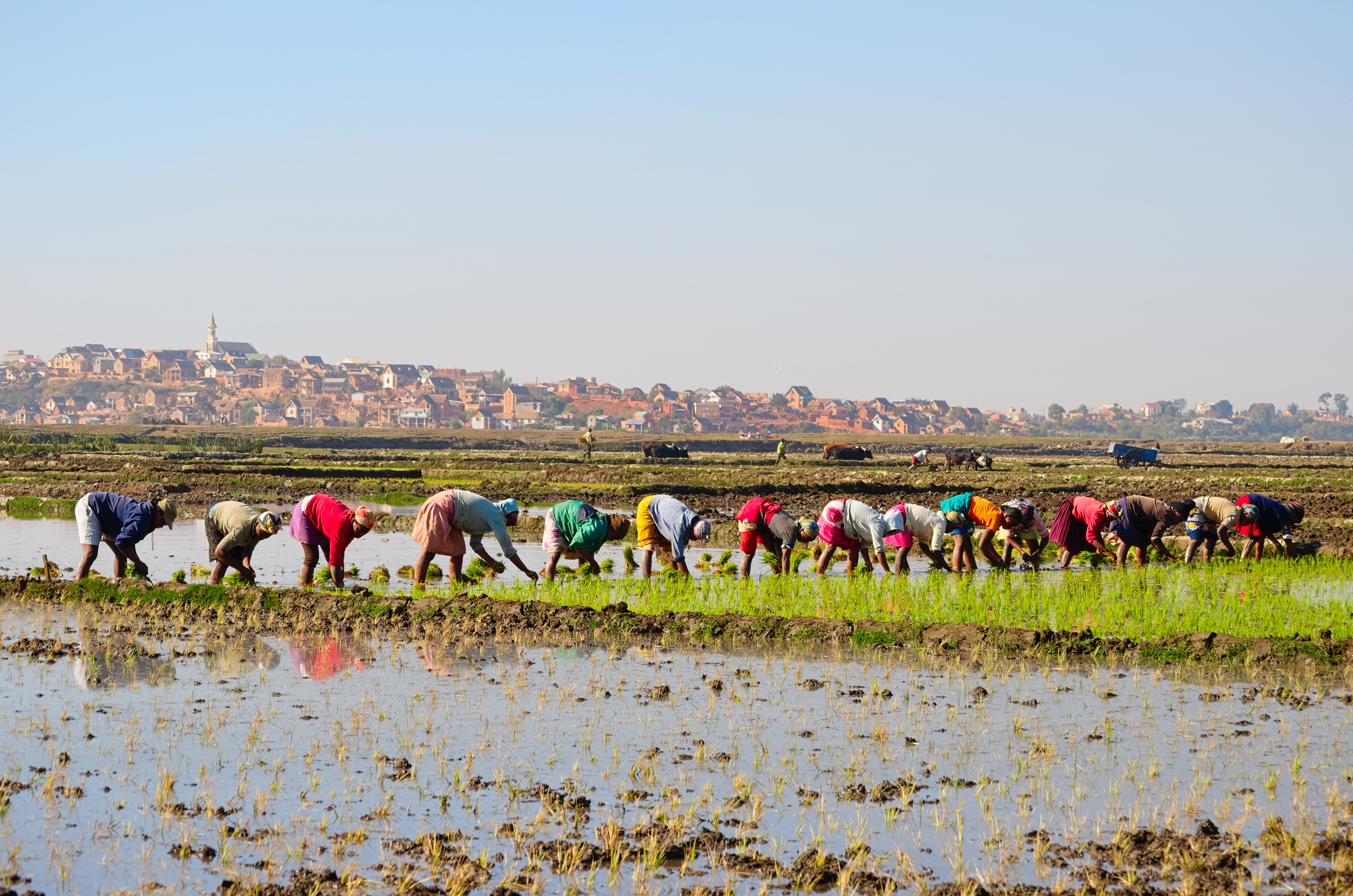 Madagascar suffers from extreme levels of food insecurity and malnutrition. The Urban Agriculture Program in Antananarivo is a collaboration with the Île-de-France Region that uses French expertise to improve food security in the city by increasing the reach of urban agriculture. The program has developed a variety of projects that seek to address the specific problems facing the city’s food supply.

In its first year, 2011, the program reached around 100 families. In 2017, it reached over 15,000 people. That year, it also received the second highest score in the Milan Urban Food Policy Pact Awards, granting the city of Antananarivo an endowment of €15,000.

The program was created to improve food security in the city of Antananarivo utilizing urban planning expertise from the Île-de-France Region. It aims to do that through two specific objectives:

The Urban Agriculture Program is a collaborative effort between the Île-de-France Region (made up of Paris and its surrounding area) and the Urban Community of Antananarivo, utilizing the operational platform established by the Institut des Métiers de la Ville Antananarivo (IMV). IMV has developed several programs to address food insecurity and improve the state of urban agriculture in the city of Antananarivo. Programs include:

Madagascar is among the six countries in the world with the highest rates of chronic malnutrition. According to UNICEF half of all children suffer from stunted growth due to malnutrition. A study from the University of Bourgogne shows that malnutrition is particularly prevalent between rice harvests, when cassava makes up a large part of Malagasies’ diet. Cassava is high in carbohydrates but low in other important nutrients. Urban agriculture can help fill the nutrient gap for poor Malagasies.

Madagascar has been especially vulnerable to changing climates, cycling through periodic floods as well as droughts. In late 2016, the World Bank approved a $35 million grant to fight food insecurity in the country, which had been experiencing poor crop yields since 2013 due to locust invasions and an ongoing El Niño-induced drought. Over one million people in the south had become food insecure. Urban agriculture has the potential to augment food supplies that are diminished by extreme weather events and changing climate.

Although Madagascar’s unemployment is extremely low – 1.8% in 2014 according to the United Nations – 76.5% of the population lives in poverty. Urban farming may provide additional income for the city’s poor.

Evaluations are conducted by the IMV. The program has received international recognition and has grown considerably over the last six years.

Every Day is a Miracle Offers Help to More Than 4,000 Individuals Monthly in the Bronx

September 28, 2016
Subscribe To Weekly NYC Food Policy Watch Newsletter
Subscribe to our weekly email newsletter today to receive updates on the latest news, reports and event information
We respect your privacy. Your information is safe and will never be shared.