What’s Up with the SNAP Cuts?

What’s Up with the SNAP Cuts? 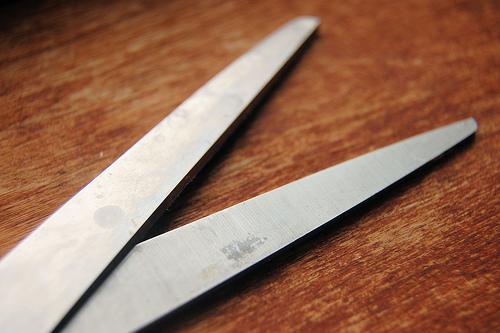 Most of the “savings” in the nutrition titles of the new Farm Bill come from a change in the way in which benefits are calculated. SNAP rules and regulations are complex and technical, but the underlying idea is fairly simple. USDA has established the cost of a minimally adequate diet, called the Thrifty Food Plan (TFP) for each household size. Participating households are expected to spend 30% of their disposable income on food, and SNAP makes up the difference between that sum and the cost of the TFP. The lower the household’s disposable income, the larger the benefit.  By “disposable income,” also called “net income,” the program means income after certain allowable deductions—the cost of child care needed to permit parents to work, for example, or medical costs.

The provision in question, called the “Heat and Eat” provision by anti-hunger activists and the “LIHEAP Loophole” by Congressional Committees looking to reduce expenditures, has to do with the way in which utility costs are treated as part of the Excess Shelter Costs deduction.  Because heating (and cooling) costs fluctuate from month to month, they pose special difficulties for calculation.  Eventually, states were permitted to establish a Standard Utility Allowance (SUA) based on typical heating or cooling costs for low-income families.  If an applicant household has home energy costs, it can add the SUA to its rent or mortgage payments to establish its shelter costs, and any shelter costs in excess of half its income are deductable (the Excess Shelter Cost deduction).   A provision in the law allowed applicants to deduct the full SUA if they received any amount of payment under the Low Income Home Energy Assistance Program, or LIHEAP.  As families in high cost of living areas struggled to make ends meet, and states recognized the value of bringing federal SNAP dollars into their economies, states realized that they could qualify their residents for significantly higher SNAP benefits by sending them a very small LIHEAP payment.  Eventually, sixteen states and the District of Columbia began sending out payments as low as $1.00 per year; on average, this raised the SNAP benefit by $90 per month per household.

The new Farm Bill revises this provision to specify that only a LIHEAP benefit of $20 or more will qualify an applicant to use the SUA.  Thus, states will be able to assist far fewer applicants, and an estimated 850,000 households will lose an average of $90 per month in benefits when the provision is implemented.  It becomes effective 30 days after enactment for new applicants, but states have the option to delay implementation for current participants for up to five months.  The loss of benefits, of course, will be limited to households in those states that used the provision, primarily states in the northeast and upper midwest where heating costs are high.  For those participants, however, the loss of benefits will be devastating.  $90 is roughly a third of the average benefit of $275 per household in 2013.  Added to the across the board benefit cut that took place in November when the temporary boost provided by the American Recovery and Reinvestment Act (“the stimulus”) expired,  SNAP households are seeing their food purchasing power plunge.  Participants in New York State will be particularly hurt because heating costs are high here and the state’s SUA is among the highest.

Looking forward, food policy analysts and anti hunger advocates need to turn our attention to the fundamental  inadequacy of the SNAP benefit, and avoid fixes like the “Heat and Eat” rule that divide the states and thus their Congressional delegations.

June 10, 2019
Subscribe To Weekly NYC Food Policy Watch Newsletter
Subscribe to our weekly email newsletter today to receive updates on the latest news, reports and event information
We respect your privacy. Your information is safe and will never be shared.