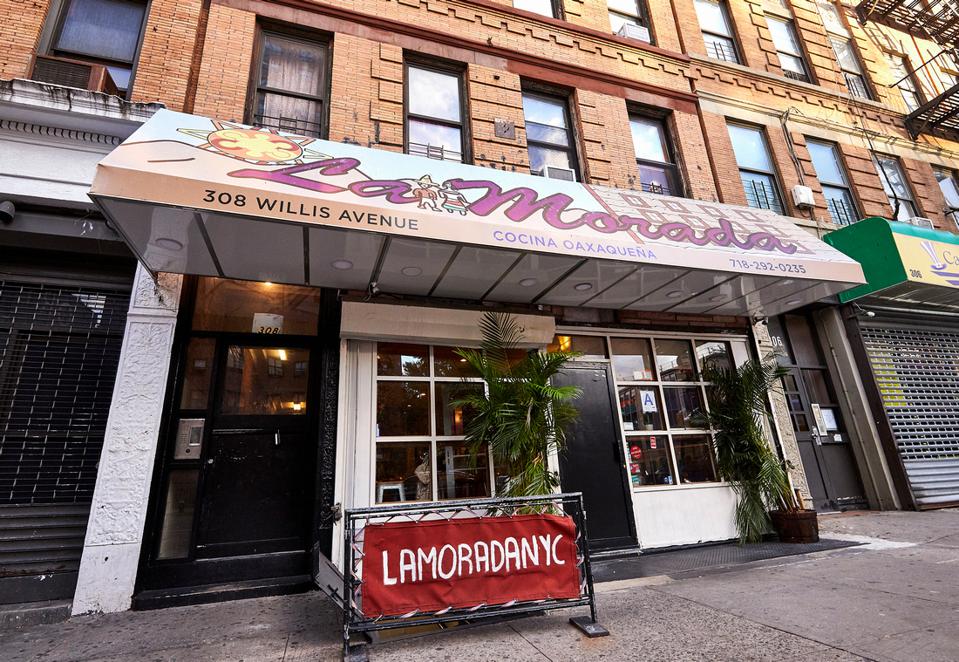 Why They’re Food Heroes: After closing due to COVID-19 lockdown, the Saavedra-Mendez  family (Antonio Saavedra, Natalia Méndez, and their children Yajaira, Marco, and Carolina Saavedra) reopened their restaurant, La Morada, as a soup kitchen. They provided more than six hundred meals per day to families in need in the South Bronx, distributing hot meals to pantries and housing complexes. They ensured that the food cooked was culturally sensitive, providing an array of options to people with different dietary requirements. Members of the South Bronx community banded together to volunteer at La Morada to help the kitchen run.

Background: La Morada, opened in 2009, is an acclaimed undocumented family-owned Oaxacan restaurant in the South Bronx, once recommended by the Michelin guide for its welcoming atmosphere and authentic Oaxacan food. The restaurant is thought of like a community center, where South Bronx residents go for immigration safety and free nourishment. Prior to the pandemic, the restaurant had also hosted a community book exchange.

Work: Currently, the mutual aid kitchen operates four days per week (Tuesday until Friday), serving more than five thousand meals weekly to residents of the Bronx and parts of Upper Manhattan. They are partnered with local CSAs and Rethink Food in order to keep up with the demand for hot meals.

Awards, Praise and Honors: La Morada received acclaim from the Michelin guide before the pandemic. Since reopening as a soup kitchen, several news outlets, including BronxNet and the Associated Press, have covered their efforts.