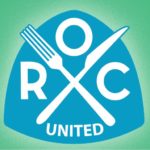 Website
http://rocunited.org/staff-and-locals/new-york/
Phone Number
(212) 343-1661
Director, Manager or CEO
Saru Jayaraman & Fekkak Mamdouh
Year Started
2001
Interesting Fact
The Restaurant Opportunities Center of New York was initially founded in New York City by Fekkak Mamdouh and Saru Jayaraman after September 11th, 2001 to provide support to restaurant workers displaced as a result of the World Trade Center tragedy. Based on our successful efforts in New York City, restaurant workers in several other cities approached ROC about initiating chapters in their cities. Thus, in 2008 we launched the Restaurant Opportunities Centers United, which has grown into a national organization with 18,000 low-wage restaurant worker members in 15 states.
Areas Served
Bronx, Brooklyn, Manhattan, Staten Island, Queens, New York State, National
Core Programs
1. We are building a base of restaurant workers
2. We are organizing workers for improved working conditions
3. We conduct Research and Policy to inform ourselves and the community about the state of the industry, including pervasive issues affecting workers and putting a damper on the industry's reputation
4. We promote the
High Road to profitability and hold up 'high road' employers as models to the restaurant industry
5. We provide free front of the house and back of the house training to thousands of workers or those who interested in working in the industry through our C.H.O.W. Institute
Major Issues
Advocacy-Policy, Provide support/funding to raise restaurant industry standards
Non-profit?
Nonprofit
LinkedIn
https://www.linkedin.com/company/restaurant-opportunities-center-of-new-york
Twitter
https://twitter.com/rocunited
Facebook
https://www.facebook.com/Restaurant-Opportunities-Center-of-New-York-ROC-NY-187796714578396/
0 comment FacebookTwitterLinkedinEmail