New Food Waste Bills on the Menu in NYC 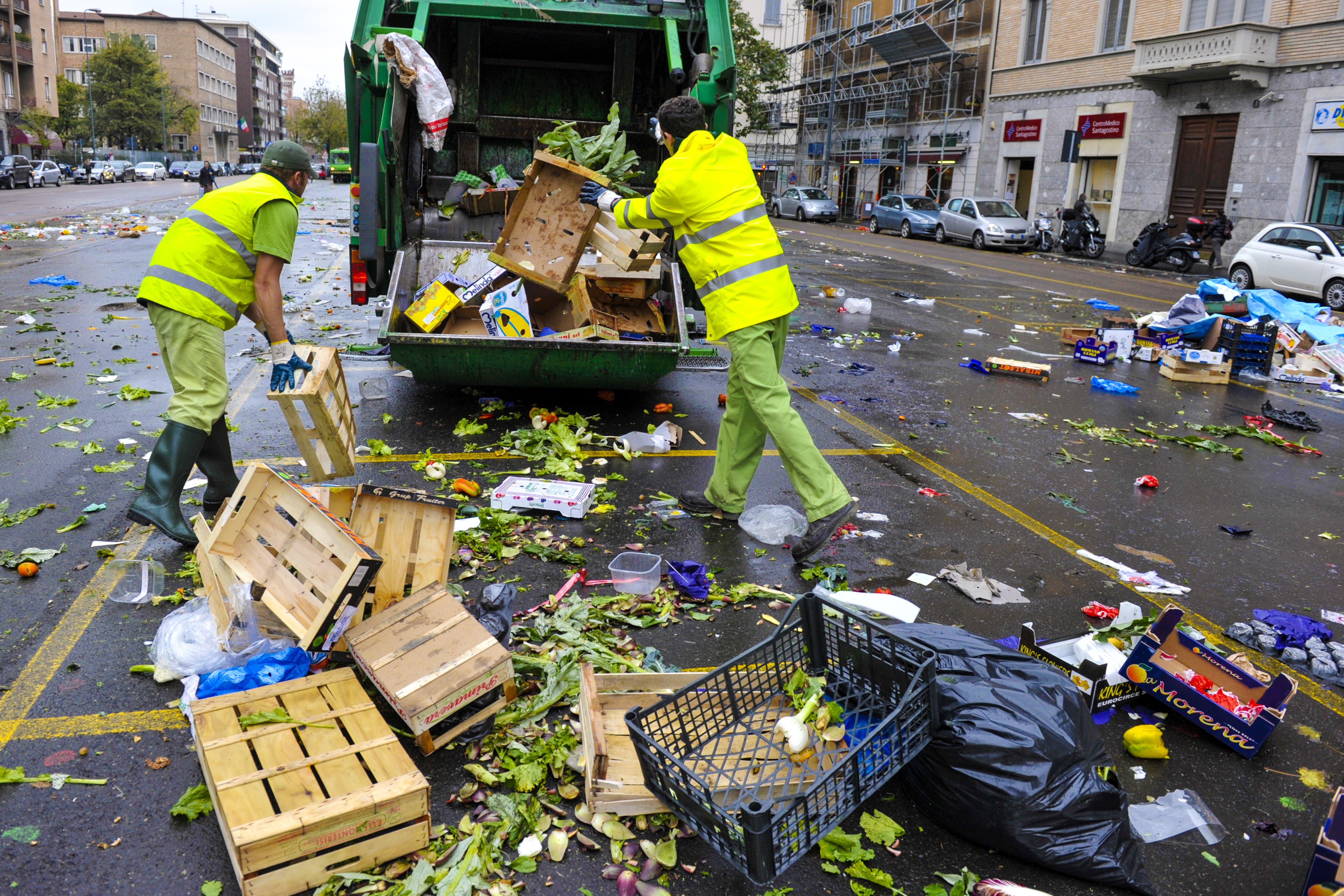 Two new bills targeted at combating food waste are in the works in New York City Council. The first, Int. 1439, sponsored by Councilman Antonio Reynoso, would impose stricter regulations on the process of confiscating food from vendors who violate city law. The second, Int. 1514, sponsored by Councilman Rafael Espinal, would require the city to maintain a web portal to facilitate food donations.

The goal of Int. 1439 is to ensure that confiscated edible food does not end up landfills. The New York City Police Department often confiscates food from food vendors who are violating city law, such as blocking sidewalks or selling food in unapproved locations. Int. 1439 would require the Department of Health or the Department of Sanitation to notify at least two food rescue organizations, such as City Harvest or Food Bank for New York City, that there is usable food available for pick-up, whenever food is confiscated, and at least 24 hours before the confiscated food is thrown away.

Int. 1514 proposes that the Department of Sanitation and the Department of Information Technology and Telecommunications maintain a web portal, similar to Craigslist, where prospective food donors and recipients can communicate and arrange to pick up food donations. Councilman Reynoso, who serves as the chair of the Committee on Sanitation and Solid Waste, said both of these bills are ideas that could help New York City reach its goal of producing zero waste by 2030.

It is difficult to measure precisely how much food waste a large city produces, because different agencies may use different calculation methods. According to Bridget Anderson, Deputy Commission of the Department of Sanitation’s Bureau of Recycling and Sustainability, New York City currently produces about 1.5 million tons of food waste per year, which equates to one quarter of the city’s solid waste. However, it is unclear how much of that food waste would be safe for human consumption if it was not thrown away.

In her testimony on the bills before the City Council Committee on Sanitation and Solid Waste Management, Jackie Odman, Secretary of the Manhattan Solid Waste Advisory Board (SWAB), applauded the effort to minimize food waste by feeding people, but also said there is a need to collect data on exactly how much edible food is currently wasted.

With roughly 16 percent of New York residents experiencing hunger, there is clearly a need to divert usable food to charities that feed New Yorkers, rather than to landfills. However, until the city knows what percentage of its organic waste is edible, the value of food waste reduction programs remains unclear.

Because the bills are still in the nascent stages, there is currently no estimate of how much they will cost to implement. But Deputy Commissioner Anderson said in her testimony that money would be better spent improving the already operational donateNYC portal, rather than developing an entirely new portal. The donateNYC portal provides a place where individuals, businesses and non-profits can either give or find goods, including food, clothing, furniture, books, medical supplies, and many other items.

Anderson also said more time was needed to determine how to improve the DonateNYC portal in a way that works for both the city and the food rescue organizations that operate within it. The current draft of Int. 1514 sets a six month deadline, which Anderson said was not feasible.

David DeVaughn, Manager of Policy & Government Relations at City Harvest, echoed Anderson’s desire for the proposed legislation to take advantage of infrastructure that is already in place, rather than creating entirely new infrastructure. For example, the New York City Food Assistance Collaborative is already discussing ways in which technology can be used to distribute food equitably throughout the city.

DeVaughn also said that City Harvest has already been communicating closely with the Departments of Sanitation and Health about when they can pick up food that is being confiscated. City Harvest has rescued about 63,000 pounds of produce from food confiscations since February of 2016, when Mayor De Blasio criticized the NYPD for throwing away usable produce from a vendor near the Williamsburg Bridge.

Although the process of expanding food rescue in the city is already underway, one piece of infrastructure that seems to be missing is adequate space. Anderson raised concern that the Department of Sanitation would not be able to comply with Int. 1439 as it is currently written, because they do not have any place to store food for 24 hours while they wait for a rescue organization to pick it up.

Councilman Reynoso expressed a strong desire to solve that problem. “This is an obstacle to zero waste by 2030; it’s not necessarily an obstacle to this bill, so there has to be some kind of solution,” Reynoso said.

Another problem that multiple stakeholders wanted a solution for is the broad lack of knowledge that currently exists among city businesses about what types of food are donatable.

Gretchen Ross from The Bowery Mission said the Bowery is forced to throw away a lot of the food it receives, because it is not safe for consumption. This results in the organization spending an extra $1,500 every month on trash pickup.

At the same time, Ross said, many business owners do not donate food that is usable because they are worried about facing potential legal liabilities, if, for example, their donation made someone sick. But food donors are protected from legal liability by the federal Good Samaritan Food Donation Law. Soup kitchens and food rescue organizations are the ones who bear the responsibility of determining whether donated food is safe to eat.

Ross expressed a desire for the proposed web portal to include explicit instructions about what food is donatable and what food is not donatable. DeVaughn also said such information should be more widely available.

Finally, multiple stakeholders made a point of reminding the Committee that food rescue programs will not completely solve the problem of hunger or of food waste.

“We do have a hunger problem not just in New York City but in the entirety of the country, and while eliminating food waste and redirecting food to people in need is certainly part of the solution, we won’t end food insecurity in this country until we end income and asset inequality,” said Will Thomas, Director of Research, Policy and Advocacy at Hunger Free America.

Bonnie Webber, Vice Chair of the New York City Group of the Sierra Club, said the city needs to put more resources into educating the public about food waste. “Studies have shown that a better use of the city’s time and money would be to go to the source, and educate people to the amount of energy, water, fertilizer and soil used to grow food, and, in turn, wasted when the food is not consumed,” Webber said.

Webber suggested that subways should display the PSAs from the “Save the Food” campaign, which was launched by The Ad Council, in partnership with the Natural Resources Defense Council, in 2016. “If people knew that trashing one egg is wasting 55 gallons of water, it could change their behavior,” Webber said.

City Council could look to the Think.Eat.Save. program, launched by the United Nations, as a model for how to take a comprehensive approach to preventing food waste. The Think.Eat.Save initiative encourages local governments to take action at multiple levels, including educating consumers about how to prevent food waste, and urging businesses to set and work to achieve specific food waste reduction goals.

Cooking Beyond the NYCHA Home Kitchen

Go Back to School For Free: Five...

September 30, 2015
Subscribe To Weekly NYC Food Policy Watch Newsletter
Subscribe to our weekly email newsletter today to receive updates on the latest news, reports and event information
We respect your privacy. Your information is safe and will never be shared.