Down the Rabbit Hole: Why Measuring Food Waste Is So Confusing 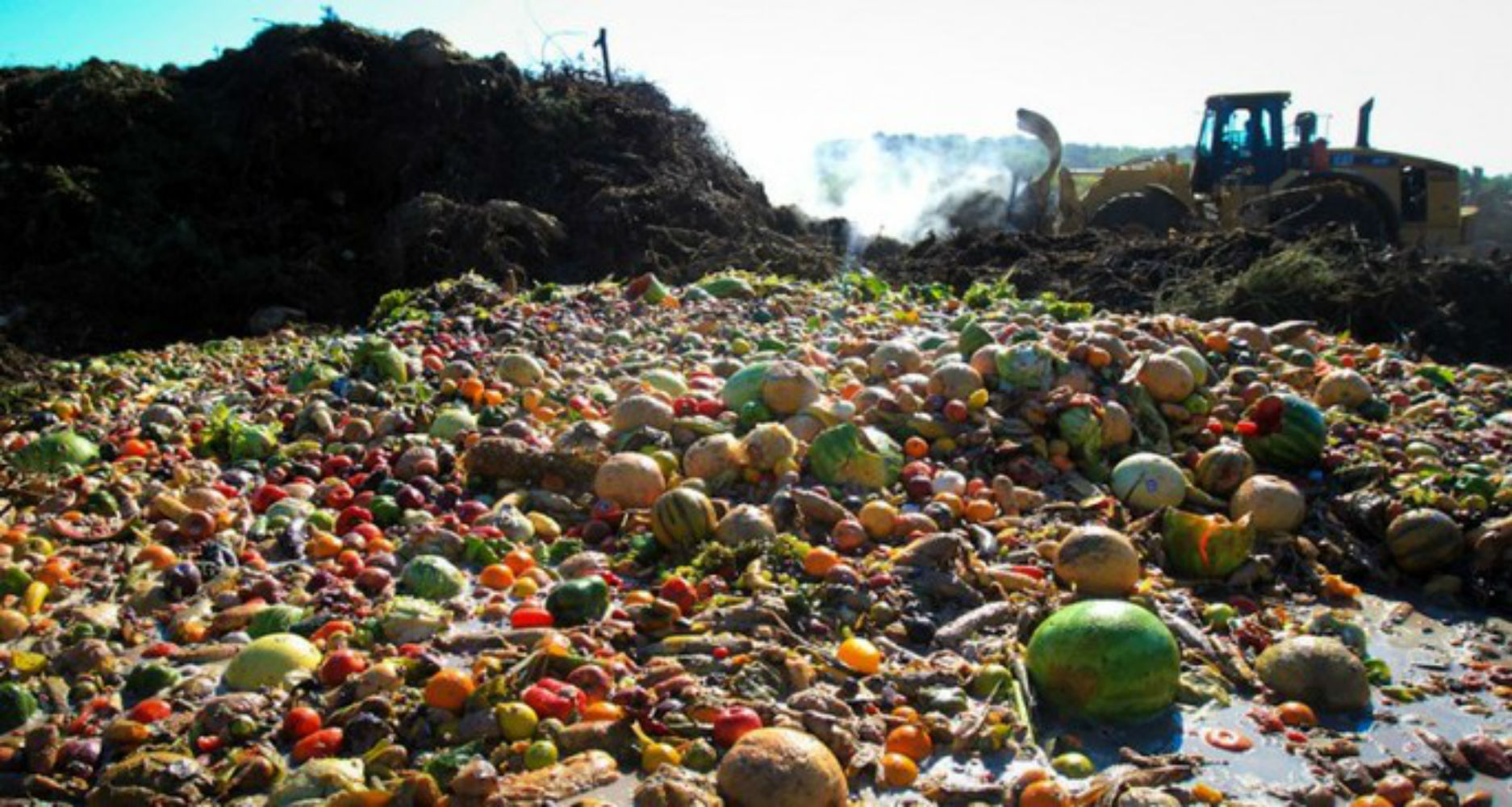 Jeremy Kranowitz is an Affiliate with the Keystone Policy Center, building a national coalition of industry, government, and nonprofit organizations to work together to reduce food loss and waste in the United States. He is the past-president of Sustainable America, a nonprofit organization working nationwide to raise consumer awareness about sustainable food and fuel issues.

Prior to working for Sustainable America, Jeremy worked for 10 years at the Keystone Policy Center as a senior associate on energy and environmental issues, and director of education programs. Jeremy has also worked for several other nonprofit organizations, including the Izaak Walton League and Forest Trends. He started his career working as an environmental consultant at McKinsey & Co. Jeremy has a Masters of Environmental Science and Bachelors in Social Sciences from Johns Hopkins University, and a Masters in Public Administration from New York University.

“Three inches is such a wretched height to be,” said Alice

“It is a very good height indeed!” said the Caterpillar loudly and angrily… (it was exactly three inches high).

Measuring how much food is lost and wasted in the United States is a complicated, confusing business – not because there is disagreement on whether or not it exists, but because it is difficult to reduce food waste by a certain amount if you are uncertain how much there is to begin with.

A useful analogy is to think of the entire food system in the United States as a single, large retail store with dozens of employees. The store earns a slim profit, and management made a New Year’s resolution to be 50 percent more efficient—a lofty, worthwhile goal, yet meaningless if various departments are measuring different aspects of the business. It is difficult to know which parts of the business are more wasteful than others, and which of those most impact the bottom line. This is the conundrum those who are interested and involved in cutting food loss and waste must address.

In September 2015, the U.S. Department of Agriculture (USDA) and the U.S. Environmental Protection Agency (EPA) stepped up to the plate and announced a national goal to reduce food loss and waste by 50 percent by 2030. Luckily, the USDA and EPA are aligned in the same direction, however, the agencies are measuring different aspects of food waste.

Simply put, the USDA is mostly measuring “food loss,” while the EPA is mostly measuring “food waste.” And while both are critically important, they are different. According to the World Resources Institute, “loss” refers to food that spills, spoils, bruises or wilts before it gets to the consumer. Food “waste” refers to food fit for consumption after it gets to the consumer, but for a variety of reasons does not get eaten.

Why Are Some Estimates More Than Twice Others?

The reason the USDA and the EPA are tracking food waste differently traces back to the mandates of the different agencies. The USDA is responsible for agriculture, natural resources, food and nutrition, while the EPA is responsible for protecting human health and the environment. Therefore, the USDA is more concerned with the land, water and labor resources used to grow food, but also cares about household nutrition. The EPA focuses on our waterways and landfills, and the emissions that result from decomposing waste, and ultimately cares about human health and well-being.

Other nonprofit organizations have done extensive work to determine more holistic examinations of the amount of food loss and waste in the United States for a number of reasons including the tremendous waste of water and energy that accompany food waste, and the millions of Americans that go hungry when we live in a place with more than enough food. It is also important because the Food and Agriculture Organization of the United Nations (FAO) calculates that the equivalent of 3.3 billion metric tons of carbon dioxide is emitted from food produced, but not eaten, making it one of the world’s biggest sources of greenhouse gases.

The Natural Resources Defense Council (NRDC) takes a ratio of the number of calories available in the United States divided by the number of calories consumed. A group called ReFED worked with Deloitte Consulting to extrapolate an estimate based on data from the best publicly available studies. Collectively, these four groups have estimates that range from approximately 38 million tons to 86 million tons, with the highest estimate totaling more than twice that of the lowest.

Do We Need Precision?

It is often said that one cannot manage what one does not measure. For the government agencies in particular, it is important to have a baseline estimate to allow them to work within their mandates to encourage activities that reduce hunger, improve farmer livelihoods, improve nutrition, conserve water and energy, and reduce harmful emissions. Elise Golan, Director for Sustainable Development, Office of the Chief Economist at USDA, notes that she likes having multiple measures, “if we see change in the same direction using different measures, we will have greater confidence that we have measured something meaningful.” Her point is that if only one group is measuring only one piece of the puzzle, it may be that one aspect of food loss and waste may be decreasing while others may be increasing for no net change.

Environmental and hunger groups share these goals, and also understand that reducing food loss and waste will help them achieve their goals of a healthier populace and a cleaner environment. They also need a baseline estimate so they can activate their constituents and followers to set realistic goals and take action and change behavior to make the country more sustainable. Their effectiveness can be measured by the improvements that are made over time, so it is crucial that they understand which efforts will have the greatest impacts, as well.

Do We Need Consensus?

One of the seminal reports on the size of the food waste problem is “Wasted: How America Is Losing Up to 40 Percent of Its Food from Farm to Fork to Landfill,” by Dana Gunders, Senior Scientist for Food and Agriculture at the NRDC. That report, now nearly five years old, used best available data to conservatively estimate losses at 40 percent. The report recognizes that some estimates of food loss will vary from year-to-year based on vagaries in the weather, or changing consumer demand for one product over another. Farmers might also take more action to measure losses more accurately as new sales channels continue to grow – like the developing market for “imperfect produce,” for example.

In a recent conversation with Gunders, she noted that “we need to acknowledge how early stage the research/understanding on all this is right now…. It’s helpful for us to be trying different methodologies and see how close they get.” At this early stage in this work, it is sufficient for every person and organization involved in reducing food waste to agree that the problem is massive and touches every aspect of humanity – after all, everyone eats! It is also important to agree that this is a critical problem worth solving. Luckily, there isn’t a pro-food waste lobbying group (other than maybe the waste haulers).

What is needed is for everyone to take part. There is a public-private partnership of industry, non-governmental organizations and government agencies creating an online resource for those searching for the best materials to understand and combat food loss and waste, called Further with Food, which launched in January. It will also be a place for people to share resources and connect with others working on the issue. Other great places to look for information include USDA, EPA, NRDC, Feeding America, ReFED, I Value Food, Save the Food.

“Off With Their Heads”

So, should carrot tops count as food loss? Food waste? In the United States it is common practice to lop the green, leafy heads from carrots. Some grocery stores trim or remove the carrot tops before they put them on display – fitting the definition of food loss. However, if the tops are not trimmed, are carrot greens fit for consumption? Yes! Even though the carrot tops are bitter when raw, they can be sautéed like other leafy greens, or put into soups, imparting a taste somewhere between parsley and carrots, and they are rich in vitamin C, potassium and calcium. (http://www.gardenbetty.com/2013/07/are-carrot-tops-toxic-the-short-answer-no/). Yet our common practice is to treat carrot tops as unfit for consumption. One way to reduce food waste at home is to experiment using parts of fruits and vegetables in new ways!

July 27, 2022
Subscribe To Weekly NYC Food Policy Watch Newsletter
Subscribe to our weekly email newsletter today to receive updates on the latest news, reports and event information
We respect your privacy. Your information is safe and will never be shared.