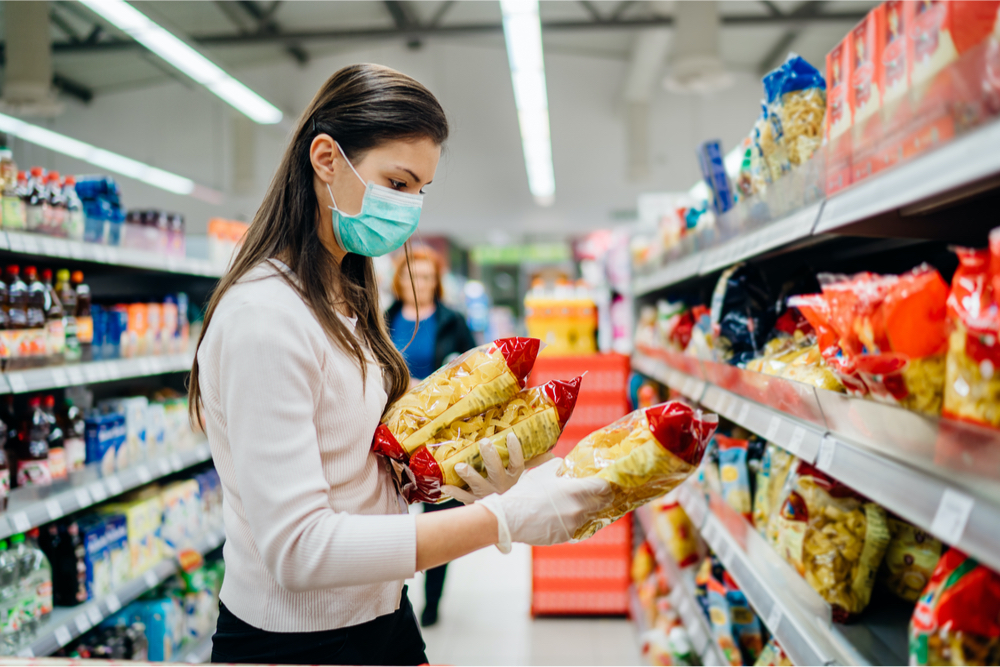 Since March, the NYC Department of Education (DOE) has provided more than 60 million grab-and-go meals at more than 400 locations citywide. In early April, the DOE Meal Hubs started providing meals to all New Yorkers; no identification required, and no one was turned away.

Beginning March 23rd, the week after NYC schools closed due to the COVID-19 pandemic, the DOE began providing children Grab & Go three meals a day on weekdays outside 439 schools deemed citywide “meal hubs.” While NYC schools were operating remotely throughout the spring and summer, the Meal Hubs continued to provide both breakfast and lunch to students and any other NYC resident. Schools began opening in person for grades 3K and Pre-K as well as for District 75 schools on September 21 and for Elementary Schools and K-2 and K3 schools on September 29. Middle School, High School, and Secondary School in-person learning begins on October 1. Students who go to class in-person will get breakfast and lunch in the building, and those learning remotely can pick up meals from 9 a.m. until noon from Monday to Friday at any of 200 active school sites.

In order to minimize concerns about allowing adults into school buildings while students are learning, all non-student meals will be available after school lets out, between three and five p.m. The new hours began on September 29, and the schools that will continue to provide pickup meals can be found on the GetFoodNYC map.

In May of 2019, the United States Department of Agriculture (USDA) announced the formation of the Market Facilitation Program, which would assist farmers hurt by foreign trade tariffs levied on their products. But, according to a report released earlier this month by the Government Accountability Office (GAO), the program has provided a disproportionate amount of aid to big farms and farmers in southern states.

The GAO report aligns with criticisms by advocacy groups who have accused the current administration of manipulating the management of the program. The report, as well as an additional analysis by Senate Democrats, found that big farms received the largest payments, with the top 25 recipients getting an average of $1.5 million each.

In addition, the USDA set payment rates for some crops, such as cotton, that were much higher than those set for other crops. Cotton primarily grows in the South, which aligns with the report’s findings that Southern farmers benefited significantly more than farmers in other regions of the United States. Eight of the nine states receiving the highest aid payments per acre were in the South. Farmers in USDA Secretary Sonny Perdue’s home state of Georgia were paid more than double the national average per farmer. New York received 0.5 percent of total MFP payments.

USDA officials pushed back on the criticisms, noting that the average small farm was paid more per acre than large farms. Also, officials pointed out that almost 70 percent of the aid provided went to states in the Midwest.

“COVID-19 has provided global health with an unprecedented prominence and is powerfully illuminating an important policy window, one that is far too significant to allow unhealthy commodity industries to define the agenda moving forward.” – Jeff Collin, co-author of a study by the NCD Alliance and Spectrum Consortium on unhealthy commodities and COVID-19

A study published in mid-September found that food and drink companies have been capitalizing on the COVID-19 pandemic to increase the purchasing and consumption of unhealthy products such as snack foods, alcohol, and sugar-sweetened beverages, with consumers in the United States among the main target customers.

The report provided examples of this corporate behavior, including many marketing campaigns specifically adapted to the pandemic. Budweiser’s ‘One Team’ advertisement, for example, aims to associate frontline workers and health heroes with the brand. In Brazil, those who stayed indoors the longest could use the Burger King app to receive a free ‘“Lockdown Whopper.”

These strategies come in the midst of the COVID-19 pandemic–public health crisis that has been exacerbated by the high rates of chronic, non-communicable health conditions, such as obesity, diabetes, hypertension, and lung problems, all of which are negatively impacted by the increased consumption of the very products consumers are being targeted to purchase.

Fact Check: How to Support Your Hyper-Local Food Community

This fall, it’s important to focus on supporting your local food system and food economy. A Senior Program Officer at the Kresge Foundation told Fast Company that “the pandemic has really hit at the community-level very hard. [It’s] not unusual for these communities that are typically under-resourced and underserved to feel the brunt of this.” Organizations and businesses within the community supply fresh, local, and seasonal food and provide jobs for community members and generate local economic growth. Additionally, local food products have a lower carbon footprint and travel fewer miles from farm to table than more conventionally purchased produce.

A report published earlier in the COVID-19 pandemic by the Kresge Foundation found that local investments in the food system can bring the community together and integrate the neighborhood culture into the food you purchase. During the pandemic, these benefits are even greater and need even more as economies struggle and communities search for ways to come together while maintaining social distance.

Report: NY Food 20/20 Visions, Research & Recommendations for Food Systems During COVID-19 and Beyond

What do the Expanded SNAP Eligibility Rules...

September 15, 2021
Subscribe To Weekly NYC Food Policy Watch Newsletter
Subscribe to our weekly email newsletter today to receive updates on the latest news, reports and event information
We respect your privacy. Your information is safe and will never be shared.