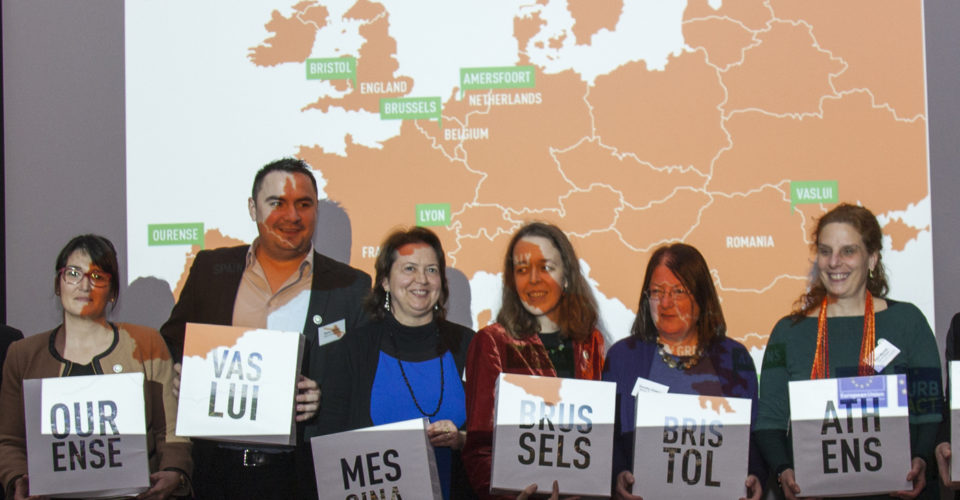 Location: There are 10 different European cities involved in the project.

The URBACT Sustainable Food in Urban Communities project was a three-year long project that aimed to improve food sustainability in its 10 participating cities, and generate more knowledge about how to build sustainable urban food systems. The URBACT Project worked on four levels: city, network, URBACT, and European.

At the city level, each partner city established a Local Support Group, which creates an action plan to improve the sustainability of the food supply in that city. Each city’s action plan involved supporting local food producers, harnessing the power of available land in the city to grow food, and connecting local food producers with the general population of the city.

The network level involved communication among the 10 cities participating in the sustainable urban food project. City organization members attended workshops and conferences and learned from each other’s experiences.

At the URBACT level, city organizers shared their experiences with and learned from other members of the larger URBACT community, through seminars, annual conferences, and related activities.

Finally, the project aimed to extend across Europe, exchanging knowledge and effective strategies for achieving food sustainability with other European cities. This was accomplished with newsletters, conferences and online publications.

The Sustainable Food in Urban Communities project concluded in 2015. The information garnered during the three-year project was compiled into a handbook, which can be downloaded for free. The handbook serves as a guide for anyone who wants to bring more sustainable food practices to their city.

The 10 participants in this network concluded that the most sustainable foods are those that are locally grown, produced without pesticides, and minimize or eliminate wasteful packaging. URBACT participants also encouraged people to consume less animal protein.

Why the program is important:

The agriculture industry accounts for 30 percent of global energy demand and over 20 percent of greenhouse gas emissions. There is significant room for improvement, in terms of making food production more sustainable.

Part of the problem is that such a large percentage of the world’s population lives in cities (50 percent), but such a small percentage of our food is grown in cities (15 to 20 percent). This means that most of a city’s food supply must be transported from rural areas, which burns more fossil fuels. Growing food locally reduces those emissions.

Another major issue identified by URBACT is our high consumption of animal protein. A 2006 report by the United Nations concluded that livestock farming is responsible for roughly 18 percent of global greenhouse gas emissions. Multiple studies, such as this one from the American Journal of Clinical Nutrition, have concluded that a plant-based diet is far more sustainable than a meat-based diet.

Another problem with our current food system is the amount of waste it produces. According to the EPA, food packaging makes up 45 percent of the material in landfills in the United States. The URBACT project encourages consumers to buy less foods that come in packages in order to reduce waste.

The Sustainable Food in Urban Communities project has inspired many local governments and organizations to improve the sustainability of urban food supplies. Since the project concluded, many organizations have used the handbook to propose local policies that will reduce the greenhouse gas footprints of city food supplies. 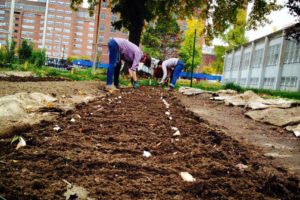 What they do: The Youth Farm is an education-focused production farm in Brooklyn that offers New Yorkers opportunities to increase...
Copyright © 2019-20 Hunter College New York City Food Policy Center. All Rights Reserved.
Back to top
Subscribe To Weekly NYC Food Policy Watch Newsletter
Subscribe to our weekly email newsletter today to receive updates on the latest news, reports and event information
We respect your privacy. Your information is safe and will never be shared.