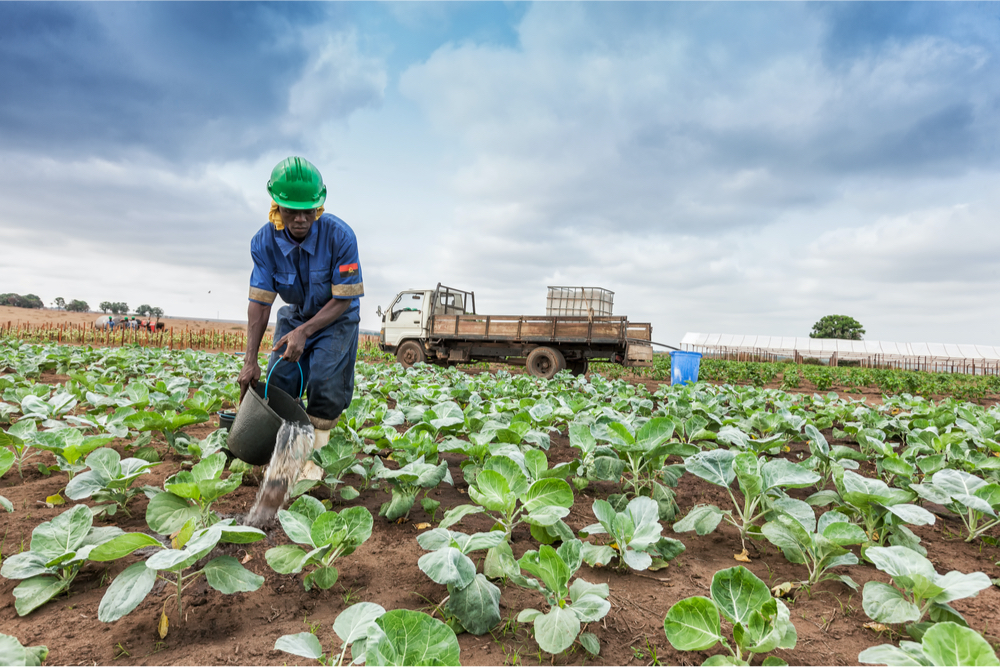 On March 22, the United States Department of Agriculture (USDA) announced a 15 percent increase in Supplemental Nutrition Assistance Program (SNAP) benefits through the end of September 2021. This estimated $3.5 billion in additional funds will provide individuals and households experiencing food insecurity with about $28 more a month to purchase groceries.

Additional financial support is being provided to the USDA in order to expand SNAP online purchasing and for the development of mobile payment technologies in order to make the implementation and access to SNAP benefits easier for all participants, with a particular focus on individuals living in rural areas and those with physical limitations.

The funding is provided by President Biden’s American Rescue Plan, which includes federal resources to reduce hunger across America, strengthen the food system, invest in rural America, and provide support to underserved and socially disadvantaged communities.

Food policy expert and advocate Marion Nestle notes that we still need federal funding for universal school meals and a comprehensive plan for a sustainable and healthy food system; however, this is a step in the right direction.

Early in March, the USDA announced a nationwide extension of several school-meal waivers that will allow all children to continue receiving school meals during the summer of 2021. As part of the USDA’s summer meal programs, the waiver extension will provide for safe meal distribution sites to serve all children free of charge, regardless of income, and will allow the summer meals to be served to-go and to be consumed outside of the normally required group settings.

The waiver extensions coincided with the Food Research & Action Center (FRAC)’s report on the pandemic’s impact on school meal programs, which found significant drops in school meals participation in 2020 compared to 2019, indicating that millions of children were missing out on free meals and disruption to the school nutrition budgets.

With a decreased number of meals served, schools get reimbursed with the less of the federal funding, even though production costs, including kitchen staff salaries and cooking equipment, remain fixed. Additionally, providing protective gear for employees and additional to-go packaging for meals added to the schools’ budgetary needs. By October 2020, school meal programs suffered almost $500 million in losses as a result of the pandemic.

Advocates praise the USDA’s announcement but continue to request further action to address food insecurity and access to school meals as the pandemic continues. With the uncertainty of whether the 2021-2022 school year will be in-person, online or a hybrid model, there is a push for waiver extensions through June 2022.

Agriculture Secretary Tom Vilsack announced at the School Nutrition Association’s Legislative Action Conference that the USDA will make a decision by the end of April regarding longer extensions on the waivers.

“[Black farmers] have lost a lot of their land. Some of them have died and their families got walked off the land. So we’re not going to help all of them, of course, but for the ones who are still alive and have land, we’re finally doing something that we should have done thirty years ago.” – Lloyd Wright, former director of civil rights at the USDA

The Biden administration is pledging to provide $5 billion in aid and debt relief for farmers of color, including black, Hispanic, Native American and Asian American farmers as reparation for the decades of discriminatory agricultural policies that have widening the economic gap between minority and other farmers. The USDA has a long history of racism, referred to by Black farmers as the United States’ “last plantation.”

Over the past century, black-owned farms have been subject to high foreclosure rates, exclusions from federal farm loans, and silence following complaints of bias. Current Agriculture Secretary Vilsack’s announcement is being met with both skepticism and pressure from black farmers, because many of their complaints were left unaddressed when he previously served during the Obama administration.

During a congressional hearing on March 25, John Boyd, president of the National Black Farmers Association, told Secretary Vilsack that “Black farmers don’t trust the United States Department of Agriculture” and that they “need to hear… that [the] USDA is open for business for black farmers.”

This month’s $1.9 trillion economic relief package includes $4 billion towards covering up to 120 percent of farmers’ and ranchers’ outstanding debt, and $1 billion specifically for farmers and ranchers of color to use for outreach, training, grants and loans. Secretary Vilsack said that details on how the program will work are coming soon

Feeding America published an updated report this month regarding the impact of the COVID-19 pandemic on food insecurity, in both 2020 and 2021. The report explains that the economic and public health impacts of the pandemic, including lack of access to sufficient food as a result of limited financial resources, caused years of declining food insecurity rates to quickly increase again. During 2019 the overall food insecurity rate in America was the lowest it had been in more than twenty years but was quickly upended at the beginning of the pandemic.

In New York City, the number of food-insecure individuals nearly doubled from 1.2 million to 2 million in the first six months of the pandemic. Research from the Hunter College NYC Food Policy Center and other food policy centers in New York City expect food insecurity to remain a persistent problem as long as the pandemic continues to create public health and economic challenges. Specific populations that have been noted as particularly vulnerable include immigrants, small food business owners, food workers, and children in households below the federal poverty level who rely on schools for most of their meals.

Based on this new report, Feeding America projects that 42 million people (1 in 8), including 13 million children (1 in 6), may experience food insecurity in 2021. This is a slight improvement from the report’s findings from 2020, which noted that 45 million people, including 15 million children, were experiencing food insecurity, although these rates are still higher than they were before COVID-19.

Feeding America attributes the slight improvement to the decreasing rates of unemployment as well as the crucial role the federal government has played in mitigating the crisis. The report highlights the importance of continued support from the government, the private sector, and the charitable food system to continue to address and decrease the amount of food security experienced in America.

October 29, 2013
Subscribe To Weekly NYC Food Policy Watch Newsletter
Subscribe to our weekly email newsletter today to receive updates on the latest news, reports and event information
We respect your privacy. Your information is safe and will never be shared.