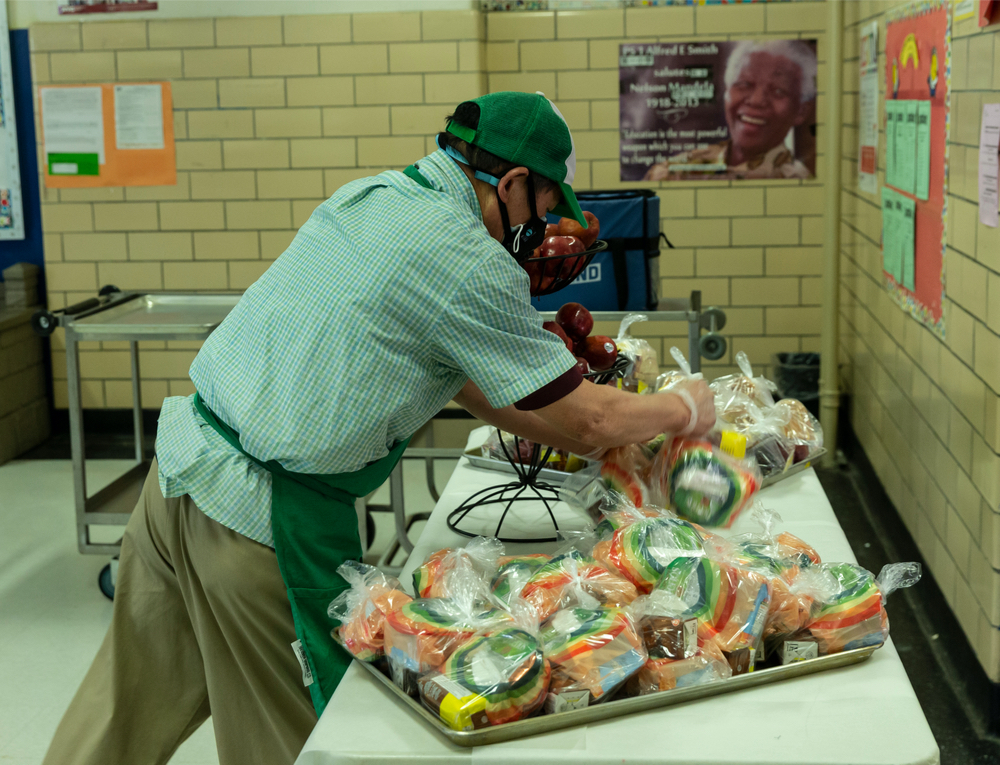 On March 7, New York City (NYC) Mayor Eric Adams lifted the mandate under Key to NYC that required restaurant patrons to be fully vaccinated against COVID-19 in order to dine indoors, stating that this would provide patrons and restaurateurs flexibility and encourage economic rebuilding. The announcement has been met with both excitement and hesitation.

It’s still up to the discretion of the individual restaurants whether or not to maintain their vaccination requirements u,and  some are choosing to do so, hoping to help diners feel more comfortable and workers safe while also  taking small steps toward full reopening. That decision led to protestors at Greenwich Village restaurant Dame, a day after the mandate was lifted. On the other hand, many restaurants are relieved and excited to report that they are “back” and reopen their doors to all patrons.

Earlier in 2022, a Biden administration official hinted that there might be “something small for restaurants” in the form of stimulus support. However, according to CNN journalist Manu Raju, Senate Committee on Small Business and Entrepreneurship chairman Ben Cardin said earlier in March that Republican opposition will mean that the Restaurant Revitalization Fund (RRF) is not going to be replenished.

Even with the lifting of the vaccine mandate for restaurants in NYC, OpenTable reports that reservations across the City remain  low. On the first day since the vaccine mandate was put in place in August 2021,citywide bookings were down 53.2 percent compared to the same data from 2020.

The Independent Restaurant Coalition, an organization urging Congress to pass relief for independent restaurants impacted by the COVID-19 pandemic, reacted with disappointment: “[T]his massive government funding proposal ignores the needs of 177,300 neighborhood restaurants and bars impacted by the pandemic.”

“The real heroes don’t wear capes — they wear aprons and gloves… The school workers who have gone above and beyond to ensure our children don’t go hungry have delivered for our children, day after day, because when our children eat right, we can help them live up to their potential, inside and outside the classroom.” – NYC Mayor Eric Adams

At a ceremony earlier in March, New York City Mayor Eric Adams and the NYC Department of Education (DOE) Chancellor, David Banks, alongside No Kid Hungry New York, recognized 32 “Hunger Heroes,” one from each of the City’s school districts. The Hunger Heroes include cooks, aides, and food service workers who have worked tirelessly to feed the City’s children, especially with COVID-19 disruptions and remote schooling. No Kid Hungry reports that staff members have served more than 100 million meals across the five boroughs since March 2020, with more than 8,000 DOE staff members providing meals to 800,000 students each day, even while school buildings were closed and students were learning at home.

During the ceremony, Mayor Adams also announced New York City’s upcoming involvement in the Mayors Alliance to End Childhood Hunger, a new initiative and collaboration among Share Our Strength’s No Kid Hungry and nearly 100 mayors across the country to combat child hunger. Before the COVID-19 pandemic (in 2019-2020), one in ten children experienced food insecurity, and during the pandemic, households with children experienced larger increases in food insecurity than households without children.

Fact Check: How is the Global Food Supply Impacted by Russia’s Invasion of Ukraine?

Ukraine is exporting approximately 20 percent less grains and sunflower compared to pre-invasion, which is leading to skyrocketing prices across the globe and food supply chain shortages. National governments have started to hoard food supplies, which US officials warn could be catastrophic for the global food supply.

Russia and Ukraine combined provide about 30 percent of the world’s wheat, but since Russian forces launched an invasion in February, ports and supply routes have been blocked. Now, governments across Europe, Africa, and the Middle East are struggling to find alternative food sources, and countries who could help fill this gap (including Hungary, Argentia, and Turkey) have placed restrictions on exports in order to maintain their own national food supplies.

The Food and Agriculture Organization of the United Nations (FAO) published a note discussing the fact that Russia and Ukraine play leading roles in global food markets, which have become increasingly vulnerable during the invasion. International food prices could rise by up to 20 percent as a result of the conflict, because  it is not clear whether Ukraine will be able to harvest crops if the war continues.

Within Ukraine, food is most urgently lacking for civilians that remain. A member of Ukraine’s parliament, Maryan Zablotskyy, reported to NPR that civilian deaths have been reported not only from direct shelling but also from a lack of water, and that the capital city, Kyiv, had just two weeks’ worth of food and water left by mid-March.

We call on all countries to keep their food and agricultural markets open and to guard against any unjustified restrictive measures on their exports. Any further increase in food price levels and volatility in international markets could threaten food security and nutrition at a global scale, especially among the most vulnerable living in environments of low food security.

November 18, 2013
Subscribe To Weekly NYC Food Policy Watch Newsletter
Subscribe to our weekly email newsletter today to receive updates on the latest news, reports and event information
We respect your privacy. Your information is safe and will never be shared.