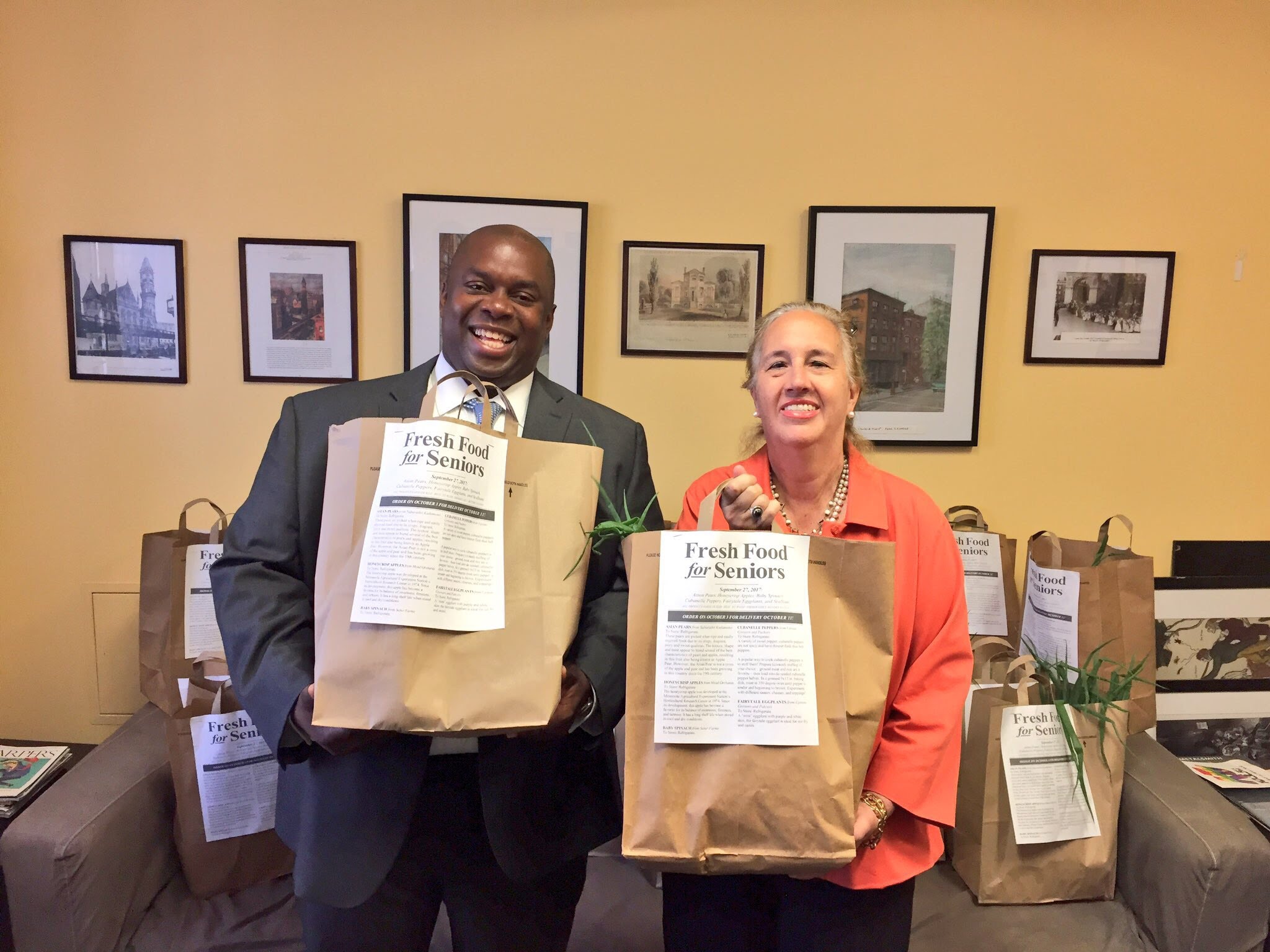 She was elected Borough President in 2013.

What she’s doing to advance food policy: Brewer launched the Fresh Food for Seniors Program in 2012, providing regionally grown, seasonal vegetables and fruits at a discounted price throughout the summer and fall. During the 2018 season, the program has delivered close to 5,500 bags worth more than $44,000, to seniors in the Upper West Side, Hell’s Kitchen, the West Village, Chelsea, Roosevelt Island and Northern Manhattan.

She issued the report, “Manhattan Supermarkets: How to Keep Them Alive,” with policy recommendations to stem the tide of supermarket closures, as well as the Age-Friendly Supermarket Guide, a census of senior-friendly features at 229 Manhattan supermarkets (including wheelchair accessibility, restroom availability, delivery costs and any available senior discounts).

She sponsored Local Law 50 of 2011 to amend the administrative code in relation to the city’s purchase of New York state food with the goal of increasing the use of locally grown and regionally processed foods in New York City as part of the Speaker’s FoodWorks Initiative.

What she enjoys outside of Borough Hall: Volunteers at at Holy Apostles Soup Kitchen in Chelsea. Tries to mentor younger generations; teaches public policy at Hunter College, and her office has dozens of interns at any one time.

July 22, 2016
Subscribe To Weekly NYC Food Policy Watch Newsletter
Subscribe to our weekly email newsletter today to receive updates on the latest news, reports and event information
We respect your privacy. Your information is safe and will never be shared.