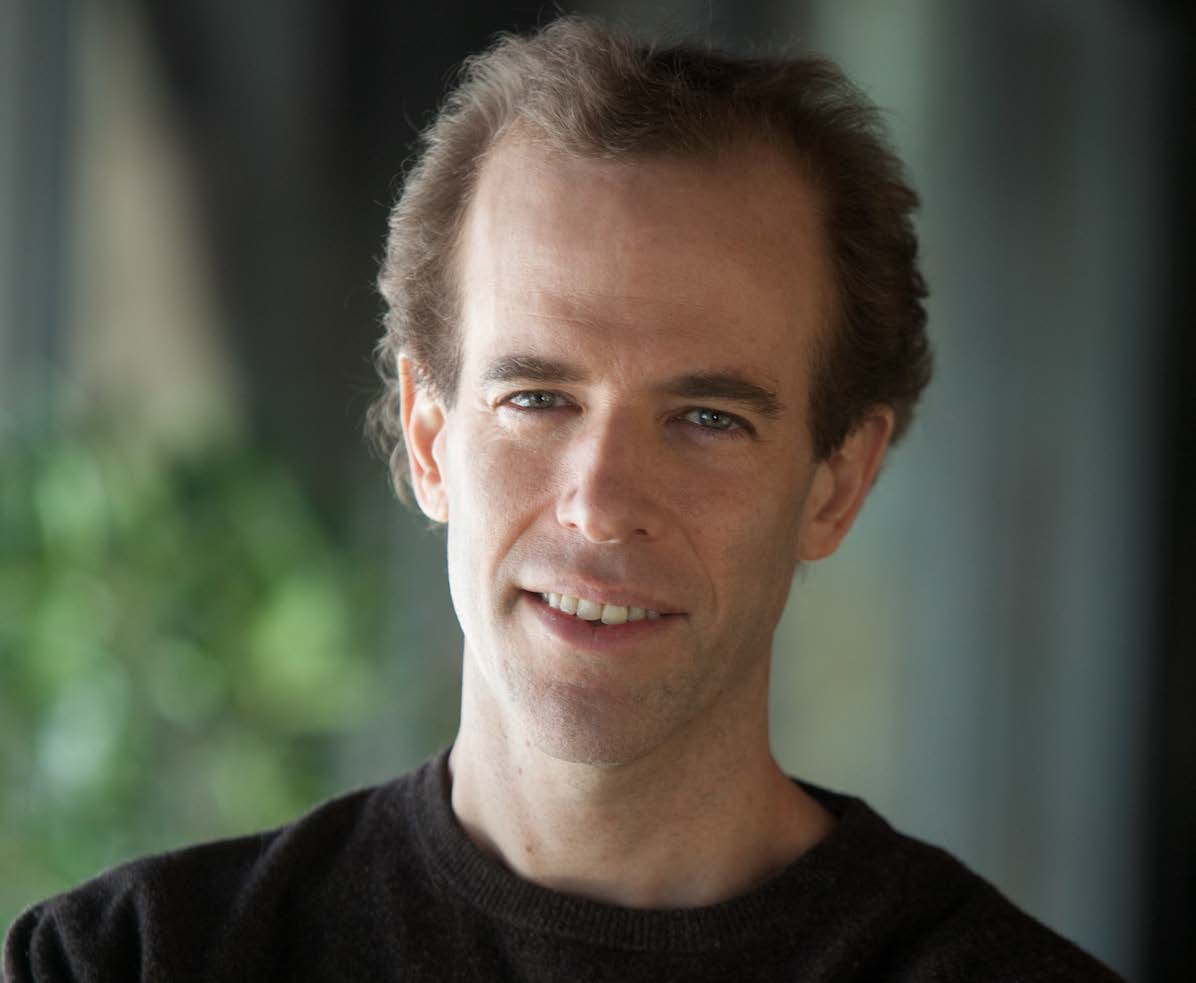 Dan Barber is the award-winning chef of Blue Hill, a restaurant in Manhattan’s West Village, and Blue Hill at Stone Barns, located within the nonprofit farm and education center Stone Barns Center for Food & Agriculture in upstate New York. Chef Barber, the author of The Third Plate (Penguin Press, 2014) is an innovative and recognized leader in food and agriculture policy. I had the opportunity to do an email interview with him and learn more about some of his thoughts and philosophy on food, farm-to-table restaurants, and being a chef.

Diet Detective: Hey Dan, thanks for the opportunity to interview you. I would love to know how you became interested in food.

Chef Dan Barber: I grew up in New York City but spent my summers haying the fields at Blue Hill, my grandmother’s farm in the Berkshires. She had a sense of responsibility about preserving the landscape, and I think that eventually translated into my feelings about food, which are to some extent that there is a responsibility attached to the way we eat or the place that we eat.

Diet Detective: Tell us about your overall food philosophy.

Chef Dan Barber: The hope is that we’re going beyond simply buying local ingredients; we’re trying to create a model of eating that supports the entirety of the Hudson Valley landscape. That’s not really a new idea. The greatest cuisines in the world evolved to suit specific environments.

Diet Detective: Can you explain the connection between Blue Hill (your restaurant) and Stone Barns Center for Food & Agriculture?

Chef Dan Barber: Our restaurant Blue Hill at Stone Barns is the for-profit partner (and tenant) of Stone Barns Center, an 80-acre non-profit farm and education center. It’s a very special place, located on what used to be the Rockefeller family’s dairy back in the 1930s, but the goal is to provide a model that can be replicated anywhere. Can we connect people to where their food comes from? Can we encourage more of a dialogue between chefs, eaters and farmers, where we can influence one another person’s decisions in the field and the kitchen to maximize health, economy and flavor?

Diet Detective: In terms of farm-to-table, eating locally, you’ve said the following in the New York Times: “More than a decade into the movement, the promise has fallen short. For all its successes, farm-to-table has not, in any fundamental way, reworked the economic and political forces that dictate how our food is grown and raised.” Can you briefly explain? That was from 2014 –is it getting any better?

Chef Dan Barber: To say that I’m a card-carrying member of farm-to-table is an understatement; I own a restaurant in the middle of a farm. So my goal is not to discredit the farm-to-table movement, but I do think we need to do more as cooks and eaters to move it forward and create a culture around the right kind of farming. In other words, how can we adapt our diets to meet the needs of nature? That’s going to involve some radical changes in how we eat, including moving away from the protein-centric plate of food and instead allowing grains, legumes, and vegetables to take center stage. But I think we’re moving in the right direction, especially now that more chefs are celebrating those ingredients on their menus.

Diet Detective: In your 2014 book, The Third Plate, you talk about wheat being something of a main character – can you explain? Why is wheat important – there is a sort of anti-bread/wheat movement going on today?

Chef Dan Barber: It seems to me that we don’t talk enough about wheat. Worldwide, it covers more acreage than any other crop, and it occupies an enormous part of our diets as well. But it doesn’t seem to capture our attention in the same way as, say, an heirloom tomato. As I started researching wheat for the book, I realized something else, which is that wheat is really at the heart of Western civilization. Communities came together around these networks of farmers, millers, maltsters, bakers, and cooks. We’re suddenly seeing a revitalization of those connections, and it reminds us that the story of wheat is the story of who we are.

Diet Detective: Do you think local foods are better for us? If so, better in what sense?

Chef Dan Barber: Buying direct from a farmer means you’re getting ingredients that were chosen for your locality and picked at the perfect time. Nothing is lost in nutrition or flavor during transportation and storage, which means the food is better for us and tastier, too.

Diet Detective: I read this in an interview from you: “Chefs are known for our ability to create fashions and shape markets. What appears on a menu in a white tablecloth restaurant one day trickles down to the bistro the next, and eventually influences everyday food culture. Which means we have the power to affect people’s eating habits.” Can you give us an example?

Chef Dan Barber: Just look at the recent kale craze, which started on restaurant tables in New York and now has its own holiday. That’s evidence of the chef’s influence. But there are more cautionary examples, too. I began cooking in the era of celebrity chefs like Paul Prudhomme, whose recipe for blackened redfish became so popular it nearly exhausted an entire species of fish.

Diet Detective: We like to think that organic farms are being run by caring, environmentally conscientious farmers­is that really the case? What are the major differences between industrial and organic farms and between the farmers that run them? Can you really trust any of today’s farmers, or anyone in the food industry for that matter? Basically, is American agriculture pervasively tainted by big business?

Chef Dan Barber: Of course, there are many trustworthy, caring, environmentally conscientious farmers out there, but we can’t rely on labels to define them. As consumers, we need to start asking questions about the way our food is grown that go beyond just where it comes from or whether or not chemicals were used. How is the long-term health of the soil managed? What kind of diversity is there on the farm­not just specific varieties, but what rotations of vegetables, legumes, grains and livestock? Those kinds of questions usually lead to a much better understanding of a farmer’s practices, and of how the food will taste.

Diet Detective: What is the one food policy change at the local (or state or federal) level that would have the greatest impact on health and food?

Chef Dan Barber: More government funding for public plant breeders­the people writing the recipes for our seeds. Most plant breeders today receive the majority of their funding from agribusiness, which means they are breeding for uniformity and yield rather than nutrition or flavor. Here’s one way to re-imagine our food for the better.

Diet Detective: Who and what influenced the way you think about food?

Chef Dan Barber: I’ve been lucky to get to know some brilliant farmers. Their methods differ, but they share a determination to work with nature rather than against it and to think about things from a biological perspective. That’s not something that chefs or eaters are trained to do, but we should be.

Diet Detective: What are some of the food, farm and food security issues that will be changed, solved, or made worse over the next 10 years? What should we expect as food advocates and food consumers?

Chef Dan Barber: The conversation around food waste is one that will continue to grow. Problems of this scope often feel insurmountable, but this is a case where consumers have enormous potential to make change. (After all, the average American family throws out about a quarter of the food they buy.) And the solution will invariably take the shape of more delicious food. If we do our jobs right as food advocates and consumers, in 50 years many of the items that we now discard as “waste” will be expected parts of our everyday eating.

Diet Detective: What’s the one kitchen utensil or tool you can’t live without?

Chef Dan Barber: A spoon. I use the same kind of spoon for everything: flipping ingredients in the pan, tasting a sauce, or plating a dish.

Diet Detective: What do you consider the world’s most perfect food?

Chef Dan Barber: Pasta and tomato sauce in the middle of August.

Chef Dan Barber: At home? Grass-fed milk from Blue Hill Farm and a morning haul of roots and fruits from the NYC Union Square Greenmarket. We live a few blocks away, so I walk there with my wife and daughter most days.

Diet Detective: Your last meal would be?

Chef Dan Barber: A particularly punishing culinary internship in Provence­which on the surface doesn’t sound that punishing, I know.

Quick thoughts on the following:

September 14, 2016
Subscribe To Weekly NYC Food Policy Watch Newsletter
Subscribe to our weekly email newsletter today to receive updates on the latest news, reports and event information
We respect your privacy. Your information is safe and will never be shared.