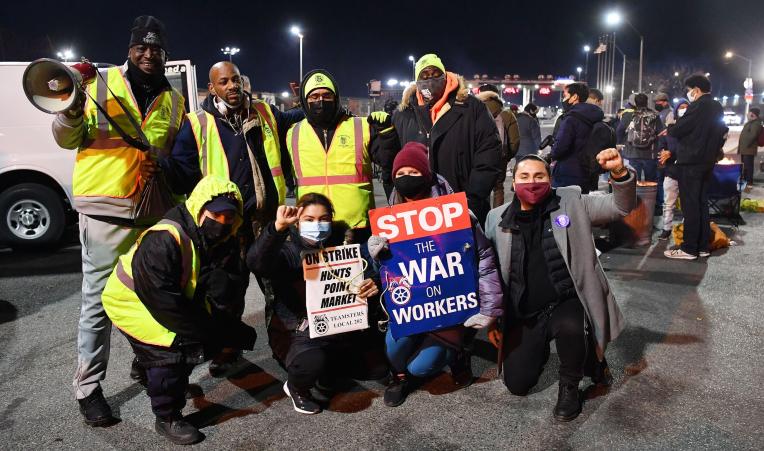 Why They’re Food Heroes: All workers at the Hunts Point Produce Market worked incredibly hard and through unprecedented conditions to ensure that New York City was supplied with produce and other foods. As a result of the Teamsters Local 202 (the workers’ labor union) strike in January 2021, market workers will see a $1.85 per hour raise over three years. Workers were at an especially high risk of catching COVID-19, and hundreds of workers caught the virus from March 2020 until January 2021. To accommodate this risk, workers (members of the labor union Teamsters Local 202) asked for a $1 per hour raise. Management responded by offering a $0.35 per hour raise, which was not enough. Workers began striking on January 17, 2021, and reached agreement on January 23, 2021.

Background: The Hunts Point Food Distribution Center is the single most important food hub in New York City, and it is staffed primarily by local residents of Hunts Point, the Bronx. Part of the center includes the Hunts Point Produce Market, whose essential workers of the market were earning, on average, $18-21 per hour before the strike.

Work: Strikers included workers from all parts of the market, including warehouse workers and train operators. Throughout the pandemic, workers at the market have kept New York City fed by supplying anywhere as much as 60% of the city’s produce.

Awards, Praise and Honors: Multiple news outlets have called the outcome of the strike a major victory for workers (see here, here, and here).

April 22, 2020
Subscribe To Weekly NYC Food Policy Watch Newsletter
Subscribe to our weekly email newsletter today to receive updates on the latest news, reports and event information
We respect your privacy. Your information is safe and will never be shared.