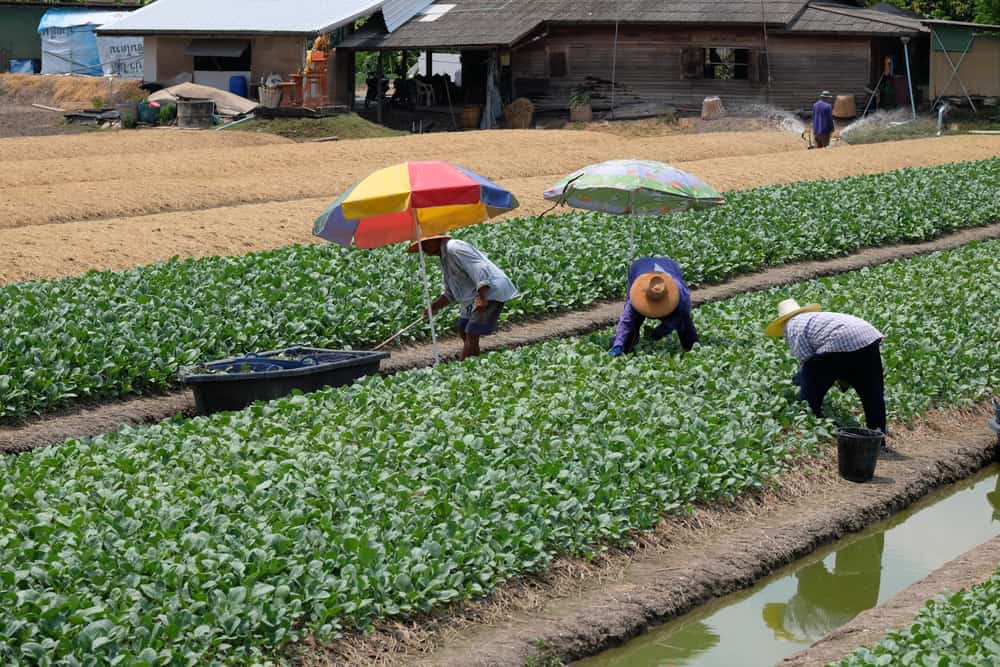 Overview: A landfill in Thailand has been converted into an urban farm to feed the hungry.

How it works: An architectural firm, Jaibaan Studio, has obtained approval from the governor of Chiang Mai to create an urban farm on a 4,800 square meter plot of land that had been used as a landfill for more than 20 years.

After clearing out the garbage, leveling the soil, and adding new topsoil to create gardening beds, they  began a campaign to raise awareness about the farm and to request donations in the form of plants, seeds, gardening tools, and fertilizer. They also received a small grant from the Community Organizations Development Institute (CODI), which was used to create a bamboo structure for meetings and farmers’ markets.

When the land was ready for planting and all necessary equipment had been gathered, Jaibaan Studio and CODI invited community members to plant the seeds. Regular events were scheduled to allow community members of all ages and backgrounds to work in the garden.

Community members have signed up to care for the garden, and families in need are able to harvest and take home any plants that they want or need.

Progress to date: The idea to start an urban farm at the landfill site arose in March 2020. The first public event was in June, and by July, many fruits and vegetables were already growing and community members were taking home crops to feed their families. In September, a workshop was held to train those who wanted to become a permanent part of the farming team and to create a plan for managing the farm. In November, the mayor of Chiang Mai gave his permission to continue using the land for community farming and pledged his support for the project.

Why it is important: Chiang Mai’s economy is largely dependent on tourism, but the COVID-19 pandemic forced Thailand to close its borders to tourists and left many Chiang Mai residents without jobs or any source of income.

Because of pandemic-related disruptions to the worldwide food system, global food insecurity increased by  approximately 82 percent in 2020. Community and urban gardens are a low-cost way to increase access to nutritious fruits and vegetables in areas where food insecurity is prevalent.

Program/Policy initiated: The urban farm opened to the public in June 2020.

Similar practices: While urban farms are becoming more common around the world, it is unclear whether any others were developed specifically in response to food insecurity resulting from the COVID-19 pandemic.

Evaluation: While specific numbers have not been published, the Chiang Mai farm is said to have helped increase food security among local residents.

Tackling Food Insecurity Among the Aging in...

July 24, 2019
Subscribe To Weekly NYC Food Policy Watch Newsletter
Subscribe to our weekly email newsletter today to receive updates on the latest news, reports and event information
We respect your privacy. Your information is safe and will never be shared.