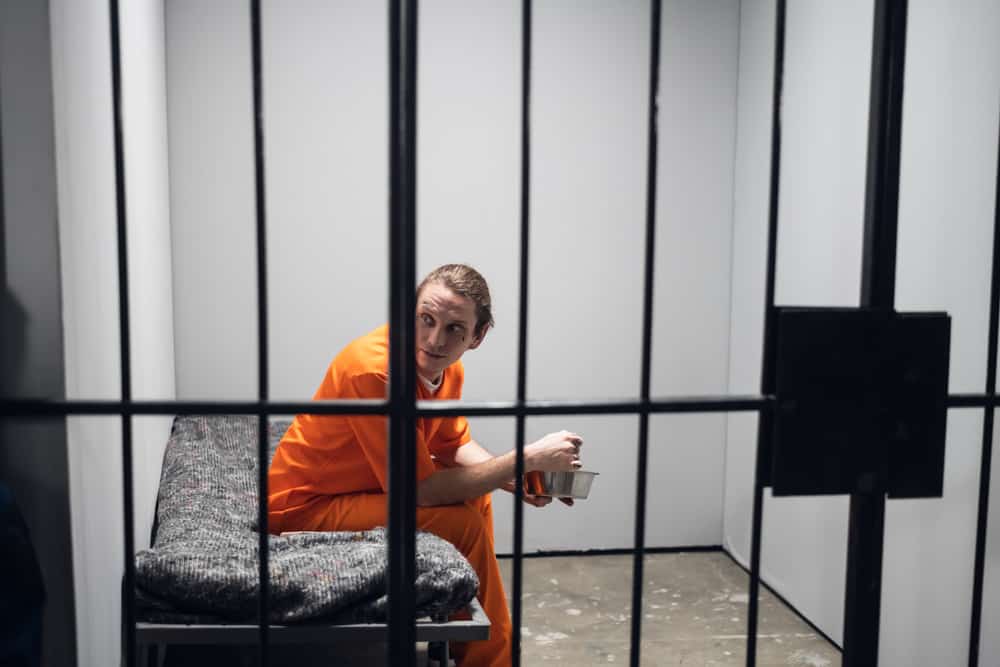 A new report from the advocacy group Impact Justice, reveals the results obtained from people who were formerly incarcerated and interviews with current and former correctional staff about food served in prisons across the country. The report includes information from 250 surveys conducted with formerly incarcerated people plus 42 interviews with current and former staff members from correctional facilities. Ninety-four percent of respondents reported that they did not get enough food to feel full while in prison, and 75 percent reported having received spoiled food.

Impact Justice focuses on improving conditions for those currently incarcerated and helping former inmates rejoin their communities. While the United States has almost a quarter of the world’s prison population, the average daily cost of food per person is well below $3, and the United States continues to struggle to cover the cost of the incarcerated population. Mass incarceration incentivizes low-cost meals, even at the expense of health and respect.

Lawmakers in a number of states have reduced the cost of feeding their imprisoned populations by reducing the number of meals served and providing smaller portions or poorer quality food. Impact Justice notes that “for people who are incarcerated, the unhealthy, unappetizing and often inedible food in prisons robs them of dignity, humanity, and health.” Impact Justice notes that poor food quality, portion size, and sub par nutrition are used as further punishment while in prison, all which are also associated with chronic conditions that affect people long after their time in prison.

Previous studies have reported that incarceration often increases body mass, putting the incarcerated population at higher risk of chronic conditions associated with obesity and overweight such as diabetes, hypertension, and heart disease. With the COVID-19 pandemic, risks have been underscored and exacerbated. One in 20 Americans has contracted COVID-19, as compared to one in five prisoners in state and federal penitentiaries.

In 2020 Impact Justice, in partnership with the University of California Nutrition Policy Institute, obtained a grant from the California Department of Food and Agriculture to increase the amount of local produce provided in prisons. Their report highlights corrections leaders who are taking steps towards “client-oriented” approaches, but notes that, to create real change, all levels those involved,from staff to policymakers, need to be on board.

On day one of his presidency, President Joe Biden unveiled a $1.9 trillion COVID-19 relief plan, that included directing funds in the Paycheck Protection Program to businesses that need it most and requested guidance from the Occupational Safety and Health Administration (OSHA) on how to keep workers protected from COVID-19. However, the plan does not mention restaurants or grocery workers specifically.

The administration has yet to explain how funds will be channeled to businesses in need, including restaurants, but did mention that the relief plan would impact  the restaurant industry:

Quote of the Month: Hunts Point Market Workers Strike for a Raise

The first strike in 35 years at the Hunts Point Distribution Center meant that hundreds of workers who are in charge of unloading goods to the market were instead blocking the entry to make sure no one and none of the food products got in. Workers who spoke to the publication site The City said that “management’s reluctance to give…a $1 hourly raise pushed them over the edge.”

According to Rebuild By Design, the Hunts Point Food Distribution Center distributes food to 22 million residents in the region, generates a $5 billion annual economy, and provides 20,000 jobs, including the 8,500 above-mentioned unionized positions within the Distribution Center itself. As of 2016, approximately 19 billion pounds of food from approximately 42,000 separate point-of-sale outlets were distributed throughout New York City each year.

The workers on strike noted that a $1 hourly raise would help them to better support their families during the pandemic and it would show them that their work is appreciated. The strike lasted for almost a week and ended with a three-year contract that will provide a raise of 70 cents per hour for the first year, increased to $1.85 by the third year, meaning that most workers will be earning more than $20 per hour.

The strike attracted the attention of many local politicians and activists, gained support from other unions, and was brought to the national stage when Rep. Ocasio-Cortez handed out Cafe Bustelo and hand warmers to workers on Wednesday, January 20, the same day as Joe Biden was inaugurated as President. Rep. Alexandria Ocasio-Cortez had said “the more that we talk about this, the more that everybody can put on the pressure so that we not just get a buck, but so that we can change lives for people across this country.”

On Friday, January 22, almost a dozen New York congressional Democrats called on the federal government to intervene and demanded federal mediators to investigate law enforcement abuse at the strike earlier in the week, including the arrest of five workers, when 300 NYPD officers in riot gear entered the scene.

Fact Check: How do the 2020 Dietary Guidelines for Americans Shape Up?

The MyPlate guide that replaced the Food Guide Pyramid back in 2011 still remains the model, emphasizing that all plates should be divided into quarters for Protein, Grains, Fruits, and Vegetables with a glass to the side representing Dairy.

One update to the guidelines is that they are organized by stage of life, including those specifically for children under two years old as well as for women who are pregnant or lactating.

The New York Times and food politics expert Marion Nestle both emphasize that the Dietary Guidelines mention the COVID-19 pandemic and its implications for food and dietary guidance only once, with no mention of its impact on food systems as a whole. In addition, there is also no discussion of the effects food production and consumption have on the environment and climate change. Americans continue to be encouraged to eat whole grains, fruits, vegetables, nuts, seafood, and low-fat or nonfat dairy products, but the new Guidelines fall short of explaining many of the intricacies of the food system and some important aspects of the nation’s nutritional needs.

April 18, 2019
Subscribe To Weekly NYC Food Policy Watch Newsletter
Subscribe to our weekly email newsletter today to receive updates on the latest news, reports and event information
We respect your privacy. Your information is safe and will never be shared.