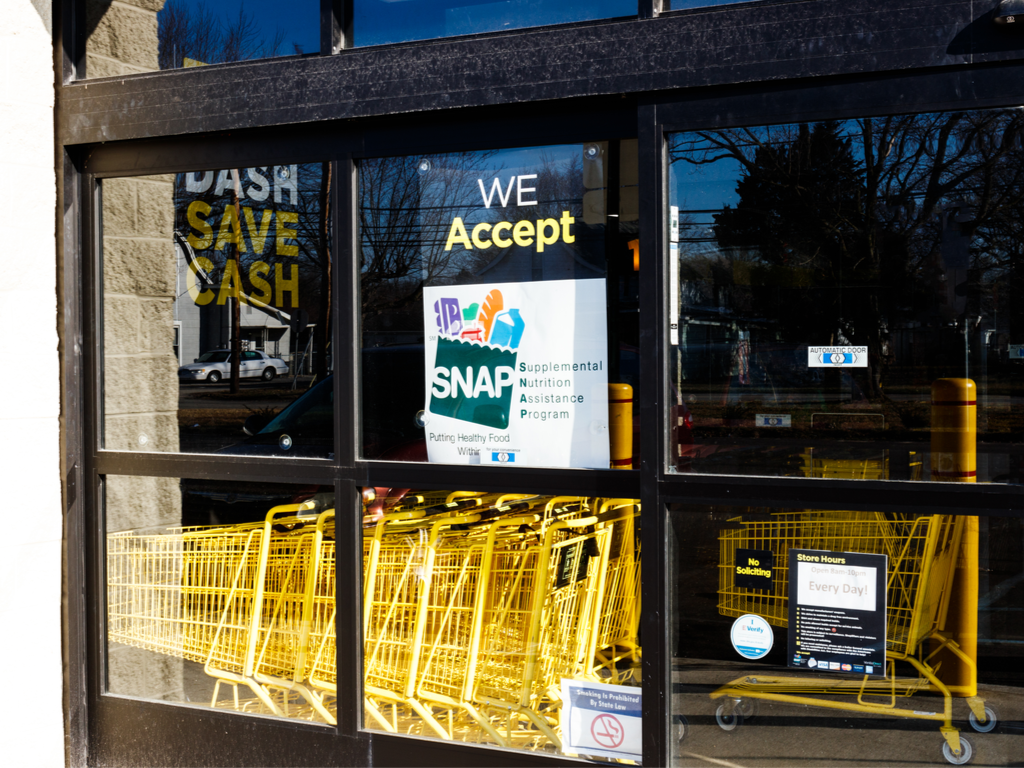 During the first week of December, the Trump administration gave final approval to a rule that removes nearly 700,000 people from the Supplemental Nutrition Assistance Program (SNAP). The new rule, which was proposed earlier this year, affects individuals ages 18 to 49 who do not have children and are not disabled. Under current rules, this group of people (known as able-bodied adults without dependents or ABAWDs) is required to work at least 20 hours a week for more than three months over a 36-month period in order to qualify for SNAP. Individual states have been able to create waivers in areas most stricken with unemployment, but the new ruling will limit the ability of states to waive these standards. The final ruling changes the areas that can be waived and other criteria that qualifies ABAWDs for a waiver.

The New York Times quoted Sonny Perdue, Secretary of the United States Department of Agriculture (USDA), as stating that “government can be a powerful force for good, but government dependence has never been the American dream,” and this ruling is meant to encourage employment rather than extending an “indefinitely giving hand.”

A study by the Urban Institute released this month examined the finalized rulings and found that 3.7 million fewer people will receive SNAP benefits each month and 982,000 students will lose access to free or reduced-price lunches. A Mathematica Policy Research and the Robert Wood Johnson Foundation study from earlier this year concluded that 97 percent of the SNAP participants who would be affected by the waiver restrictions live in poverty, and 88 percent have household incomes of less than $600 a month or at or below 50 percent of the poverty level, the indicated measure of income used by the U.S. government to determine eligibility for subsidies, programs, and benefits based on household size and yearly inflation rates.

More than 140,000 overwhelmingly negative comments from the public were submitted on the rule. Opposition is high and states are saying that it will impose a huge burden on social service agencies. Congressional Democrats have threatened to sue if the change goes into effect on April 1, 2020 as planned.

A study published earlier this month in the Journal of Epidemiology & Community Health stated that there is little evidence to show that nutritional labeling impacts consumers’ eating and drinking habits and found that a label including the duration of physical activity needed to expend the calories in a food or drink product on a menu might encourage them to make healthier choices.

This new research from Loughborough University in the UK focused on physical activity calorie equivalent (PACE) food labeling as an environmental intervention seeking to “nudge” the public towards making healthier food choices from menus and reducing their risk for disease by increasing their understanding of what a calorie means in terms of their everyday life.

Results suggest that labels containing PACE information reduced the number of calories selected when compared to either no labeling or labels with only calories on menu items. PACE labeling shows some promise in encouraging consumers to choose lower-calorie options from menus. The research suggests that PACE labeling could lead to food choices of around 200 calories less per person per day. However, there are not many studies comparing PACE to conventional menu labels, and the new study’s findings are not consistent with those of other reviews that reported no effect from PACE labeling on the number of calories selected from menus.

It’s also relevant to note that lower-calorie options are not always the healthiest options, and there are more factors involved  in making healthy choices from menus. Further research needs to be done in order to challenge this aspect of the efficacy of PACE labeling. Loughborough’s Professor Amanda Daley, who led the research team, told online news source Food Navigator that public health agencies should begin considering policies to promote PACE labeling “as a way to contribute to the prevention and treatment of obesity and related disease.”

“To me, two of the most pivotal things that happened in the last 10 years with respect to food justice and race in the food system were the elections of President Obama and President Trump.” – Nina Ichikawa, the executive director of the Berkeley Food Institute, in an interview with American food system news source Civil Eats

As the present decade comes to a close, Civil Eats spoke with food justice leaders about how the food system has changed over the past ten years and how it continues to be shaped by structural racism and racial injustice. Ichikawa notes that after President Obama was elected, there was hope and efforts were made to reduce food inequalities and improve health outcomes across America. She mentions that many such efforts acknowledged the role played by race and aimed to change racial inequality as related to food justice. Ichikawa mentions previous First Lady Michelle Obama’s efforts to fight childhood obesity and minimize health disparities as one example of steps forward and changes made in the food systems.

The next pivotal moment for the food system, according to Ichikawa, came when President Trump was elected on “an explicitly racialized platform… that has also continued to shape our food system in a different way.” She mentions the age of “terror and hate directed at many Americans” and that “the food movement is absolutely not separate from what else is happening in this country.”

There is no shortage of evidence that the relationship between race and food insecurity is strongly intertwined with other determinants of health, including poverty, unemployment, incarceration, and disability. As a new decade begins, there is a continued need for improvements within the country’s food system, specifically those focused on reducing the racial gaps in food access, food security, and nutrition education through increased.  social justice.

According to the Dietary Reference Intakes, which are the reference values for how much of a nutrient is recommended daily issued by the Food and Nutrition Board of the Institute of Medicine,  the recommendation of vitamin C is 75mg for adult females, 90mg for adult males;and 15mg to 75mg for children, depending on their age and gender. Research shows that a vitamin C supplement of 200mg or more does not actually reduce the risk of catching a cold, although it might reduce  its duration by 10 percent, which means that instead of ten day the cold might last only nine. That said, however, randomized and non-randomized trials on the role of vitamin C in the prevention and treatment of the common cold suggested that a dose of 1000mg or more of vitamin C daily during the winter months had no beneficial effect on the incidences of the common cold.

There are two types of vitamins: fat-soluble and water-soluble. Water-soluble vitamins dissolve in water and pass into the blood through digestion. The body isn’t able to store these vitamins, so they need to be replenished regularly through diet. Fat-soluble vitamins are absorbed, stored in fatty tissues, the liver, and the kidneys.Vitamin C is water-soluble, which means that the body cannot store what it does not need or use. d  Any excess is excreted in the urine. So consuming more than 100 percent of the daily recommended intake does not have an impact on cold prevention.

Though too much dietary vitamin C is unlikely to be harmful and will be excreted out, overloading with larger-than-normal doses of vitamin C can actually cause the vitamin to accumulate lead to symptoms such as stomach upset and diarrhea.

India Requires All Schools to Have Kitchen Gardens

Grenada Says Goodbye to Sodas and Sugary Snacks in Schools

Towards a NYC COVID-19 Food Response in...

You decide how to spend $1 Million

September 30, 2014
Subscribe To Weekly NYC Food Policy Watch Newsletter
Subscribe to our weekly email newsletter today to receive updates on the latest news, reports and event information
We respect your privacy. Your information is safe and will never be shared.