The Price of Food in NYC: A Comparison of Supermarkets 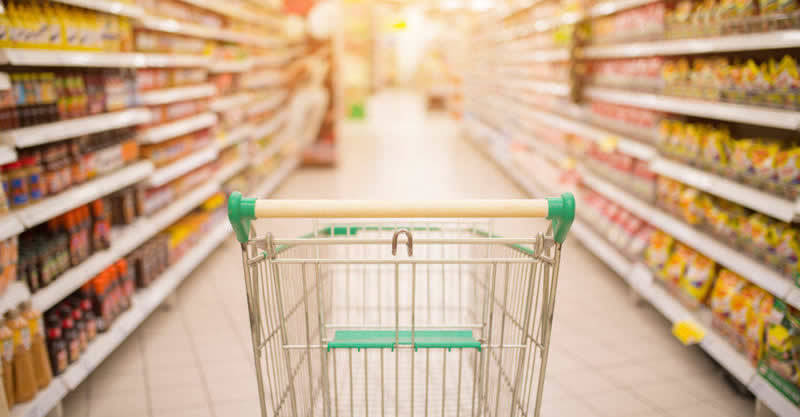 Can a half gallon of milk cost $1.59 in one neighborhood and $4.84 in another that’s only a few miles away? Between February and April of 2017, under the direction of the Hunter College NYC Food Policy Center, 30 undergraduate Hunter College Nutrition students visited 41 supermarkets and farmers’ markets in their neighborhoods to answer that question.

Our nutrition students hit the pavement and traveled from Elmhurst, Queens, to Cobble Hill, Brooklyn, and from Staten Island to the Upper East Side of Manhattan to collect data on the cost of 15 specific, preselected food items (e.g. eggs, bread, milk) in all of the five major food groups.

The data collected was impactful and will hopefully lead to more formal research into food pricing in New York City and beyond.

As we know, there is no silver bullet for creating access to healthy food. Numerous factors, including convenience, affordability, transportation, previous shopping experiences, and even the weather can impact a person’s ability and/or desire to purchase fresh, nutritious food (see here, here and here).

The data from this survey shines light on the wide variation in the cost of specific healthy food items and demonstrates that shopping for healthy foods on a budget isn’t easy. Shoppers have to be savvy, mindful, aware, and often willing to travel some distance to find healthy foods at the best price in New York City.

Why is this type of research so important? More than 1.3 million New York City residents, 16 percent of the city’s population, are food insecure and 1.7 million receive Supplemental Nutrition Assistance Program (SNAP, or food stamp) benefits. At the same time, diet-related diseases are epidemic: more than half of adult New Yorkers are overweight (33 percent) or obese (24 percent), more than one in ten are living with diabetes, and more than one in three have cardiovascular disease.

The foods we chose to look at were from the U.S. Department of Agriculture (USDA)’s list of Foods Typically Purchased by SNAP Households, however, several substitutions were made to include foods we believed to be healthier than those on the original list. (See Table 1).

For example, sliced white bread, a top-seller according to the USDA report, was changed to 100 percent whole wheat/whole grain bread, and oranges were selected instead of 100 percent orange juice.

It is clear that many factors impact the price of food, including whether it is store brand or name brand, the time of year, if it is local and/or organic, as well as the weather, environment, and the economy overall. We accounted for some of these factors, but focused primarily on the absolute lowest and highest priced items.

The price of food varies widely across the city. The table below shows the wide variation in prices for select food items at brick and mortar supermarkets.

For example, a half-gallon of 1 percent plain milk can range from $1.39 (365 Everyday Value, non-organic) at Whole Foods in Gowanus, Brooklyn, to $7.99 at Gristedes (Stonyfield Organic) on the Upper East Side.

Similarly, the price of a dozen large eggs can be as inexpensive as $1.00 (Jack’s Egg Farm, non-organic) at Shop Fair in Jamaica, Queens, and as expensive as $8.99 (Vital Farms, organic) at Whole Foods in Union Square. (See Table 2)

To look at the cost of milk another way, we took the lowest- and highest-priced milk at each supermarket and calculated the average price. The average cost of a half-gallon of 1 percent milk across all 43 markets ranged from $1.59 to $5.34, with an overall average of $4.05.

And while we may have thought that milk should be cheaper, or more expensive, in lower- or higher-income neighborhoods, we did not find such a pattern. In fact, the cost of milk varied widely across neighborhoods, boroughs, and socioeconomic populations.

Looking at Food Prices Across All NYC Boroughs

What follows is a chart of the average cost of food items from the 35 supermarkets we surveyed (not including farmers’ markets because food is typically more expensive there). (See Table 3).

Here are a few notes on the above chart–almost all of the food items on our list were available at the selected supermarkets, however, 100 percent whole grain bread (where the first ingredient is a whole grain, not whole wheat) was unavailable at 30 percent of the supermarkets. Of those, more than half (62 percent) were in poverty neighborhoods.

What determines if a food is considered organic? Only food producers who comply with federal rules governing the term organic can call their food “certified organic.”

Additionally, organically raised animals must be given organic feed only, kept free of growth hormones and antibiotics and have access to the outdoors. You can view all the organic standards here.

It is not surprising that more of the highest-price items, as opposed to the lowest-price, were organic.

However, it is interesting to note that for some items (i.e., bread, cereal, eggs, yogurt, lettuce, and green beans) between 7 percent and 44 percent of the lowest-price items were actually organic. (See Table 4). Therefore, it is possible to find affordable organic food and produce.

We more closely examined the data gathered in Brooklyn, where we were able to survey more supermarkets than in the other boroughs, as most students lived or worked in Brooklyn.

Below is a list of the Brooklyn supermarkets the students visited. (See Table 5). They are divided into “poverty” and “non-poverty” neighborhoods based on New York City’s Poverty Tool.

This tool differs from the official federal poverty guidelines by adjusting for the high cost of housing in New York City, expanding the scope of the data used in its designations to include, for example, the impact of income and payroll taxes, the value of programs intended to alleviate poverty (like SNAP), and housing subsidies.

The following is the average cost of food items by Brooklyn neighborhood. (see Table 6).

The Center was interested in understanding how food prices vary across NYC, and whether there are differences from one borough to another, or between poverty and non-poverty neighborhoods.

While this was a very preliminary investigation of a convenient sample of supermarkets, we hope it sheds light on the wide variation in pricing of various foods across the city, and draws attention to the need to continue examining such price differentials.

Future studies should look more specifically at organic vs non-organic, local vs not, on sale vs not, as well as discuss how prices compare to the national/regional average.

Good and Cheap by Leann Brown

Learn How to Buy Quality Vegetables

USDA Healthy Eating on a Budget

What NYC Is Doing To Help

In the past decade, New York City has increased efforts to address these inequities, and much of that work has focused on improving and expanding supermarket access for underserved residents to increase availability of fresh, healthy, and affordable foods.

Limitations of This Survey

Students were given specific instructions for collecting data and it is important to note the following limitations:

We would like to thank the wonderful Hunter College Nutrition Students who made this study possible. 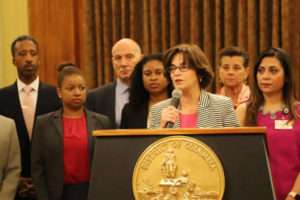