Testimony: A Local Law to amend the administrative code of the city of New York, in relation to exempting certain grocery stores from the commercial rent tax. Int 1472-2017 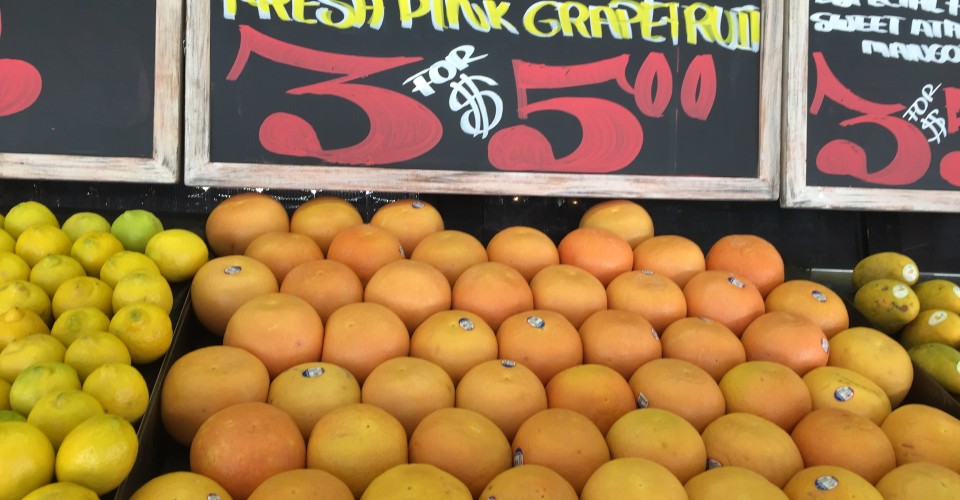 Testimony to the New York City Council: The Committee on Finance

A Local Law to amend the administrative code of the city of New York, in relation to exempting certain grocery stores from the commercial rent tax. Int 1472-2017

Thank you to Chairperson Julissa Ferreras-Copeland and the members of the Committee on Finance for the opportunity to submit written testimony regarding the proposed Local Law to amend the administrative code of the city of New York in relation to exempting certain grocery stores from the commercial rent tax.

I am grateful to Council Member Johnson, and the Manhattan Borough President, Gale Brewer, and their staff, for their work that went into proposing this bill, which seeks to exempt certain grocery stores from the commercial rent tax. The eligibility of the exemption requires stores to meet certain floor space and affordability requirements, as well as improve access to healthy, affordable food for NYC residents. I would urge this committee and the City Council to support this important legislation.

I am providing written testimony on behalf of the New York City Food Policy Center at Hunter College, of which I am the executive director. The Center was created in 2012 to develop collaborative, innovative and evidence-based solutions to preventing diet-related diseases, and promoting healthy eating and food security in New York City and other urban centers. The Center works with policy makers, community organizations, advocates and the public to create healthier, more sustainable food environments. We thank the City Council and the Speaker’s office for their support of our Center.

Ensuring Supermarkets Remain Open and Affordable
What we know is that New York City is rapidly gentrifying. Some neighborhoods saw more than a 78 percent increase in median household rent from 1990 to 2014. Citywide, median rent is increasing dramatically: while rents rose by 1.9 percent between 1990 and 2010, between 2010 and 2014 rents rose on average 22 percent, according to the NYU Furman Center.1 With the increase in rent and much higher property taxes often comes the loss of old standby supermarkets, such as the Pathmark, which work on very thin margins. The city also lost about 300 green grocers, or family-owned stores of less than 7,000 square feet, between 2005 and 2015.2

As New York City watches its neighborhoods change, it is critical that it keep pace to protect the health of residents. Ensuring that supermarkets remain affordable—by incentivizing them to remain in, or locate to, areas of need—provides residents with the basic right to healthy, affordable food.

When it comes to supermarkets, food access and economic ramifications can be minor in comparison to the disruption of a community’s sense of safety, identity, and social capital. Variables in research cannot account for whether the floor is covered in cardboard boxes or non-slip mats, whether familiar faces fill the aisle every day, or whether the store owner knows his customers’ names, for instance. It’s vital to support NYC supermarkets (and greenmarkets).

The New York City Food Policy Center at Hunter College is in full support of the proposed legislation: A Local Law to amend the administrative code of the city of New York, in relation to exempting certain grocery stores from the commercial rent tax, for the following reasons:

1. Supermarkets increase healthy food access, which is critical for New York City residents.
2. Supermarkets are more than simply sources of food, they provide social capital for a community.
3. Exempting supermarkets/grocery stores from the commercial rent tax immediately helps the bottom line profitability of these entities, which work on very thin profit margins.

The Need for Healthy Food Access
The need for all residents to have access to healthy food is clear. Like the rest of the country, New York City remains in the midst of an epidemic of hunger as well as food-related diseases:
• More than half of adult New Yorkers are overweight (33 percent) or obese (24 percent), and obesity is associated with poorer mental health outcomes, reduced quality of life and some of the leading causes of death in this country: diabetes, heart disease, stroke and certain cancers.
• More than one in ten New Yorkers are living with diabetes, putting them at increased risk of heart attack, stroke, blindness, kidney failure, nerve damage and amputations.
• More than one in three adults lives with cardiovascular disease. Heart disease and stroke are among the leading causes of death in New York City.
• 1.3 million New York City residents, or 16.4%, are food insecure or hungry.

Further, New Yorkers are not meeting the federal dietary recommendations; only 10 percent of New Yorkers are consuming the recommended daily servings of fruits and vegetables, and 12 percent consume none.

Supermarkets and Food Access
Many factors contribute to an unhealthy diet, and no single program or policy will change the way residents eat or shop. This legislation, however, complements and bolsters the city’s ongoing food access efforts, such as Shop Healthy NYC, the Food Retail Expansion to Support Health (FRESH), Green Carts, Health Bucks, and Stellar Farmers Markets, to name a few. Taken together, these initiatives contribute to increased access to fresh, affordable, healthy food in underserved communities.

The Intangible Benefits of Supermarkets
While research is abundant on the impact of a grocery store on neighborhood food access and affordability, there is much less attention on the more intangible benefits of markets. Grocery stores are where neighbors meet, where weekly traditions come to fruition, and where familiar faces are found—it is not simply about buying food. When a neighborhood loses a store, not only are there negative impacts on perceptions of food access, jobs, and the micro-local economy, but also a disruption to a community’s sense of safety, identity, and social capital. Even residents who do not regularly shop at a store feel the impact when one closes, as if the neighborhood is in decline. So when a market opens, it can increase someone’s sense of pride in their community—a step forward.
How Can NYC Measure Affordability?

The proposed legislation is designed to exempt supermarkets that sell “affordable” groceries. To measure affordability of supermarkets, so that entities receiving the CRT exemption remain within reach for lower-income residents, we suggest considering an affordability formula that could be applied to each retailer. Typical “food affordability indexes” are the ratio of un-/low-skilled labor wages to the price of one or more foods. A modified index could simply be the cost of a “market basket” of food items, which cannot be exceeded by 10% in order to qualify for the exemption.

For example, a market basket could contain two foods from each of the major food groups: grains, vegetables, fruit, dairy, and meat/eggs (see table below). The items could be selected based on what low-income consumers frequently purchase; these data are available from the U.S. Department of Agriculture (USDA), which publishes “Foods Typically Purchased by SNAP Households.” To promote healthy eating, the list could be modified to favor healthier products using the NYC Food Standards as guidelines. For example, in the suggested list below, sliced white bread, a top-seller according to the USDA report, was revised to 100% whole wheat/whole grain bread, in accordance with the Standards.

Benchmark prices for market basket items could be set based on the USDA’s National Retail Reports, which document the advertised prices for various goods to consumers at major retail supermarkets nationwide; regional breakdowns provide prices specific to the northeast region.

*100% orange juice was considered as an option, as it was cited as a common purchase by SNAP households; however, we the USDA does not provide average supermarket prices for this product. Some consideration should be given to seasonal price differences that may occur with navel oranges, which may be cheaper in winter months in the northeast region.
†USDA does not provide average supermarket prices for whole grain cereal and whole wheat bread; however, we propose including these items if an average price can be determined in an alternative manner.

Thank you again for the opportunity to provide written testimony. 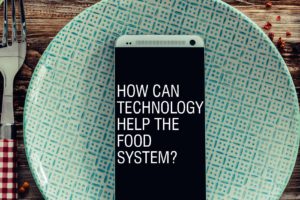 The digital revolution over the past 25 years has transformed the way we communicate, learn,...
Copyright © 2019-20 Hunter College New York City Food Policy Center. All Rights Reserved.
Back to top
Subscribe To Weekly NYC Food Policy Watch Newsletter
Subscribe to our weekly email newsletter today to receive updates on the latest news, reports and event information
We respect your privacy. Your information is safe and will never be shared.