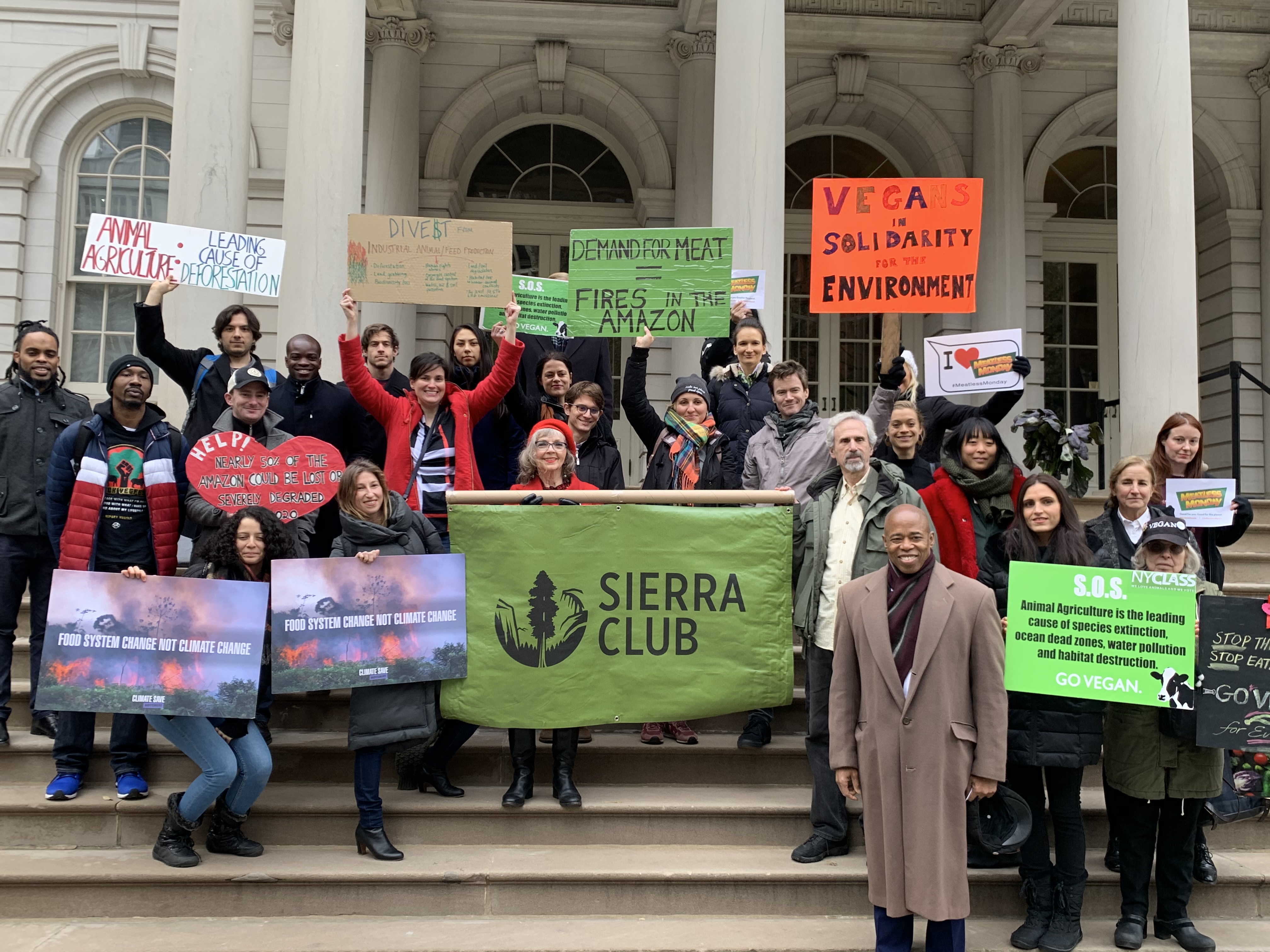 Councilmember Constantinides along with Brooklyn Borough President Eric L. Adams introduced a resolution calling on corporate and government entities operating in New York City to divest from agricultural industries that benefit from deforestation and the acceleration of global warming. This resolution will draw attention to animal agriculture’s implication on climate change.

Big food companies within our global supply chains are largely to blame for producing animal-based foods in the U.S. with meat, fish, or dairy that is grown in or fed by the destruction of the Amazon rainforest. The resolution notes that per the Food and Agriculture Organization of the United Nations, the global consumption of beef is rising at a rate of five percent annually. At this rate, a large impact would be made if all buyers in New York City refrained from purchasing animal-based agricultural products that fail to meet sustainability standards set under the Leadership and Community Protection Act.

The legislation was drafted in response to the concerns that have been growing along with the wildfires in the Amazon. There was significant growth in wildfires this year (an 80 percent increase since 2018). In his introduction to the resolution, Brooklyn Borough President Adams emphasized that “animal agriculture is responsible for 90 percent of Amazon deforestation…every hamburger or piece of chicken we buy from [these] companies supports a cycle of deforestation.”

Borough President Adams, in addressing the resolution, urges conscious consumption at the consumer level and a call to action for divestment from investors in these big-name companies in order to refrain from further contribution to climate change and deforestation within the agricultural industry.

Unlike a law, a resolution if passed forms an official position for New York City. The position is then used to advocate for policy change at the state or federal level. The resolution, Res 1151-2019, was introduced on November 14.

May 11, 2021
Subscribe To Weekly NYC Food Policy Watch Newsletter
Subscribe to our weekly email newsletter today to receive updates on the latest news, reports and event information
We respect your privacy. Your information is safe and will never be shared.