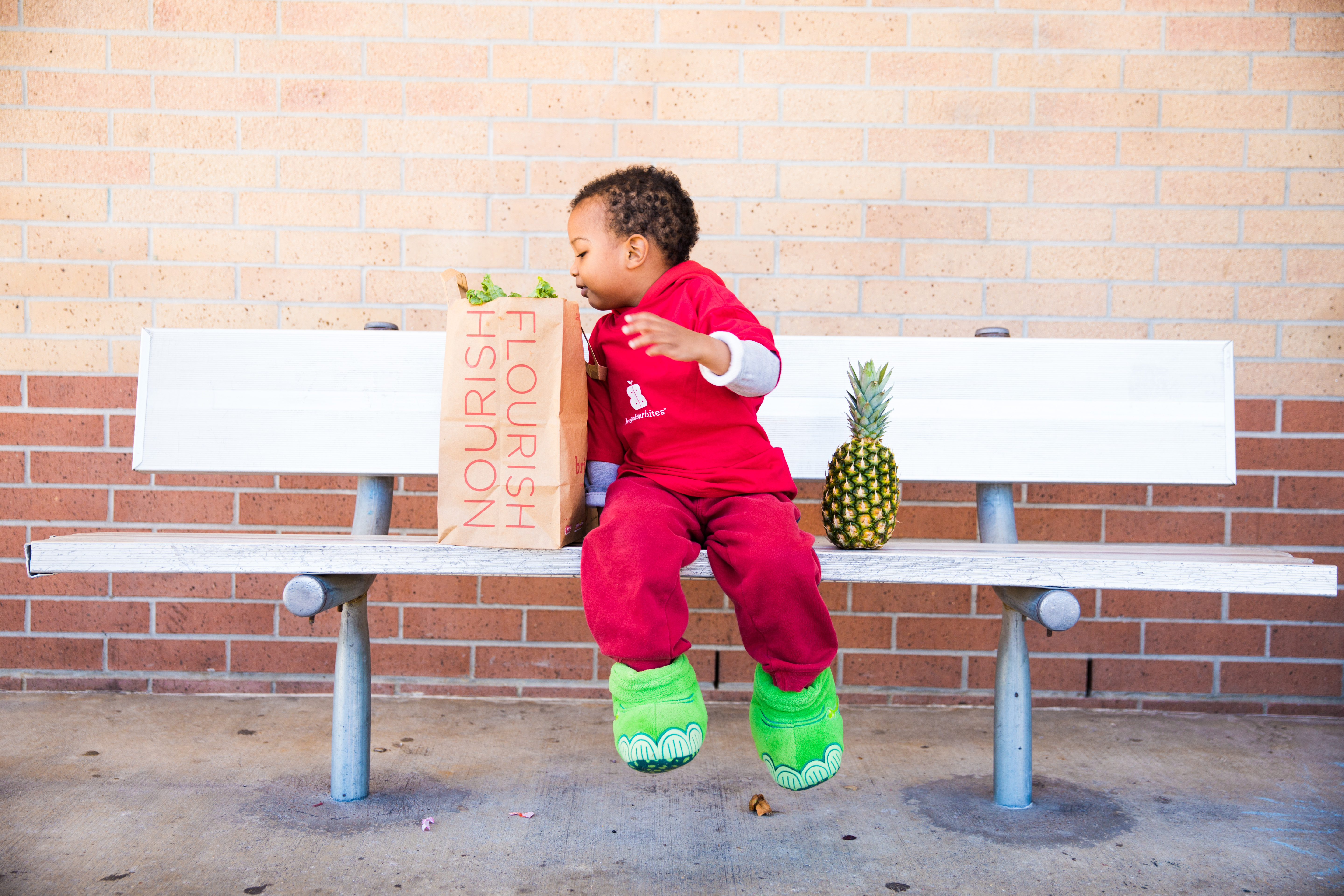 What they do: Brighter Bites is a comprehensive, multi-component school, preschool, and summer camp program that increases access to fresh fruits and vegetables as well as nutrition education for obesity prevention among low-income children and their families. The goal is to help curb the childhood obesity epidemic by increasing the demand for fresh fruits and vegetables, leading to improved family eating habits and ultimately improved health outcomes.

How they do it: Brighter Bites uses a simple formula: produce distribution, nutrition education, and a fun food experience that includes sampling a recipe of the week to see just how great produce can taste. The program meets families where they already are – at school and summer camp.

Parents and community volunteers pack bags of fresh produce for families to take home each week during three eight-week sessions. Each free two-bag set contains approximately 50 servings of eight to 12 different produce items. Since its inception, Brighter Bites has delivered more than 16 million pounds of fresh produce to more than 40,000 families.

Research demonstrates that Brighter Bites has a demonstrable impact on the school and home environments:

Children and parents participating in Brighter Bites reported a:

Mission: The mission of Brighter Bites is to create communities of health through fresh food.

Latest project/campaign: In 2017 Brighter Bites established its first program outside of Texas in New York City. This spring, Brighter Bites is officially launching programs in the Washington, D.C. metropolitan area and in Southwest Florida.

Interesting fact about how they are working to positively affect the food system: Brighter Bites is a unique program that has created systemic changes among a collaboration of partners that are involved in the food system–from farms to food banks and healthcare organizations to schools. In its effort to build a movement that broadly and nationally brings positive change to children and their families, it is working with leaders across multiple sectors, including retailers, food distributors and policy-makers that touch the food system. For example, food banks are sending out more fresh food through Brighter Bites to create long-term behavior change. Farms are donating fruits and vegetables that might otherwise be thrown away, thereby directly helping the program to build demand for more produce. Parents are volunteering at weekly distributions, bagging produce and using the fresh food they receive at home. Schools are now engaging with parents on a regular basis at Brighter Bites produce distributions and  Parent-Teacher Organizations are forming at schools that never had them previously. Healthcare organizations are partnering on programming and testing children’s gut microbiomes to show that produce indeed does affect health in the gut. The collaborations Brighter Bites has established across sectors is having a positive impact on multiple facets of the food system.

Number of staff: 50+ across the nation

Number of volunteers: ~1000 volunteers each semester, spread across six locations

NYC Food by the numbers: Changes in...

How the USDA is Working to Reduce...

July 30, 2015
Subscribe To Weekly NYC Food Policy Watch Newsletter
Subscribe to our weekly email newsletter today to receive updates on the latest news, reports and event information
We respect your privacy. Your information is safe and will never be shared.