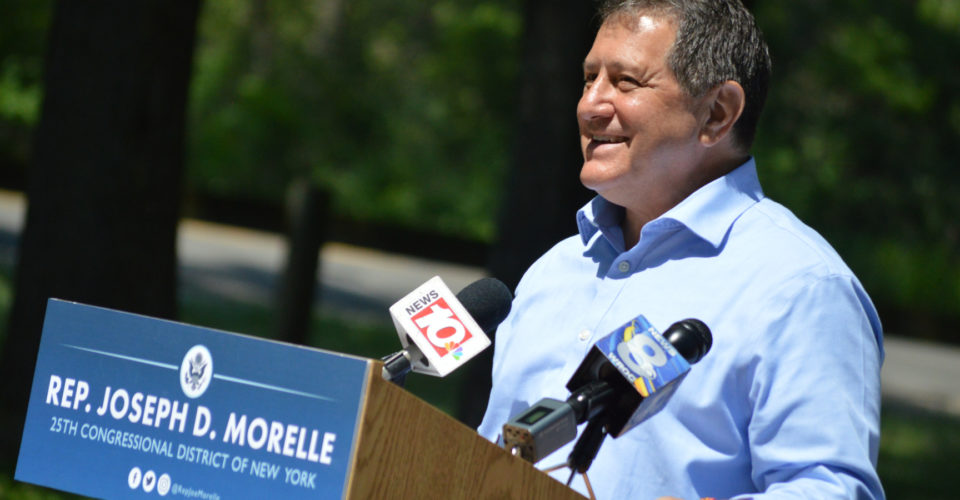 Educational Bio: BA in political science from the State University of New York at Geneseo

What He Cares About: Representative Joe Morelle represents New York’s 25th Congressional District, which includes almost all of Monroe County. A lifelong resident of Upstate New York, Representative. Morelle is a former small business owner and was previously elected to the Monroe County Legislature as well as the New York State Assembly, where he served as Majority Leader from 2013 to 2018. Throughout his career, Representative Morelle has worked diligently to improve and expand access to healthcare for all people, grow the economy, and protect communities by passing legislation to ban assault weapons and strengthen gun background checks.

Recent Food-Related Policies He’s Supported: On May 22, 2019, Representative Morelle and Ron Wright introduced legislation to support the many volunteers for programs that deliver food to older, vulnerable Americans. The Delivering Elderly Lunches and Increasing Volunteer Engagement and Reimbursements (DELIVER) Act of 2019 will help eliminate barriers that prevent charitable organizations such as Meals on Wheels from reaching more individuals. Currently, the tax deduction for the charitable use of a passenger automobile to deliver meals to homebound individuals is 14 cents per mile – a rate that has remained unchanged for nearly two decades. This legislation seeks to raise that deduction to the standard business rate, which in 2019 is 58 cents per mile, thus easing the burden on the millions of Americans who volunteer their time and resources to deliver meals to our nation’s most vulnerable citizens.

“This is common-sense legislation that will not only help diminish unnecessary waste, it will also provide invaluable resources to aid struggling families throughout our communities,” said Representative Morelle. “We are taking a critical step towards making New York State a leader in the fight to end hunger.

Alongside Representative Tom Reed, Morelle has also worked to urge the United States Department of Agriculture (USDA) to consider the Greater Rochester-Finger Lakes region as the site for the new headquarters of the National Institute for Food and Agriculture and the Economic Research Service. The Greater Rochester region was recently included in the first round of sites for consideration, and in March Reed and Morelli stated their support for the relocation via a letter to the Secretary of the USA.

Prior to that, in January 2019, Representative Morelle joined House Democrats in passing the Fiscal Year 2019 Agriculture, Rural Development, FDA and Related Agencies appropriations bill to re-open the Department of Agriculture during the government shutdown in order to ensure that families receive essential Supplemental Nutrition Assistance Program (SNAP) benefits. He rested his vote on the belief that the shutdown should not hurt hard-working Americans who depend on food security programs.

“With each passing day that the president allows the shutdown to continue, more and more of the very people he promised to help and serve are being placed in harm’s way. However, my colleagues and I in the House recognize our responsibility to put the needs of everyday Americans first, and that is why we have repeatedly passed legislation to fund the government and restore access to these vital services,” said Morelle in a press release.

In 2017, before becoming a US Congressman, he introduced legislation in the New York State Assembly that would incentivize the food industry to take an active role in curbing the food waste epidemic. Specifically, the bill (S. 6083A/A. 8138) was intended to establish a tax credit for grocery stores, food brokers, wholesalers, restaurateurs, or catering services that donate surplus or about-to-waste food to local banks and/or pantries. Its aim was to encourage a collaborative relationship between New York’s food industry and community organizations in order to increase awareness about the need for fresh food to help fight hunger across the state.

“This is common-sense legislation that will not only help diminish unnecessary waste, it will also provide invaluable resources to aid struggling families throughout our communities,” said Representative Morelle at the time. “We are taking a critical step towards making New York State a leader in the fight to end hunger.”

Although the bill was approved by the state Senate in 2018, it is still awaiting signature by the governor.

Using Urban Farming to Improve Wellness: Services for the UnderServed 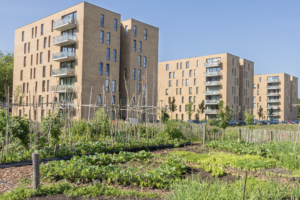 Using Urban Farming to Improve Wellness: Services for the UnderServed

Name: Services for the UnderServed-- SUS Urban Farms What They Do: SUS Urban Farms is an arm of Services for the UnderServed,...
Copyright © 2019-20 Hunter College New York City Food Policy Center. All Rights Reserved.
Back to top
Subscribe To Weekly NYC Food Policy Watch Newsletter
Subscribe to our weekly email newsletter today to receive updates on the latest news, reports and event information
We respect your privacy. Your information is safe and will never be shared.