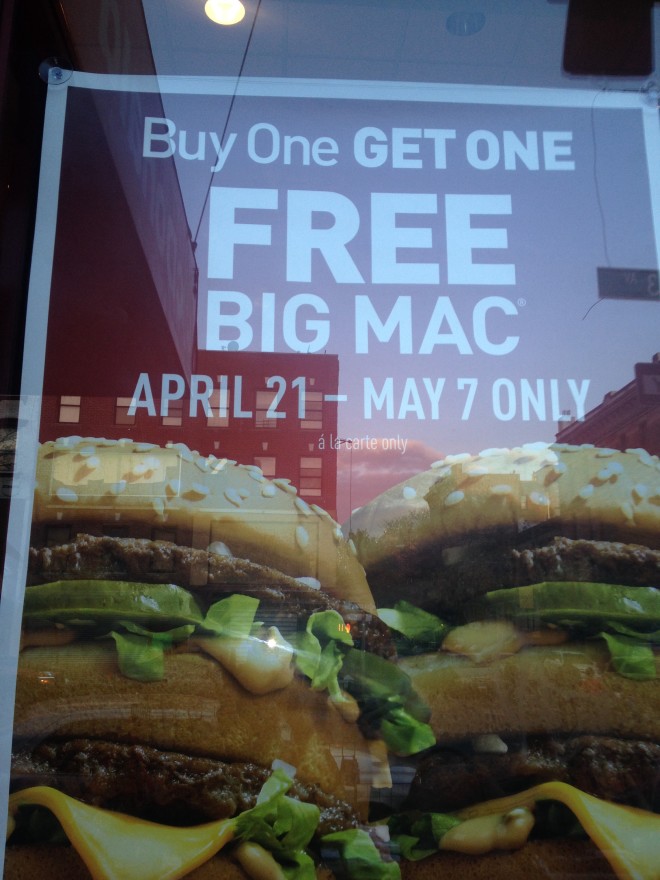 Across the United States, nearly half (46%) of all food advertising on Spanish-language children’s television programming were promoting fast food restaurants, while sugared snack made up 21.1% and sugared cereals made up 19.9% of food ads. The volume for sugary drink advertising on Spanish-language TV has increased from 2008 to 2010. Due to the growing population of Hispanics in the United States and thus their increased purchasing power, food and beverage companies are targeting this ethnic group with the advertising of their unhealthy products. The lack of strong regulation of advertisements to children may be another cause of this issue. There is an urgent need to develop strategies to counteract unhealthy advertising messages. Hispanic parents and children may benefit from learning more about the role of food and beverage advertising. Community organizations in East Harlem should focus some of their efforts to reduce the issue of unhealthy food and beverage advertising targeting Hispanic youth.  This may include taking part in our Center’s proposed counter-advertising campaign, hosting the existing NYCDOHMH – Yale Rudd Center for Food Policy and Obesity “We All Want Healthy Children” presentation, or taking organziational action against big food like not having events sponsored with unhealthy product promotion or just being more cautious of the purchasing choices they make for their family.

Due to the wide range found in the literature, youth was defined as ages 2 to 19 years old. In an effort to raise awareness of the undue influence of food advertising on Hispanic youth, we analyzed existing literature and collected primary data on the amount of food and beverage advertisements on Spanish-speaking children’s television programs. We used the literature to establish our analysis criteria, to identify and analyze the problems of targeted food and beverage advertising, causes, and solutions, and to inform our proposed recommendations. We recognized advertisements for food or beverages that aired during children’s television programs on Saturday mornings on the popular television channel Telemundo and distinguished what food and beverage products were advertised to determine if they were “healthy” using similar criteria from Kunkel et al 2013 – “Food Marketing to Children on U.S. Spanish-language Television.” We also interviewed some industry and advertising representatives over the phone.

There is an urgent need to develop and evaluate creative strategies to counteract unhealthy dietary messages in television advertising and programming that also promote healthy food choices and lifestyles. Exposure to media marketing is higher among Hispanic children, thus is imperative that action be taken on many levels. To effectively tackle the rapid rise of unhealthy food advertisements rippling through the health of the fastest growing ethnic minority in the United States, solutions must be developed on a community level, federal level, corporate level and policy level. While efforts to reduce unhealthy, diet related advertisements during Spanish language children’s programming have been successful, the food and beverage has shifted towards the trend of sponsorship. Further investigation is required in order to understand the impact these sponsorships present in East Harlem and the Hispanic youth in particular. Preliminary studies looked solely at evidence on television advertisements. Future research should incorporate sponsorships through grants, scholarships and other funding at the community level.

A proposed intervention can be to partner with community organizations in East Harlem to create healthy counter-advertisements campaigns. These campaigns will empower community members to analyze and reject the messages of unhealthy food and beverage industry advertisements, as has been done previously with tobacco marketing. This will help promote healthy behaviors while also limiting the opportunity for industry feedback. Consumers could create posters or billboards of what they would want advertisements to look like or point out the unhealthy messages in existing advertisements. Community members can fight back against marketing efforts of Big Food by posting these advertisements throughout local venues (community centers, Laundromats, schools) in their neighborhoods. If resources are available, these counter advertisers can be produced as videos and images that are shared on social media venues. Potential videos could portray consumers identifying and exposing advertisements with unhealthy content, requesting access to healthy foods and addressing advertisers and Big Food directly. Some examples of this are the #notbuyingit hashtag that went viral during the SuperBowl to call out sexist advertisements, or this counter logo, meaning “it’s better to drink water.” 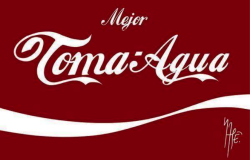