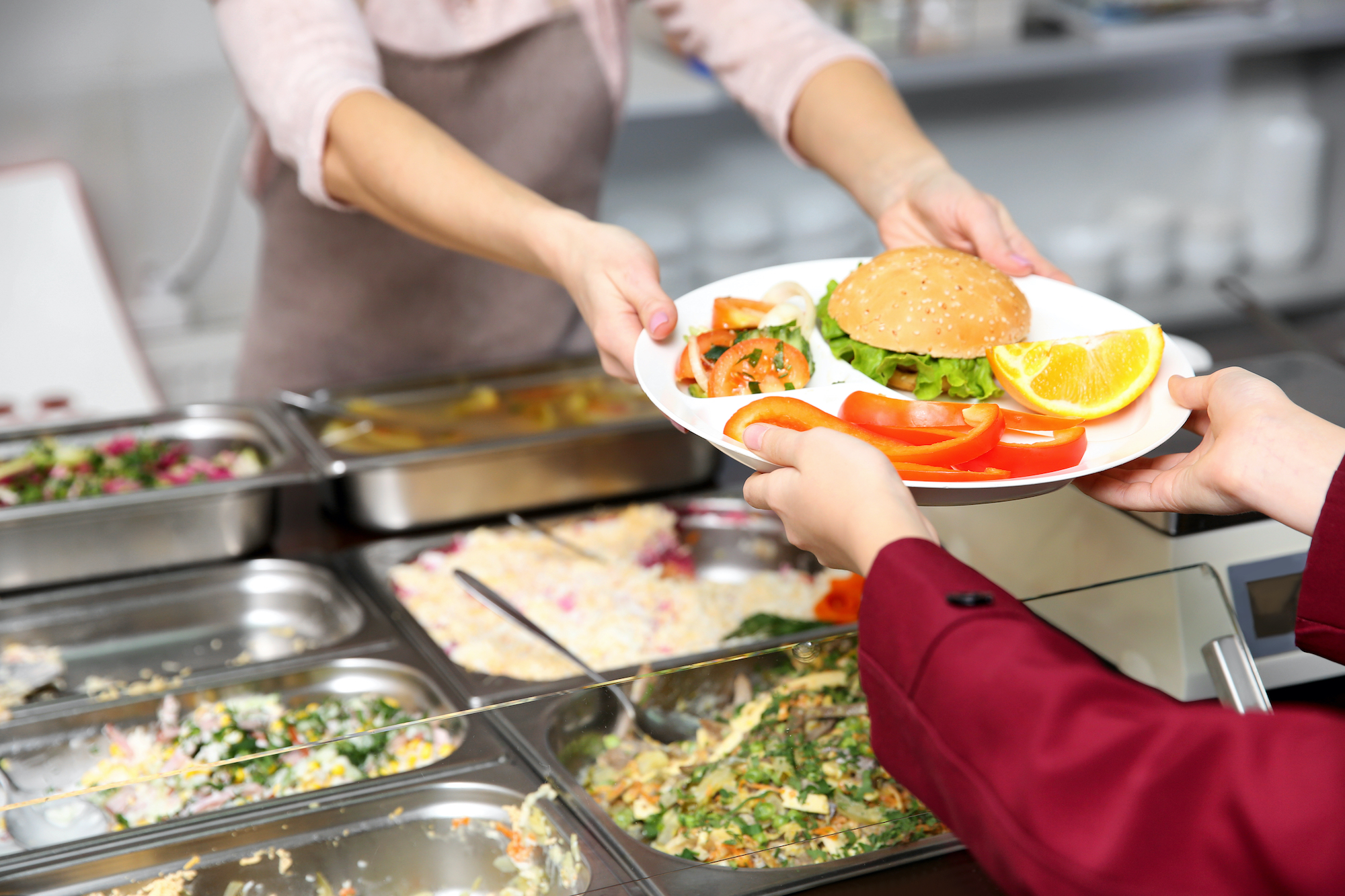 U.S. Secretary of Agriculture, Sonny Perdue, announced two proposals earlier this month that will give more control back to local school and summer food-service operators, “because they know their children best.” Under the proposed rule for school meals, school nutrition professionals are given more flexibility to serve healthy meals that appeal to their students’ preferences in order to provide healthy food that students will want to eat and therefore reduce food waste. Secretary Perdue claims that food waste is a big problem in schools, and the proposed changes are intended to empower schools with flexibility through the USDA’s school meal programs.

Some proposed changes include allowing local schools to offer a greater variety of vegetables, creating different menus for children in different grades or smaller schools that serve family-style, and supporting a more customized breakfast program by letting schools reduce the amount of fruit served.

However, how these changes will impact the integrity of the nutrition included in school meals remains uncertain. The proposal ultimately reverses a number of the school lunch reforms championed by former first lady Michelle Obama that increased the consumption of vegetables. The Center for Science in the Public Interest says that the reforms create loopholes in school nutrition guidelines that would make it easier for schools to offer pizza, burgers, French fries, and other foods that are higher in calories, saturated fat, and sodium a la carte.

Marion Nestle’s Food Politics points out that the USDA’s research shows not only that are school meals are healthier since the Obama-era changes, but also that plate waste has not increased, and most schools are currently in compliance with existing nutrition standards. Even further, the UConn Rudd Center for Food Policy and Obesity this month released a new analysis showing that the Healthy Hunger Free Kids Act (2010) did not increase school food waste or food costs. Instead, the quality of school meals improved and participation rates were higher in schools that served the healthiest lunches.

On January 27, a federal district court in Minnesota held a hearing on the government’s motion to dismiss a lawsuit brought by labor advocates against a USDA rule to eliminate line-speed limits in pork slaughterhouses and make changes to the inspections done on the processing line.

In traditional plants, up to seven federal inspectors work on the processing line to check for defects in the carcasses. However, under the new system, the number would be reduced to two or three federal inspectors with limited hands-on interaction with the carcasses. The federal limit on the rate of speed at which the hog carcasses can be moved for processing and inspection would also be eliminated.

The United Food and Commercial Workers Union and the advocacy group Public Citizen claim that the final USDA ruling that eliminates line-speed limits and shifts the processing line inspections should be dismissed because of its impact on worker safety (in violation of the Administrative Procedure Act). The local union that filed the lawsuit represent slaughterhouse workers in Kansas, Iowa, Minnesota, Missouri, and Oklahoma.

According to Politico, the government had filed a motion to dismiss the case in December, as the USDA’s Food Safety and Inspection Service had repeatedly noted that the agency doesn’t have the authority to regulate worker safety issues.

Additional lawsuits are surfacing, including a case filed by food safety advocates who argue that the inspection changes will increase the risk of tainted meat reaching the market. In fact, NBC has reported that USDA inspectors themselves have warned that under the new system of “unsafe” pork would likely reach consumers.

In response to the finalization of the Trump administration’s Navigable Waters Protection Rule, Gina McCarthy, the EPA administrator under Obama who implemented the 2015 regulation overturned by this new rule, told NPR that “this effort neglects established science and poses substantial new risks to people’s health and the environment.”

On Thursday, January 23, the Trump administration finalized a rule to dramatically reduce environmental protections for streams, wetlands, and groundwater that had enjoyed federal protection under the Clean Water Act. The biggest change, which will be implemented in about two months, is to roll back federal limits on pollution in wetlands and smaller waterways. This change not only weakens environmental law by threatening natural habitats and increased pollution but also puts the drinking water of millions of Americans at risk and endangering food safety.

At the American Farm Bureau Federation’s annual conference just a few days before the rule was finalized, President Trump said that he had “terminated one of the most ridiculous regulations of all: the last administration’s disastrous Waters of the United States rule.” Obama’s rule had extended federal safeguards to 2 million miles of streams and 20 million acres of wetlands, which secured the drinking water of millions of Americans. Trump’s administration had made first steps against Waters of the United States back in September by repealing the rule.

Farmers, builders, and mining companies support this rule because it eliminates federal overreach and “respects the primary role of states and tribes in managing their own land and water resources.” For decades, supporters have sought to minimize the federal regulation that requires permits to discharge pollution into waterways and has imposed fines for oil spills. But criticism is strong and loud. Blan Holman, a lawyer at the Southern Environmental Law Center told the New York Times that “…this will be the biggest loss of clean water protection the country has ever seen.”

State-level criticism was received as early as last year when 14 states sued the EPA over the proposed rule.  A government advisory board of scientists, many of them were picked by the Trump administration, wrote last month that the new rule is “not fully consistent with established EPA recognized science, may not fully meet the key objectives of the [Clean Water Act] … and is subject to a lack of clarity for implementation.” The Environmental Protection Agency’s Scientific Advisory Board, made up of 41 scientists who were assigned to evaluate the scientific integrity of the EPA’s regulations, found “no scientific justification” for excluding certain bodies of water from protection of the new regulation. Their scientific findings may play a role in the steps to follow this ruling.

Fact Check: How Many Calories Do We Actually Get From Nuts?

Earlier this month, the USDA began the second phase of an experiment to re-evaluate the number of calories that are actually utilized by the body. This particular phase is focused on how the body digests lentils and chickpeas and helps to create a growing body of research that makes the calories in the foods we eat more accurate.

Although calorie estimations date back to the early 19th century, more recent research has led to a better understanding of the fact that some foods are more difficult than others for our bodies to digest. These foods have a lower “bioavailability,” which refers to the number of a food’s nutrients that our bodies can absorb and use. Research findings have begun to show, for example, that nuts less bioavailability than other foods, because of their tough, crunchy structure and the amount of fat they contain. The USDA has found that people absorb five percent fewer calories from eating pistachios than original estimates, that the caloric value of digestible almonds was overestimated by 32 percent, and only 80 percent of the calories in walnuts are bioavailable. Many of these studies are funded by the USDA as well as groups of interest, including the California Walnut Commission, the Almond Board of California, and the Global Cashew Council.

These findings are specific to whole nuts; The New Food Economy notes that processed products, such as nut butter and nut milk, will interact with our digestive system differently. This information is important to indicate on food labels, and the popular fruit and nut bar company KIND Snacks announced this month that the calorie counts of their products will be updated in the coming months based on these research findings.