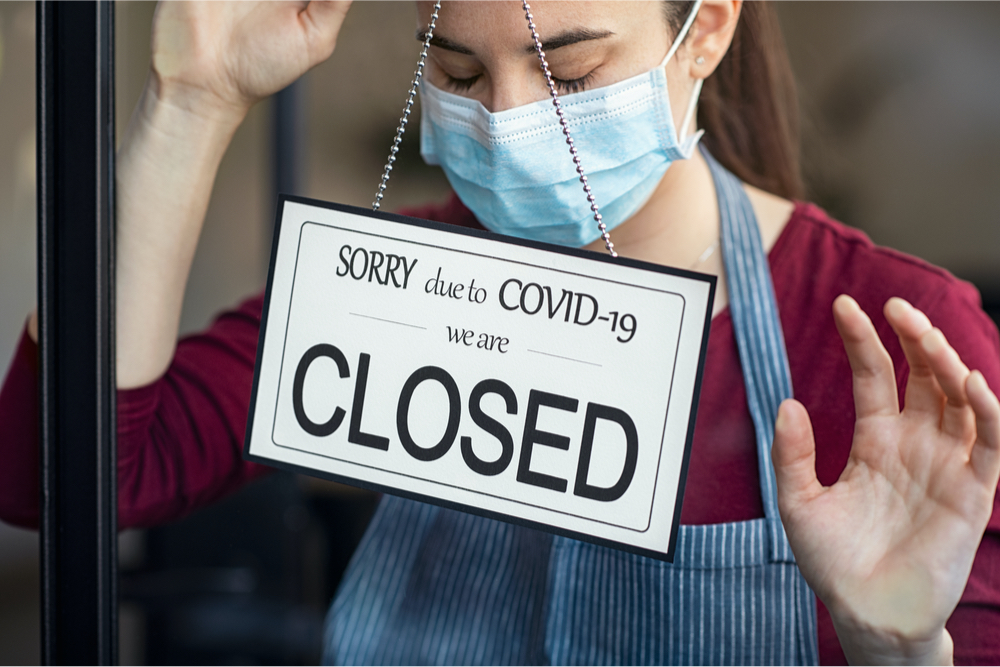 The National Restaurant Association estimates that more than 90,000 restaurants and bars have closed since the beginning of the pandemic.

According to the Independent Restaurant Coalition’s Restaurant Survey, released this month, 80 percent of food service businesses that did not receive grant funding from the Restaurant Revitalization Fund (RRF) are currently in danger of closing down permanently. Restaurants that did not receive RRF reported being more at risk of filing, or having already filed for bankruptcy; receiving an eviction notice; laying off staff due to the Omicron surge; and/or selling a personal asset to support their business during the pandemic. However, restaurants who did receive support are also still struggling: Up to one third of restaurants who received RRF are experiencing the same challenges and risks.

More than 1,000 restaurants from all 50 states were surveyed, with comparable percentages from the Northeast, Midwest, South, and West. Ninety-one percent of restaurants reported having difficulty hiring in 2021, and 89 percent reported raising their menu prices.

Food Policy Watchdog: SNAP Benefits to Be Accepted in Restaurants in Certain States

The Supplemental Nutrition Assistance Program (SNAP) has long been a used specifically for “food for the household,” which included grocery items such as produce, dairy, meat, breads and cereals, and snack foods. Currently, at the federal level, SNAP cannot be used for foods that are hot at the point of sale, including those sold inin supermarkets as well as restaurant meals.

Recently, however, more nutrition experts and advocates across the country have been making changes on the state level to expand the list of allowable foods so that SNAP benefits can include restaurant food. Although the Restaurant Meals Program has been available since 1978, since the COVID pandemic, there has been a surge of interest in supporting local restaurants by increasing their business. The Restaurant Meals Program is available in California and Arizona, and in the works in Maryland and Illinois.

While America’s anti-hunger advocates have  have long stated  that the best way to feed those who are hungry is to encourage home cooking, many Americans do not have the time, skills, or a kitchen and the resources needed to prepare nutritious meals (or any meals, for that matter). And many individuals who receive SNAP benefits are seniors or individuals with disabilities, populations that may have physical challenges of cooking meals.

Nevertheless, critics still question the healthfulness and relative cost of restaurant meals and note concerns about “handouts” to fast-food corporations.

“On January 1, the USDA’s useless rules for labeling bioengineered (BE) foods, those formerly known as genetically modified (GMOs), went into effect. Will the new rules help you figure out which items in the produce section or anywhere else in the store have been genetically engineered? Not a chance.” – Marion Nestle, Food Politics

Earlier in January, food policy expert Marion Nestle commented on the United States Department of Agriculture’s (USDA) new rules for labeling bioengineered (BE) foods, formerly known as genetically modified foods (GMOs). The National Bioengineered Food Disclosure Standard was announced in December 2018, after a law was passed by Congress in 2016 to establish mandatory disclosure of foods that are or might be bioengineered. Mandatory compliance went into effect on January 1, 2022.

The new standard defines BE foods as “those that contain detectable genetic material that has been modified through certain lab techniques and cannot be created through conventional breeding or found in nature.” The standard requires food manufacturers, importers, and retailers to disclose BE foods using text, symbol, an electronic or a digital link, and/or a text message. However, Nestle, among others, are dubious of the new standards.The options for disclosure include some clear labels, such as a symbol that clearly reads “Bioengineered.” However, other disclosure options, such as a digital disclosure that includes a statement like “Scan here for more food information” or “Text [here] for bioengineered food information,. ”are less clear,

According to the Washington Post,  the USDA intended this standard to make food labeling less confusing. But pivoting from the well-known term “GMO” and steering consumers to more information found online does not make information clearer or more available.

The Center for Food Safety (CFS) has filed a lawsuit against the USDA, stating that the digital disclosures are a barrier to acquiring more information that the rules exclude the use of common, familiar terms such as genetically engineered and genetically modified (GMO), and do not require the labeling of “highly refined” BE foods, such as sodas and cooking oils. According to The Counter, the USDA has until mid-February 2022 to respond to CFS’s claims.

May 13, 2014
Subscribe To Weekly NYC Food Policy Watch Newsletter
Subscribe to our weekly email newsletter today to receive updates on the latest news, reports and event information
We respect your privacy. Your information is safe and will never be shared.