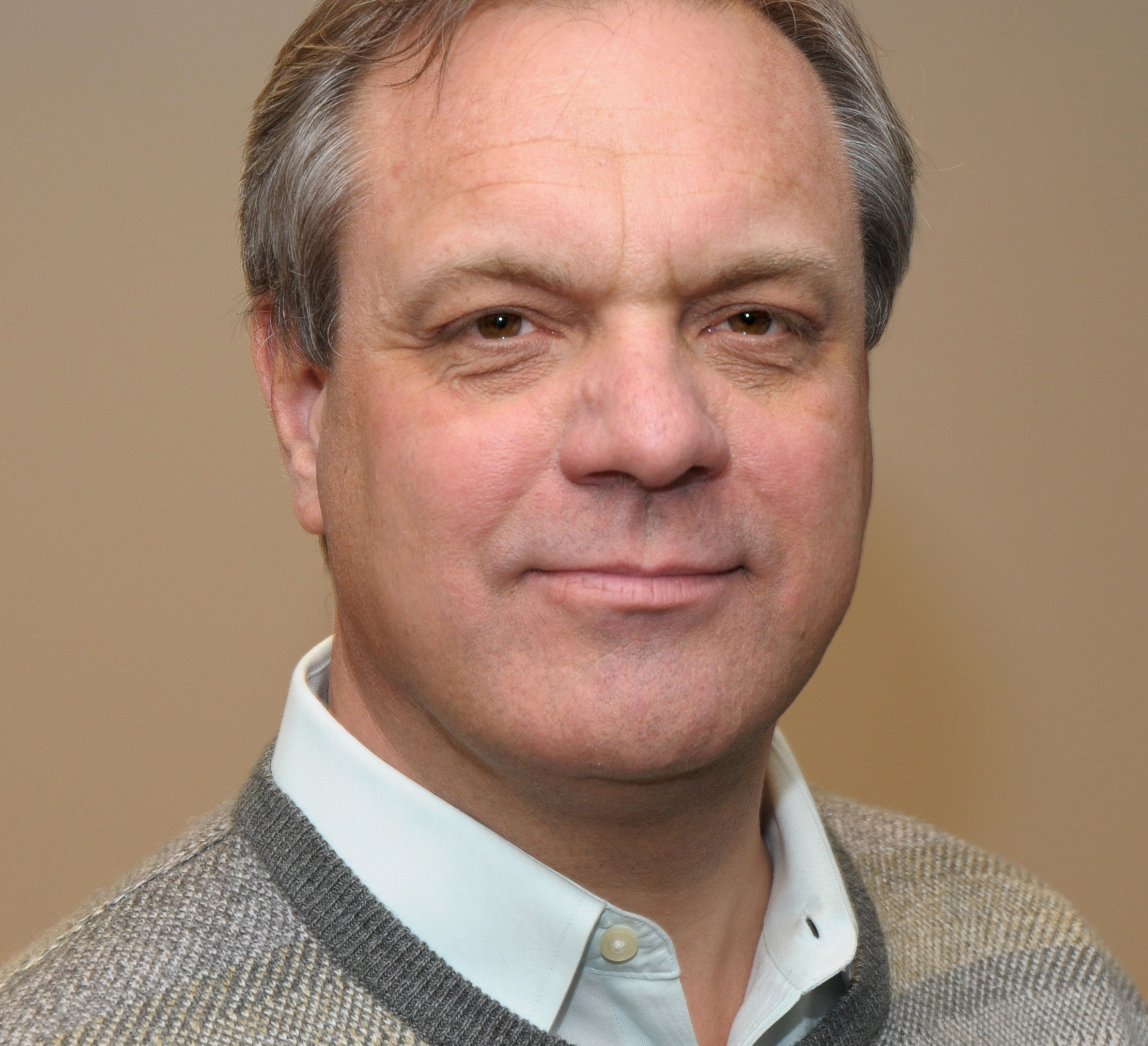 Roger Thurow is a senior fellow on global food and agriculture at the Chicago Council on Global Affairs and an expert on agricultural development. He previously spent three decades at The Wall Street Journal. For 20 years he was a foreign correspondent based in Europe and Africa. Roger’s coverage of global affairs included the Cold War, the fall of the Berlin Wall, the release of Nelson Mandela, the end of apartheid, the wars in the former Yugoslavia, and the humanitarian crises of the first decade of this century.

Roger is the author of the books ENOUGH: Why the World’s Poorest Starve in an Age of Plenty and The Last Hunger Season: A Year in an African Farm Community on the Brink of Change. His most recent book, The First 1000 Days conveys the story of the vital importance of proper nutrition and health care in the 1,000 days of a child’s life from the beginning of a woman’s pregnancy to her child’s second birthday.

I recently had the opportunity to interview Roger about global food, hunger, agricultural development, and food policy.

NYC Food Policy Center (FPC): What motivated you to get involved with global food and agriculture? Was there a specific trigger or moment?

Roger Thurow (RT): Covering the 2003 famine in Ethiopia for The Wall Street Journal was a personal and professional watershed for me. It was the first famine of the 21st century; 14 million people were on the doorstep of starvation, dependent on international food aid. On my first day in Addis Ababa, I received a briefing about the extent of the famine from the World Food Program (WFP). One of the WFP workers told me: “Looking into the eyes of someone dying of hunger becomes a disease of the soul. You see that nobody should have to die of hunger.”

A disease of the soul? I had received plenty of medical warnings during my years of reporting in Africa, but never one like this. The next day, I was down in the hunger zones, in an emergency feeding tent filled with dozens of severely malnourished children. There, for the first time, I truly looked into the eyes of the starving. What I saw did indeed become a disease of the soul; I saw that nobody should have to die of hunger, not now, not in the 21st century when more food was being produced in the world than ever before. It was a turning point in my career as a journalist; I began asking questions I hadn’t really pondered before. All other stories began paling in comparison. I knew I needed to stop the usual routine of a foreign correspondent—moving from story to story, place to place – and focus on this one story: hunger in the new millennium. This inspired me to write my first book, with fellow WSJ reporter Scott Kilman, ENOUGH: Why the World’s Poorest Starve in an Age of Plenty.

But for me, ENOUGH wasn’t enough. So I plunged deeper into the issue of hunger and agricultural development. My reporting led me to the smallholder farmers of Africa and to my second book, The Last Hunger Season.

While reporting that book, I heard mothers (farmers themselves) describe their deepest form of misery as being unable to stop the crying of a hungry child. And I wondered what would become of these children malnourished at such a young age. This led me to my third book, The First 1,000 Days, which examines the importance of good nutrition in the crucial time from when a woman becomes pregnant to the second birthday of her child.

As I challenge others to get involved in the fight against hunger, I must also challenge myself: What more can I do as a journalist? I can’t give farming advice or breed new seeds or design a crop insurance program or engineer a better grain storage method. But I can take readers into the eyes of the hungry and malnourished, spread the disease of the soul, raise the clamor. I can outrage and inspire. Outrage that we brought hunger with us into the 21st century, that the majority of hungry people in the developing world are farmers themselves, that one in four children under five years of age on our planet are stunted physically and/or cognitively by malnutrition. And inspire that it doesn’t have to be this way, that we know what to do on the agriculture and policy fronts and how to do it, that we all have a role to play in ending hunger.

RT: Nourishing the world is the great challenge of our time. To do this, we need not only more food, but more nutritious food. Agriculture development creates the conditions for all farmers to be as productive as possible given the limitations on water and arable land resources and the threats of changing climates. Agriculture development recognizes that we are all connected on the global food chain – thus, if the smallholder farmers of Africa and elsewhere in the developing world succeed, so might we all.

FPC: How has food policy over the last three decades affected the state of hunger in the world today?

RT: It has led to uneven plowing fields; subsidizing some farmers and not others, some crops and not others, largely favoring big, rich-world farmers over small, poor-country farmers, largely favoring calories over nutrients. It has fed hungry farmers with food aid rather than assisting them to feed themselves and their families with agricultural development aid. It has created the cruel irony that the hungriest people in the world are farmers; it has tolerated the absurd oxymoron “hungry farmers” (and, in the U.S., the shameful oxymoron “hungry Americans”). It has detached agriculture from nutrition, emphasizing ever-increasing yields while neglecting the nutritious quality of the food. It has brought hunger and malnutrition into the 21st century. In more recent years, though, food policy has begun to change some, to reverse the neglect of agriculture development and recognize the importance of nutrition. Political will is needed to keep it up.

FPC: What are ways that individuals can work to improve food security?

RT: Every person has a say in creating the political will to improve food security. By raising the clamor, by not tolerating these outrages, by demanding that decision-makers prioritize policies that reverse the neglect of agriculture development and nutrition.

RT: It can set priorities and encourage – demand, even – investments in agriculture practices that produce more nutritious food and in development projects that focus on the first 1,000 days, particularly in educating moms and dads and grandparents about the importance of good nutrition for mother and child for the development of the child’s physical and cognitive capabilities.

RT: Poor nutrition impacts cognitive development at a time – in the first 1,000 days – when brain growth is the most expansive. There are necessary vitamins and nutrients that serve as accelerants for the growth and development of brain functions. Good nutrition fosters the ability to learn and to be productive throughout life. In contrast, poor nutrition leads to cognitive stunting; stunting is a life sentence of underachievement. As I write in the book, the greatest cost of malnutrition is immeasurable: What might a child have achieved and contributed to all of us if he or she weren’t stunted?

FPC: What do you believe to be the greatest food policy challenges for preventing hunger? And the greatest opportunities?

FPC: What is the one food policy change at the federal level that would have the greatest impact on world hunger?

RT: Legislation that ensures that global food security is what America does – no matter who is president or which political party is in power. So that the fight against hunger and malnutrition never diminishes and American leadership never falters.

FPC: What do you see as sources for positive change in our food system?

RT: I see a burgeoning movement, a gathering momentum, to definitively end hunger through agricultural development rather than temporarily alleviating it through food aid. I see it in renewed American leadership, more determined African government participation, greater commitment by international institutions. I see it on university campuses, in corporate boardrooms, at faith-based gatherings, on the shambas of Africa and elsewhere in the developing world. In May 2012, at The Chicago Council on Global Affairs’ symposium on food security and nutrition, President Obama summoned “all hands on deck” to end hunger in the 21st century. I see these many hands finally getting to work, and I pray that they stay busy reaching for the common goal.

Grew up in: Crystal Lake, Illinois.

Background and Education: Reporter with The Wall Street Journal for 30 years, 20 of them as a foreign correspondent based in Europe and Africa. Since 2010, Senior Fellow and Author with The Chicago Council on Global Affairs. BA in journalism and political science from the University of Iowa.

One word you would use to describe our food system: Neglectful.

Food policy hero: The smallholder farmers of Africa striving to feed their families and conquer the “hunger season.”

Favorite food: Mango. Tastes great and is a ready source of nourishment – growing on trees in their communities — for so many families in the developing world.

Food policy website you read: Two in particular: The weekly Global Food For Thought by The Chicago Council on Global Affairs; and, the regular reports of foodtank.com.

November 6, 2017
Subscribe To Weekly NYC Food Policy Watch Newsletter
Subscribe to our weekly email newsletter today to receive updates on the latest news, reports and event information
We respect your privacy. Your information is safe and will never be shared.