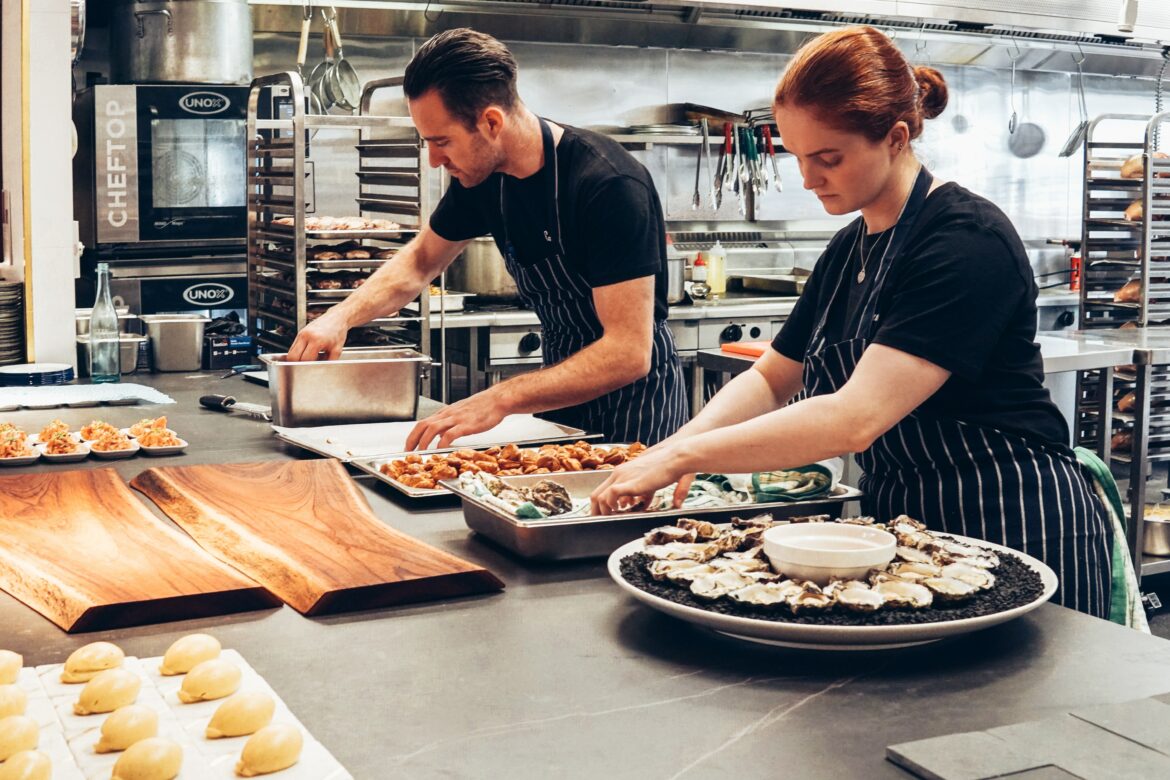 Through the duration of COVID-19 pandemic, New York City restaurant and delivery workers have pushed for an increase in their labor rights. In September 2021, the City passed a six-bill package to increase the rights of delivery workers. This package “includes granting couriers access to restaurant bathrooms, mandating minimum payments per trip, and ensuring that tips get to workers.” The Paycheck Protection Program sought to help small businesses like restaurants manage the economic strain imposed by COVID-19. However, many restaurants were unable to receive this payout due to the program’s rigid requirements. Restaurant owners have begun taking matters into their own hands and are advocating to change the standard of back-of-house labor. This article will highlight four restaurants that have gone above and beyond to advance labor rights.

Background/History: Kuxé opened in March of 2021. The name comes from the indigenous Totonac word for corn. The restaurant focuses on traditional-style Mexican home cooking, drawing inspiration from the cities of Puebla, Guerrero, Oaxaca, and Mexico City.

What Makes Them Different: After complaints in the restaurant industry about toxic work environments and lack of recognition for recipe development, Chef Medina wanted to do things differently at Kuxé. At Kuxé each chef brings in a dish from their childhood to add to the menu. On the menu, the dish is accredited to its maker and is accompanied by their story. This practice allows guests to learn about the back-of-house as well as give chefs an opportunity to shine. Chef Medina shared, “Last year, everyone was so down and devastated. I wanted to pump up the team and make them feel part of something. Seeing their names on the menu, it’s exciting for everyone.”

Background/History: In 2018, residents and chefs Tony Liu, Michael Fuquay, and Dudley Stewart opened The Queensboro as a resource for the Jackson Heights community. The Queensboro spotlights the many different cultures in the borough of Queens. Throughout the COVID-19 pandemic, The Queensboro has had a hand in advocacy for labor rights, restaurant openings and closings, and small business financial relief.

What Makes Them Different: At the Queensboro, the owners believe in paying their employees a livable wage. Workers at the Queensboro receive $15 an hour plus tips. The standard tipped minimum wage in New York City is $10.

Background/History: Baodega is on paper a dim-sum restaurant. However, Chef Kenny Kie pulls influence from all over Asia and includes the flavors of Shanghai, Singapore, and Cantonese cooking just to name a few. During the COVID-19 pandemic, Baodega suffered immense xenophobia and backlash due to vaccine requirements. This year they’ve implemented some new rules to help their workers.

What Makes Them Different: At Baodega, Chef Kenny Yie employs his workforce part-time so that he can pay them higher wages. According to an interview with Esquire Baodega finds that “instead of a regular eight-hour shift where people make low wages and often sit idle anyway, they make $80-plus-tips in less time.”

Background/History: Dame began as a pop-up restaurant in the summer of 2020. The pop-up originally sold fish and chips to New Yorkers during the hot summer and acted as a spot for outdoor gatherings. Dame found its permanent home after the space next door opened up. Dame’s menu consists of English seafood classics like the beloved fish and chips, smoked whitefish croquettes, and smoked mussels.

What Makes Them Different: While Dame’s popularity initially sparked from their ability to bring fun to the summer of 2020, they pride themselves in truly making a difference in narrowing the pay gap between front-of-house and back-of-house workers. Head Chef Ed Szymanski shared that, “the line cook at Dame is making between $30 and $40 an hour, which is more than any other business could afford without including tips.” At Dame, tips are pooled between both front-of-house staff and back-of-house. In addition to fair pay, Dame is closed on Saturdays and Sundays, allowing workers to enjoy a normal schedule and have weekends off.

The Bottom Line or Consumer Demand–Which is...

August 5, 2019
Subscribe To Weekly NYC Food Policy Watch Newsletter
Subscribe to our weekly email newsletter today to receive updates on the latest news, reports and event information
We respect your privacy. Your information is safe and will never be shared.