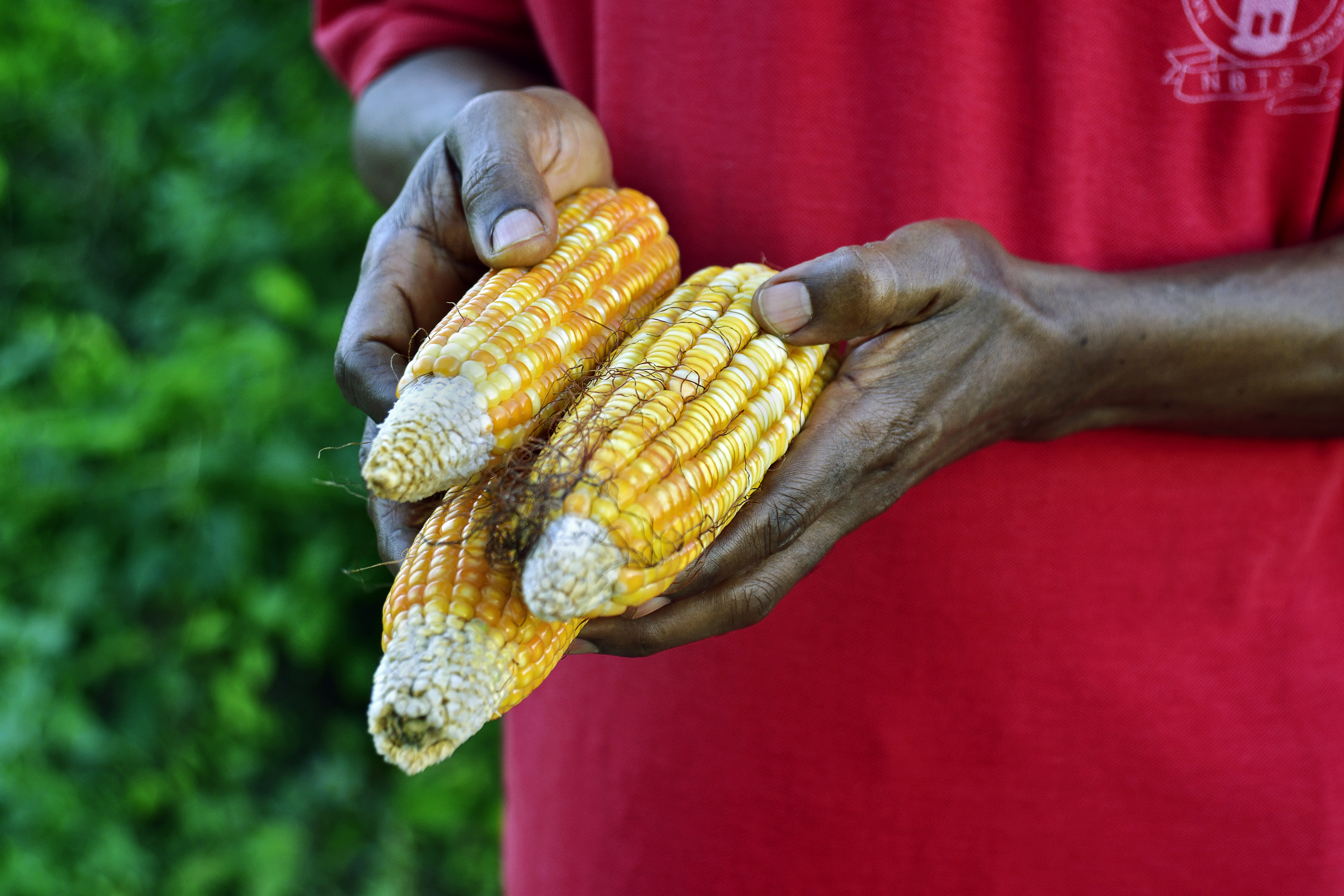 Nigeria’s Federal Ministry of Agriculture and Rural Development (FMARD) has identified low agricultural productivity as a major barrier to national development. In response, it has developed the Agriculture Promotion Policy (2016-2020), also called “The Green Alternative.” FMARD hopes to increase agricultural production by working in tandem with the private sector to provide farmers with much-needed infrastructure, access to inputs like high-quality seeds and fertilizers, and institutional knowledge that will allow farmers to compete in the modern global economy.

FMARD encourages farmers to focus on select crops such as wheat, maize, and poultry for the domestic market and others such as cocoa, yams, and beef for export. Their goal is to turn Nigerian agri-food into a high-quality global brand.

The Green Alternative builds on the success of a previous program entitled the Agricultural Transformation Agenda (ATA), which ran from 2011 to 2015 and was intended to jump-start Nigeria’s agricultural sector. ATA’s successes include improving access to finance and inputs as well as the establishment of federal agricultural research and marketing boards. Still, despite the achievements of the ATA, the Green Alternative was deemed necessary to continue developing the country’s inchoate agricultural sector.

The Nigerian government has already publicized some of the Green Alternative’s early achievements. In mid-2016, FMARD laid out its plan for the Dry Season Farming Growth Enhancement Scheme. The plan consisted of growing rice, wheat, maize, and groundnuts during the dry season, which runs from October to April, as well as the usual rainy season. This brought rice production up to 5.7 million tons, almost reaching the local demand of 7 million tons.

In June 2017, FMARD celebrated another success with the export of 72 metric tons of yams to Europe.

The policy was announced on June 15, 2016 and went into effect immediately.

The Green Alternative is intended to increase agricultural production in order to provide sufficient quantities of food to meet domestic demand as well as an abundance of commodity crops for export in the international market.

According to Audu Ogbeh, the Minister of Agriculture and Rural Development, the current state of Nigeria’s agricultural sector is the result of years of “benign neglect.” It produces too little to feed its own population and too little to export internationally. The government takes some responsibility for this, claiming that political instability, as well as a lack of commitment, have led to the country’s current situation. For instance, Nigeria has not reached the target set out in the African Union’s Maputo Declaration, in which countries pledged to allocate 10% of their federal budget to the agricultural sector.

Inefficiencies are not unique to the agricultural sector but are symptomatic of widespread underdevelopment throughout the country. Thus, the Nigerian government has developed a multi-pronged approach to increase agricultural productivity that tackles a broad swath of institutional obstacles.

First, the government has created a list of crops to focus on, divided into those intended for domestic consumption and those for export. The crops for domestic use include rice, wheat, maize, fish, milk, soy beans, poultry, and sugar. The crops to be exported consist of cowpeas, cocoa, cashew, cassava, ginger, sesame, oil palm, yams, beef, and cotton. This division allows the government to strategically allocate resources depending on the needs of farmers whether they are growing for the domestic or international market.

Next, FMARD has identified several areas in need of investment. As much as possible, the government seeks to use its funds to stimulate the private sector rather than administer programs itself. Areas of investment include research; innovation; methods to appraise soil and food quality; necessary inputs like seeds and fertilizer; and infrastructure such as roads, dams, irrigation systems, and storage and processing facilities. Furthermore, FMARD aims to improve farmers’ knowledge about modern, evidence-based farming methods and to provide information about the market. The government also plans to focus on institutional realignment, delineating responsibilities between federal, state, and local governments. Clearly, this constitutes a massive undertaking that requires collaboration between many stakeholders.

As a developing country, Nigeria lacks many of the necessary components of a highly productive and efficient agricultural sector. Oftentimes, farmers are forced to make due with outdated equipment and machinery, poor inputs, and inadequate infrastructure. According to the Food and Agriculture Organization of the United Nations, only 1% of farmland in Nigeria is irrigated. Consequently, Nigerians must rely on imports to feed their large population. For example, Nigeria is the largest importer of rice in Africa, importing $1 billion worth of rice every year.

Poor infrastructure presents a massive impediment to efficiently storing and transporting food. As a result, huge amounts of food are lost to rot before they can make it to market. According to a study by the Nigerian Stored Products Research Institute, 37.33% of yams, 35% of fish, and 20.33% of maize are lost to postharvest rot in the Nigerian state of Rivers, largely due to inadequate storage and handling facilities.

In 2016, Nigeria ranked 152 out of 188 in the United Nation Development Programme’s Human Development Index, indicating the stark necessity for further development to combat widespread poverty and food insecurity.

The report produced by FMARD contains a chart showing the gaps between supply and demand for various crops. The success of the policy will depend on whether or not it is able to close those gaps. As mentioned above, FMARD has trumpeted the success of a few flagship programs such as dry season rice cultivation and yam exports. Regular evaluations by FMARD and the Standards Organization of Nigeria, which is in charge of export quality control, will determine the policy’s success.

A number of countries in Sub-Saharan Africa have developed comprehensive agri-food policies since the Maputo Declaration in 2003. For example, Zambia created the National Agriculture Policy (2004-2015), and more recently, in April 2017, Ghana launched its Planting for Food and Jobs program. Both policies share the aims of the Green Alternative to improve their country’s’ economic situation while increasing food security through developing its agricultural sector.

April 27, 2021
Subscribe To Weekly NYC Food Policy Watch Newsletter
Subscribe to our weekly email newsletter today to receive updates on the latest news, reports and event information
We respect your privacy. Your information is safe and will never be shared.