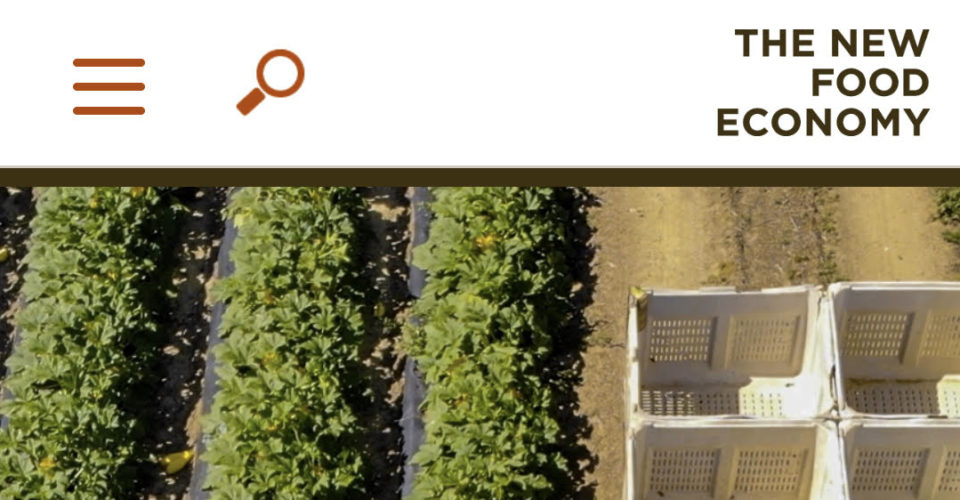 What they do: Within only five years of its founding, The New Food Economy, a non-profit publication, has distinguished itself as one of the leading voices of food journalism. Their staff goes beyond reporting on food trends and policy changes from Washington. Their work connects the dots between society, politics, economics, culture, and science to produce award-winning articles that explore the hidden forces behind the food we eat.

How they do it: If you ever wanted to know why bananas are so cheap, or how the human brain experiences taste, or the real reasons behind the latest food recall, or how school lunch debt works, then look no further. The journalists at The New Food Economy provide the public with original, expert commentary and investigations on all aspects of the food sphere. This year, we have honored two staff members of The New Food Economy in particular for their excellence in food journalism: Joe Fassler, Deputy Editor, whose work has twice been a finalist for the James Beard Foundation Award in Journalism, and H. Claire Brown, Senior Staff Writer, who has received awards from New York Press Club, Newswomen’s Club of New York, and the Association of Food Journalists.

Jeffrey Kittay, previously the founder and editor of Lingua Franca magazine, launched The New Food Economy as an independent publication in 2015 with the aim of bringing under-reported stories from the food space to light. It is clear that he and his staff have succeeded. We are honored to present them with the Center’s first ever Food Policy Media Award and wish them many more years of continued success.

Mission: Providing independent, deep, and unbiased reporting to investigate the forces shaping how and what we eat.

Interesting fact about how they are working to positively affect the food system: The New Food Economy publishes award-winning articles exploring the food system from all angles and perspectives. Their stories provide readers with the commentary and context they need to understand the full stories behind the food on their plates.

“Media has the power to change the world. Thus, this year we commenced the C­­enter’s first annual Food Policy Media Award.

“When I heard a new online food publication was launching, I was excited but skeptical. Who would be behind it? What is the motivation? Are they real journalists? Is it a for-profit publication? And how are they going to earn money? Despite my concerns, my questions were answered quickly.

“I was introduced by a colleague to Jeffrey Kittay, the founder of The New Food Economy. But that was not what convinced me of the caliber of his publication. It was by reading any of the many stories the staff writes each week, which are all fantastic. The New Food Economy is making a tremendous difference in food journalism. Their stories have real impact, and the so-called ripple effect is more like a wave of force – so much so that many of their stories are picked up by other media outlets and talked about everywhere. Their innovative and committed reporting is exemplary, and goes above and beyond traditional food reporting to significantly impact food policy and practice.

Today, we celebrate their efforts to improve our food system. I congratulate the staff of the New Food Economy, the recipient of our first annual Food Policy Media Award.”

Reviving a Culture of Markets in the Seaport District: Fulton Stall Market 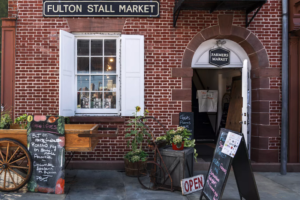 Reviving a Culture of Markets in the Seaport District: Fulton Stall Market

Name: Fulton Stall Market What They Do: Fulton Stall Market is a nonprofit public market that connects regional farmers...
Copyright © 2019-20 Hunter College New York City Food Policy Center. All Rights Reserved.
Back to top
Subscribe To Weekly NYC Food Policy Watch Newsletter
Subscribe to our weekly email newsletter today to receive updates on the latest news, reports and event information
We respect your privacy. Your information is safe and will never be shared.