Food Safety and The Government Shutdown

Food Safety and The Government Shutdown

Two of the three government agencies responsible for protecting the public from outbreaks of food-borne illness have been forced to enact severe cutbacks in response to the government shutdown.  These agencies, FDA and CDC, jointly oversee our supply of fruit, vegetables, dairy products and many other domestic foods. USDA, responsible for inspection of meat and poultry plants, has been largely spared from the cuts. 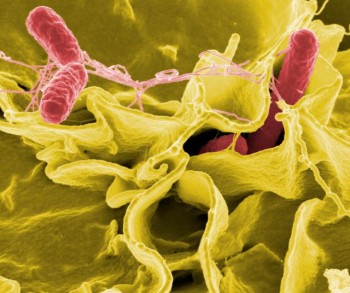 Concerns about the effects of the government shutdown on the safety of the food supply mounted early. By October 7th, USDA and CDC had issued a public health alert for an outbreak linked to raw chicken packaged in California, leading to almost 300 cases of salmonella reaching across 18 states. The chicken originated at three California poultry plants owned by Foster Farms, linked to another salmonella outbreak earlier this year. Making matters worse, this salmonella strain appears to be virulent and is “resistant to several commonly prescribed antibiotics” according to CDC. This translates to more hospitalizations and potentially more deaths among those infected.

Since the shutdown, FDA has seen its workforce reduced by 45%; CDC lost 68% of its staff, including epidemiologists and staff tracking food-borne illness. CDC has since brought in 30 furloughed workers to manage the salmonella outbreak. Despite obvious limitations, the agency maintains that it is managing due to surveillance dating back to early spring.

Critics, public health advocates and consumer groups argue that the shutdown endangers public health by delaying or eliminating both surveillance and preventive action. Normally, FDA routinely inspects less than 2% of imported food. Now, approximately 9,000 inspections have been put on hold, although states paying for their inspections with money from the previous fiscal year have been able to continue. Some FDA “safety of human life” activities continue under the cuts (high-risk recalls, civil and criminal investigations, maintaining critical consumer protection to handle emergencies), but communication of critical information to retailers, consumers and investors has also been severely affected as websites become out-of-date, notification programs cease and inquiries go unanswered.

What do these cutbacks imposed by the shutdown mean for the safety of our food supply and the safety of the public? A system that was already struggling to keep up has essentially been cut in half; our vulnerable food supply has become even more vulnerable. Until agreement is reached to re-open the federal government, this unsafe food supply puts us all at risk and lays the foundation for a national public health crisis.

Ashley Rafalow is Operations and Communications Coordinator at the NYC Food Policy Center.

Why SNAP Benefits Need To Be Raised, Not Cut

November 11, 2019
Subscribe To Weekly NYC Food Policy Watch Newsletter
Subscribe to our weekly email newsletter today to receive updates on the latest news, reports and event information
We respect your privacy. Your information is safe and will never be shared.