The Essence of Community Ownership of our Food System 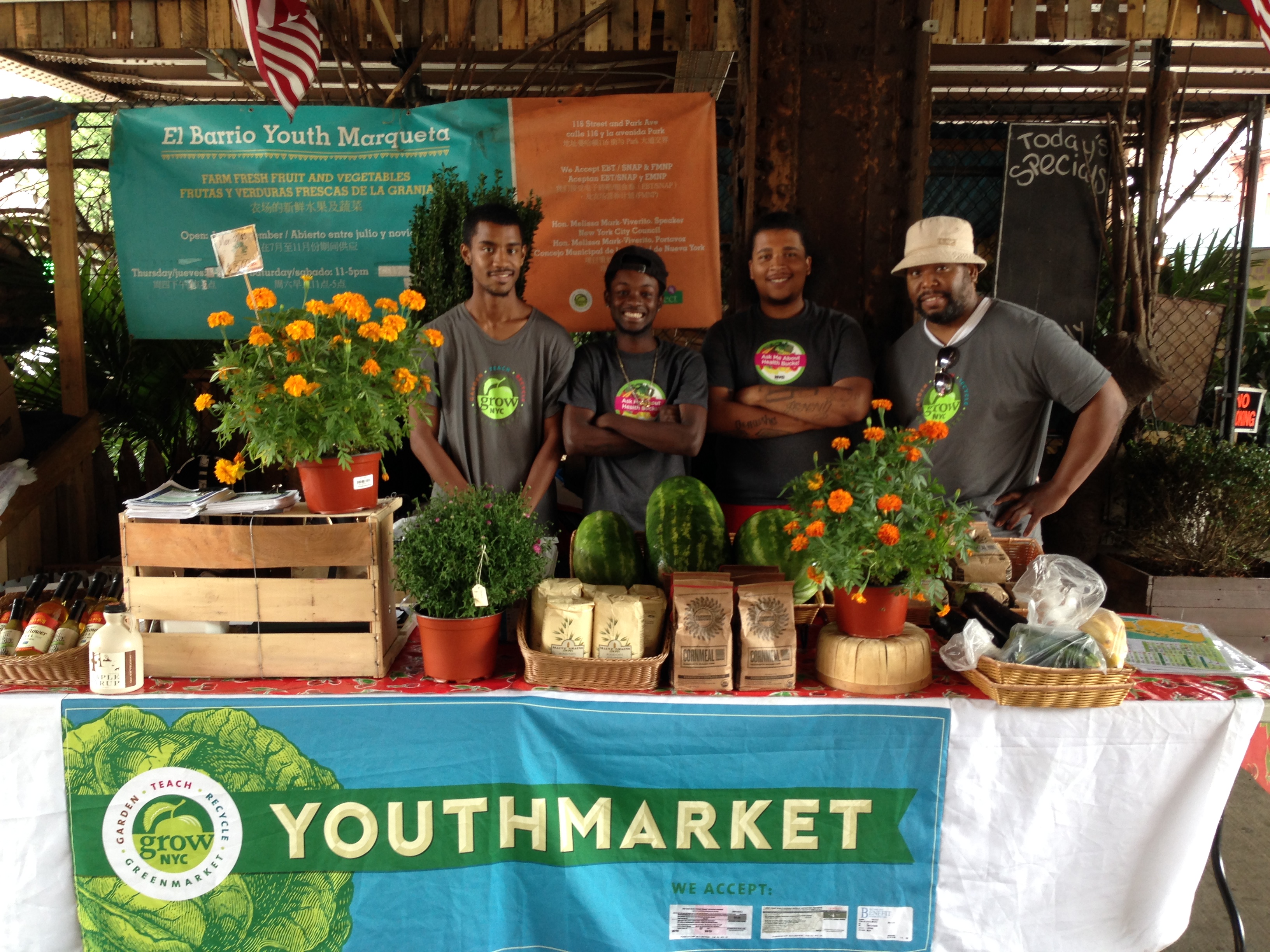 Michael Hurwitz is the Director of Greenmarket, a 41 year-old program of GrowNYC that operates 52 Producer-only farmers markets throughout the five boroughs of New York City, as well as the Wholesale Farmers Market located in the Hunts Point section of the Bronx. Michael has a MSW from UPENN and a JD from Cardozo University. He came to food from a social work perspective, when in 2000 he discovered the power of agriculture working with young adults in a community garden in Red Hook, Brooklyn. His favorite food policy book remains Stolen Harvest and he loves watching his kids discover new foods.

Last spring I spent a few days with James Johnson-Piett and Corey Woods of Urbane Development, LLC, a development venture focused on advancing community health in underserved neighborhoods throughout the country. Specifically, I had the privilege of shadowing James and Corey as they visited two stores in Massachusetts working to bring healthier options to their communities.

Our first stop was in Springfield, a city with a median household income half that of the Massachusetts state average. The professed mission of Bumpy’s Corner Store is to ensure that the African American community, of which Bumpy’s is a part, has increased access to affordable, healthy food. The store’s owners, Derryl Gibbs and his son Junior, offer high-quality, chiefly organic items with passed sell-by dates. A simple Google search will attest that the expiration dates on non-perishable items are largely meaningless, and that each year we dispose of billions of pounds of food that’s perfectly safe for consumption. Immaculate and well-organized, Bumpy’s resembles the organic section of any high-end food co-op or expensive retailer. The major difference, however, is in the prices –for the most part, nearly a quarter or even an eighth of the usual cost.

Derryl and Junior deliberately chose Springfield as the location for their store, despite having the means to open in a wealthier, and thus more profitable area in the region. In fact, 20 miles away in Northampton, there’s a similar-concept store to Bumpy’s…and it is significantly more lucrative. But for the Gibbs, success is less about increasing their bottom line and more about providing education and access to their community.

Next, we headed out to Reis Meat Market in Fall River, a distressed, former mill town with the largest Portuguese population outside of Portugal, and a median household income even lower than Springfield’s. Every day, Tony Ventura, the store’s owner, proudly hand cuts each Chourico and Linguica, among other Portuguese specialties. No grinder is ever used. Tony will tell you that most of his neighbors can’t afford to shop at the area Costco, even though some of the best deals are there, because they live day-to-day and can’t tie their money up for the month. So, Tony uses his infrastructure, specifically his freezers and refrigeration, to help his neighbors take advantage of wholesale purchasing. He bulk orders chickens and other items at wholesale prices and allows customers to purchase at those same prices. This way, they can pay as they go. For many of Fall River’s struggling residents, Tony’s system provides an affordable option for putting healthy food on their family table.

With 45 years of collective retail experience between us, James, Corey and I walked into these two businesses as skeptics, and yet, after each visit, we all walked out newly converted believers with bags full of sausages and expired organic jerky, tea leaves and pastas.

At Bumpy’s, Derryl and Junior Gibbs are addressing one of our food system’s greatest paradoxes: the lack of healthy food for many at a time when stores throw away good food because of an arbitrary date or to clear inventory. At Reis Meat Market, Tony Ventura allows members of his financially depressed community to benefit from wholesale purchasing without having to advance a large sum of money.

Here at GrowNYC, our wholesale distribution wing, Greenmarket Co., is not community -owned, however, it is not-for-profit, mission-driven and community-focused. Over the past 10 years we have created efficient and lasting distribution routes in neighborhoods that traditional wholesalers have written off. We understand that innovation paired with prevailing community assets create building blocks for success. Our approach combines nontraditional, community-driven models with improved access through existing infrastructure. GrowNYC distributes locally-produced foods in low-income communities via direct-retail models, non-profit organizations, senior centers, food pantries, Head Start programs, retailers, and other wholesale buyers. Our food projects place residents at the forefront. Identified in collaboration with partner organizations and trained by GrowNYC, residents oversee Fresh Food Box distribution at their designated sites, solicit and capture feedback, conduct cooking demonstrations that speak to their particular communities, and identify outreach opportunities for promotion. Trained in entrepreneurship and seasonality by our team, neighborhood youth operate their own farmstands, selling regional produce to their neighbors while serving as food ambassadors to their communities through the Youthmarket program. Moreover, Greenmarket Co. ensures that the producers of the food it delivers are paid a price that keeps their farms thriving rather than commodity prices set by global traders.

In 2016 we delivered just over 3 million pounds of food, with nearly 68 percent of it going to customers in underserved communities. Greenmarket Co. aggregates pallets, not cases, so that food going to underserved neighborhoods throughout the five boroughs is identical to the food we deliver to Michelin-starred restaurants. Utilizing our infrastructure–trucks, forklifts and refrigerators–enables us to bring in large volumes of regionally produced food and partner with community-based organizations, churches, and other community centers to distribute it. We may not be as close to the ground as Tony, but our goal of using what we have to ensure that our neighbors can purchase the healthiest foods as affordably possible is identical.

This community-driven model is what responsible ownership looks like and allows. Although Bumpy’s, Reis Meat Market, and our Greenmarket Co. routes must be profitable for these businesses to survive and serve our communities, good returns are not measured in only dollars and cents. Those of us focused on accessibility in the food sector, whether for a public entity, non-profit organization, consultant, philanthropy, or community justice activist, must work to identify more Derryls, Juniors, and Tonys…and then do everything we can do ensure their success.

September 26, 2018
Subscribe To Weekly NYC Food Policy Watch Newsletter
Subscribe to our weekly email newsletter today to receive updates on the latest news, reports and event information
We respect your privacy. Your information is safe and will never be shared.