Could an Antibiotic Ban Come to the United States? 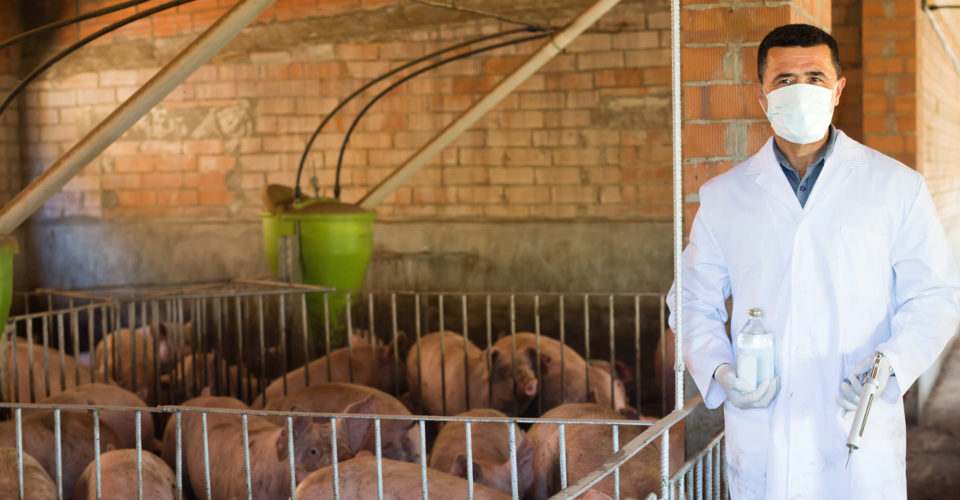 Antibiotics, the subject of continual debate on par with the likes of genetically modified organisms, were introduced to our food system relatively recently. It wasn’t until the late 1940s that scientists discovered that subtherapeutic quantities of antibiotic could be delivered to animals in order to improve feed-to-weight ratio. In the 1950s, the Food and Drug Administration (FDA) approved penicillin, chlortetracycline, and oxytetracycline as feed additives, allowing farmers to raise more plump poultry, swine, and cattle—faster. It was efficient, it cost less, and food production soared.

Just 18 years after the FDA approved the practice, though, the government in the United Kingdom released the Swann Report, which recommended “that the only antimicrobials that should be permitted as growth promotants in animals were those that were not depended on for therapy in humans or whose use was not likely to lead to resistance to antimicrobials that were important for treating humans.” Shortly after, the first lobbying efforts were made to restrict subtherapeutic use of antibiotic in livestock, pointing to the potential of antibiotic resistance in humans who consumed the meat.

The FDA formed two subcommittees to examine these concerns in 1976. Their findings aligned with the Swann Report’s statements: “low doses of tetracycline and penicillin in animals posed a risk to human health and should be banned.”

The next year, the FDA Commissioner Donald Kennedy proposed banning the use of penicillin and tetracycline in animal feed—health professionals and scientists rejoiced, while farmers and drug companies resisted.

Rep. Jamie Whitten (D-Miss.), holding longtime ties to the farm lobby, threatened to cut budgets if the proposed rules moved forward. The proposal, he claimed, lacked the clear scientific evidence to justify the enormous financial blow that they would cause to the industry.

With higher executives worrying that this threat would not only have implications on budget, but affect the entire department, Kennedy stepped back. Activists would try again in a few years, however, the proposal remained untouched. And thus began the story of efforts to ban antibiotic use for growth in livestock for nearly forty years.

After Kennedy’s proposal sat in limbo for 34 years, a coalition of environmental and consumer groups sued the FDA in 2011 for finding that antibiotic use for growth promotion could lead to bacterial resistance but failing to take action against it. The FDA responded by withdrawing the old proposal, stating that they would plan to take a new approach on the issue.

This new approach was released in December 2013: a voluntary plan to phase out the use of certain antibiotics for enhanced food production. The plan asked pharmaceutical companies to change the label on antibiotics to state that use for growth promotion was not allowed. More importantly, all antibiotics would have to be issued by a veterinarian—taking the control out of the hands of producers.

A voluntary approach, the FDA claimed, would lead to quicker results. Indeed, all 26 antibiotic manufacturers have agreed to the voluntary changes.

Meanwhile, the United Nations General Assembly categorized antibiotics in the food system as global health crisis in September 2016. This was only the fourth time in its 70-year history that the organization called a high-level meeting to discuss a global issue – the others being HIV, heart disease, and Ebola. The General Assembly’s 193 member states signed a declaration to fight against antibiotic resistance, and many health advocates are looking to America to take the lead.

The Centers for Disease Control report that at least two million people become infected with bacteria that are resistant to antibiotics each year in the United States. There are widespread concerns about the misuse of antibiotic prescription across the world, but particularly in the United States—contributing to the theory of a growing threat of drug-resistant bacterial infections.

Nontherapeutic antimicrobial (NTA) use in America is estimated to be as much as eight times greater than the quantity administered for therapeutic use. There is no data on exactly how widespread routine antibiotic use is, but sales figures show that at least 70 percent of all medically important antibiotics sold are for farming purposes.

Under the FDA’s 2013 changes, critics argue, there are loopholes through which producers can continue to use antibiotics routinely for growth promotion, for “prevention” as opposed to “growth promotion.”

This is precisely what happened in the Netherlands, where the European Union’s policy changes made little difference to NTA use. It wasn’t until after the Netherlands instituted their own limits on total use and regulatory fees for noncompliance that they saw an overall drop in use—a more stringent and clear-cut regulation than the EU’s overarching policy.

Where Does the United States Stand?

In 1998 and 1999, after research showed Vancomycin-Resistant Enterococcus, antibiotic-resistant bacteria, in increased numbers on meat that had been raised with growth-promoting hormones, Denmark also banned the use of antibiotics in chicken and swine. Denmark is one of the biggest pork exporters in the world and today, Denmark’s livestock production is risen post-NTA use.

“The Danish experience,” notes Clinical Microbiology Review, “demonstrated that any negative disease effects resulting from the ban of NTAs were short-lived and that altering animal husbandry practices could counter expected increases in disease frequency.” The European Union, following the Danish example, banned antibiotic use for growth promotion in food animals in 2006.

The EU operates under a precautionary principle, which means that even if a proposed threat to human health is not fully understood or proven through direct evidence, action should be taken to explore and resolve it. Traditionally, European nations have taken more regulatory measures when it comes to public health.

The United States, on the other hand, has historically acted only when clear, direct evidence is presented.

“Having a ban at the federal level is incredibly difficult,” Jason Pfeifle, Public Health Advocate with California Public Interest Research Group, says, “It’s not too realistic.”

With resistance from immensely powerful agriculture lobbyists, as well as opposition in Congress and the pharmaceutical industry, a national ban on the use of antibiotics for growth promotion is a monumental effort that many activist groups aren’t willing to take on. Pfeifle feels, however, that there’s incredible opportunity to drive change at the state level and through the marketplace.

In 2015, California banned the use of medically important antibiotics to promote growth in cows, chickens, pigs, and other livestock raised for profit. Closing the loophole provided by the FDA’s changes in 2013, producers in California can only administer antibiotics with approval from a vet in order to treat sick animals or prevent illness when there’s an elevated risk—not for routine prevention. Violators face fines and penalties of up to $500 for each day they’re not in compliance.

Surprisingly, there was little resistance to this legislation. Only seven lawmakers voted against the bill, and representatives from groups such as the California Poultry Association said they saw it as an extension of what producers in California were already striving to do.

While the law doesn’t place control on non-medically important antibiotics or animal welfare practices, it is an important step forward for those advocating for a national ban on routine antibiotic use.

Pressure in the Marketplace

The marketplace has been progressing on this front for quite a few years. In 2007, Bon Appétit Management Company announced that they would only use antibiotic-free meat in their 400 restaurants across the United States. Many other food giants, notably Tyson Foods and Perdue Farms, have made a similar vow.

In 2015, Sneeringer led a report for the FDA titled “Economics of Antibiotic Use in U.S. Livestock Production,” which found that changes to antibiotic use on farms would result in a one- to three-percent increase in the cost of production, while wholesale prices would rise about one percent and output would drop less than one percent—not a traumatic financial burden on the industry.

Researchers continually search for alternatives to antibiotics for animal health in particular, recently pushing probiotics and bacteriophages as an option.

With pressure from the marketplace, strong examples abroad, and one of the largest states in the nation leading the way with its own ban on misuse, the outlook is positive. The United States is progressing but will very likely see change at the state level far before nationwide legislation occurs.

By Alexina Cather Kevin Froner has been in the field of public education since 2003, when he transitioned from Wall Street,...
Copyright © 2019-20 Hunter College New York City Food Policy Center. All Rights Reserved.
Back to top
Subscribe To Weekly NYC Food Policy Watch Newsletter
Subscribe to our weekly email newsletter today to receive updates on the latest news, reports and event information
We respect your privacy. Your information is safe and will never be shared.