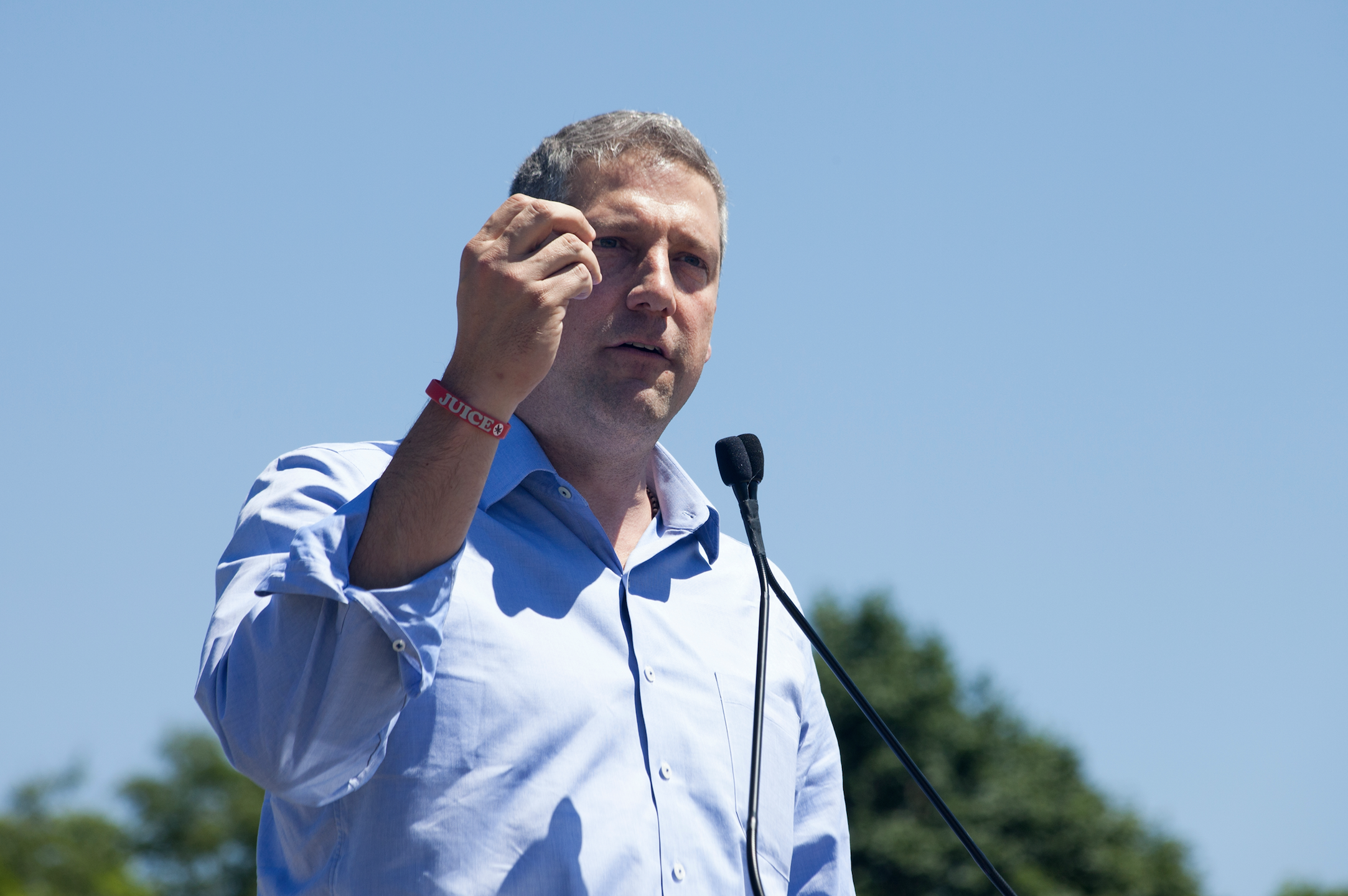 Recent Food-Related Policies He’s Supported: Representative Tim Ryan was first elected to the U.S House of Representatives in 2002. He has been reelected seven times since then and is currently serving his eighth term. Currently he is a member of the House Appropriations Committee, which controls the expenditure of money by the federal government, and isco-chairman of the Congressional Manufacturing Caucus.

Beyond his efforts to strengthen America’s manufacturing base, Representative Ryan has been an outspoken advocate for  changing the food system. He believes that agriculture and food policy connect an array of seemingly distinct issues, including health care costs and climate change. And for his home state, agriculture is Ohio’s largest industry.

In March 2019,  Representatives Tim Ryan, A. Donald McEachin (D-VA), and Roger Marshall (R-KS) introduced bipartisan legislation to incentivize food service providers, including grocers, retailers, and nonprofits, to help eradicate food deserts. The Healthy Food Access for All Americans Act sets up a system of tax credits and grants for businesses and nonprofits who serve low-income and low-access urban and rural areas.

“Our food system is broken and ineffective. In a country where obesity and diabetes rates are skyrocketing, and where over 20 million people live in food deserts, we cannot allow the status quo to continue,” said Representative Ryan.

In 2018 Representative Ryan voted against the Republican Farm Bill because it didn’t have  bipartisan support and failed to protect critical programs such as SNAP. “I am on a mission to raise the profile of the unsung heroes of the farm bill, those programs that cost relatively little but punch well above their weight. They represent the kind of innovative, time-tested solutions we should be rewarding on Capitol Hill. I am committed to doing everything I can to fight for the policies that support our nation’s family farmers and ranchers, create jobs and new markets, and give every American access to fresh and nutritious food,” he wrote in an op-ep on the issue, stressing the importance of providing more funding for smaller programs through the Farm Bill.

In December 2018 he voted yes on the revised Farm Bill because it provided the proper protection for funding and access to SNAP. But he also stressed his unhappiness with the bill’s failure to address other critical issues.

“Perfect legislation does not exist, and I am disappointed the bill does not reform farm subsidies and adequately address climate change.  Still, Congress has a responsibility to act, and the Farm Bill passed today will provide much-needed stability and certainty to Ohio farmers, families, and communities,” said Representative Ryan.

Also in 2018, alongside Representative Rosa DeLauro (D-CT) Representative Ryan sent a letter to U.S. Government Accountability Office (GAO) Comptroller General Gene Dodaro requesting a report on food policy and how it connects to public health, asking , among other questions, What federal agency food and nutrition-related programs exist that may help reduce the costs and risks of diet-related chronic disease, what strategies, expertise and resources have been dedicated to those programs, and how has progress been measured?

Back in in 2014 Representative Ryan had called on the Food and Drug Administration to enact a clearer and more tangible way to label the sugar content in foods by changing the measurement to teaspoons instead of grams to make it easier for consumers to conceptualize the true amount of sugar in a product. That same year he announced two U.S. Department of Agriculture (USDA) Farm to School Program grants for the Stark County Educational Service Center and the Akron City Schools as part of his efforts to increase the amount of fresh and local food in our schools and address our nation’s obesity and diabetes epidemics, especially in children.

Outside of policy advocacy for food issues on Capitol Hill, Representative Ryan has written a book on the subject, The Real Food Revolution: Healthy Eating, Green Groceries, and the Return of the American Family Farm. The book provides a history of the American food system, explores the negative impacts of current food practices on our health and the environment and weighs the pros and cons of the farm bill that was current at the time of publication in 2014.  He urges people to get involved in creating change by offering actionable steps at the end of each chapter.

Designing Waste Out of the Food System: The Spare Food Co.

May 21, 2019
Subscribe To Weekly NYC Food Policy Watch Newsletter
Subscribe to our weekly email newsletter today to receive updates on the latest news, reports and event information
We respect your privacy. Your information is safe and will never be shared.