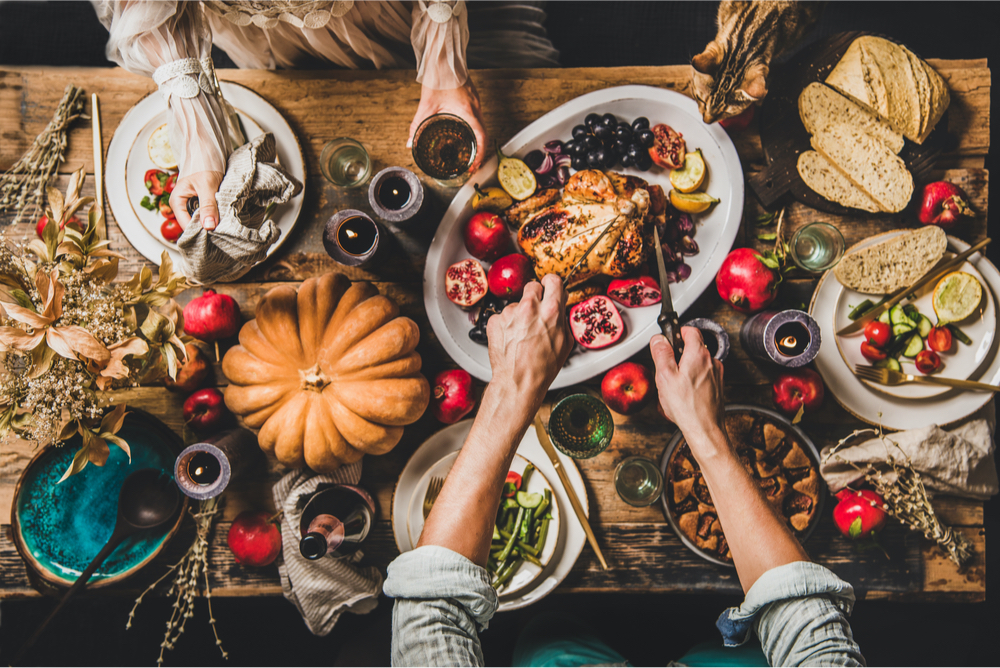 Early in November, which is National Native American Heritage Month, the USDA’s Food and Nutrition Service (FNS) provided $3.5 million to eight indigenous nations to allow them  greater flexibility and choice concerning the  food products offered through the FDPIR Self-Determination Demonstration Project. As a result, tribal nations will be able to purchase food directly from commercial vendors (rather than the USDA) and select those that are more aligned with their cultural preferences.

Many households participate in FDPIR as an alternative to the Supplemental Nutrition Assistance Program (SNAP) because SNAP offices and food stores that accept SNAP are generally inaccessible to  households on Indian Reservations. So those that participate in FDPIR receive USDA commodity foods from a local Indian Tribal Organization or a state government agency.

FDPIR’s traditional model allows eligible households to purchase nutritious, 100 percent domestically-grown USDA foods while also providing nutrition education. Eligible households may  live on a reservation or may be a Native American household living in a designated area near a reservation. The program is available to 105 tribal nations across the United States, serving approximately 75,000 individuals per month. More than 25 percent of all Native Americans receive some sort of federal food assistance of some sort.

According to the independent, nonprofit digital news and commentary site. Civil Eats, however, notes that commodity foods offered through the FDPIR have traditionally been considered “the latest incarnation of a violent and unequal historical relationship between tribes and the federal government.” Rations historically included ingredients with which tribes were unfamiliar, including flour, coffee and beef. The new funding will provide more latitude for tribes to source food locally and purchase more ingredients that are not only familiar, but preferred.

On November 6th, during COP26, the United Nations climate change conference, the Glasgow Food and Climate Declaration was presented by 100 local governments at the Glasgow City Chambers in Glasgow, Scotland.. The declaration is a commitment by all signatories to focus food policies on combating climate change. It calls on world leaders to recognize the role local governments and smaller communities play in creating sustainable food systems, including transforming land use and capping carbon emissions from food and farming.

The Declaration also highlights the food policies of signatory cities that are already working toward making changes and encourages other governments to do the same. These include urban agriculture policies and a strong local food system in Pittsburgh, Pennsylvania, a Sustainable Markets and Parks initiative in São Paulo, Brazil that works to combat food loss and waste, and providing organic and local food to schools in Mouans-Sartoux, France.

To join the global movement, local, regional, and national governments across the world, are encouraged to sign the Declaration online.

“No New Yorker should have to face the prospect of hunger and food insecurity… It is impossible for children to focus on school and adults to be successful if they are worried about where their next meal will come from.”  – Governor Kathy Hochul of New York

Governor Hochul announced in mid-November that all New Yorkers participating in SNAP will receive the maximum allowable level of food benefits for the month plus an additional allotment of at least $95.Many New Yorkers continue to rely heavily on SNAP benefits as the COVID-19 pandemic continues to impact the economy, food access, and everyday life. As of September 2021, there were more than 2.77 million SNAP recipients throughout New York State.

According to a federal study noting the impact of SNAP on the United States economy, every dollar spent to provide food benefits can generate up to $1.54 in economic activity, and additional funding for food assistance, will support thousands of jobs nationwide.

This year, Thanksgiving arrives during a period of inflation, a disrupted supply chain, and increased product demands across the country. Food inflation in the United States has been increased by the shortage of workers in transportation and at meatpacking plants nationwide. Last month saw the fastest annual growth in consumer prices since 1990.

As Thanksgiving approaches, the USDA released a statement regarding the increased prices of holiday staples. According to the Agricultural Marketing Service’s Market News Retail Reports earlier in November, an average frozen turkey is $0.88 per pound, milk is $3.75 per gallon, and sweet potatoes are $0.83 per pound. These products’ prices, in addition to other holiday staples like cranberries and green beans, show a combined five percent price increase over last year. When looked at individually,however,  whole frozen turkey prices have increased by about 20 percent this year to reach an all-time high.

The Farm Bureau’s annual survey indicates that the average cost of a Thanksgiving feast for 10 people is $53.31 total, which is $6.41 or 14 percent more than last year’s average. And while a Thanksgiving gathering r of ten was out of the question for many Americans last year, AAA predicts that more than 53.4 million people will travel for the holiday this year, making it the highest single-year increase since 2005.

23 Indigenous American Food Activists, Educators, and Other Figures to Know

Maine is the First State to Establish a Right to Food

December 14, 2015
Subscribe To Weekly NYC Food Policy Watch Newsletter
Subscribe to our weekly email newsletter today to receive updates on the latest news, reports and event information
We respect your privacy. Your information is safe and will never be shared.