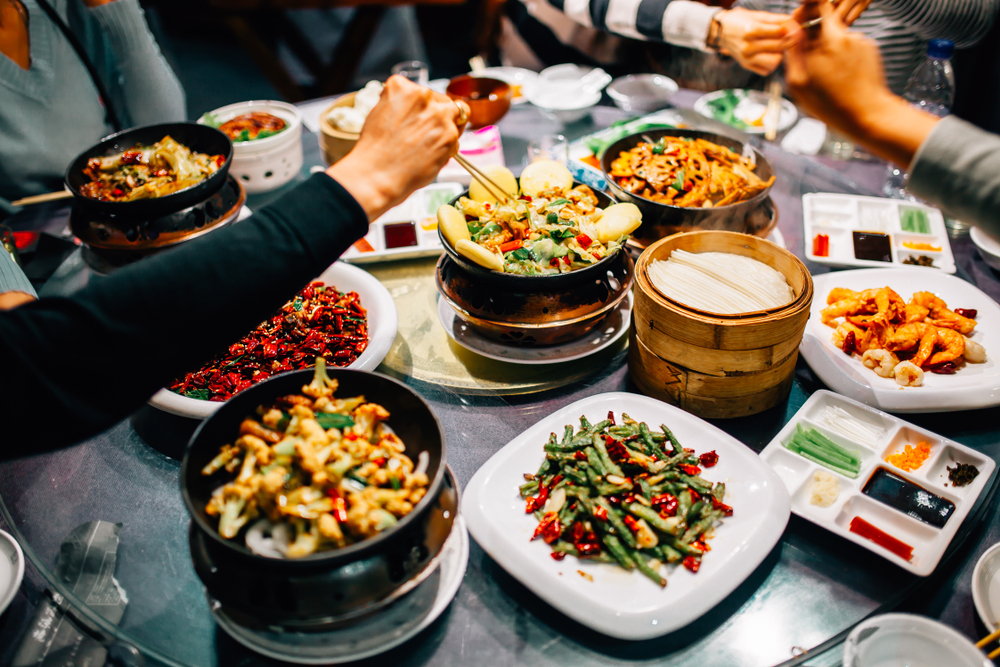 Overview: China’s leadership is encouraging residents to eat everything on their plates in an effort to reduce food waste.

How it works: Chinese President Xi Jinping announced the campaign on August 11, but did not provide any specific instructions regarding how to carry it out. As a result, various officials, business leaders, organizations, and citizens have been left to develop their own, often drastic measures to reduce food waste.

Many restaurants now offer half-portions or smaller servings to discourage diners from ordering more than they can eat, and also offer carry-out boxes to take leftovers home.  The Wuhan Catering Industry Association implemented the “N-1” system, which says that a group of diners (who typically share several dishes “family style” in China) may order only as many dishes as the number of people in their party, minus one. Some restaurants have also told their servers to nag customers about not wasting food, and one restaurant in Hunan will even weigh patrons (voluntarily) and provide menu recommendations based on their weight and body type.

An elementary school asked students to send their teachers a video each night after dinner to show that they had eaten everything on their plates.

Popular smartphone apps in China that stream videos of people eating excessive amounts of food may be banned, or the video creators will be blocked, if they encourage overeating.

Rewards may be given to those who comply with the clean plate directive. University students who finish their lunch may be given free fruit or another small gift. Restaurant patrons may receive parking or food discounts, or membership rewards for finishing their meals, and restaurants that are successful in discouraging food waste may rank higher in government recommendations and/or receive discounts on garbage sorting fees.

Stricter measures, such as laws against food waste, are likely to be enacted in the near future.

Progress to date: The clean plate campaign has been in effect since August. As noted above, different businesses and organizations are promoting and enforcing clean plates in different ways.

Why it is important: In June 2020 the United Nations stated that the world is on the brink of the worst food crisis in 50 years and urged governments worldwide to take action. The impact of the COVID-19 pandemic as well as natural disasters have left various food items in short supply.

In China, pork and corn are the commodities most affected. Pork prices rose 135 percent in February due to the African swine fever, and significant flooding washed away corn crops, along with other vegetables and plant products.

A study conducted by the Institute of Geographic Sciences and Natural Resources Research found that in 2015 Chinese consumers in big cities produced 18 million tons of food waste, an amount that could feed up to 50 million people per year.

Curbing food waste in China may help to reduce the country’s hunger crisis.

Program/Policy initiated: The campaign was announced on August 11, 2020.

Similar practices: The Chinese government supported a grassroots campaign of a similar nature that began in 2013, called Operation Empty Plate, which focused more on the banquet feasts often held by government officials. The UK has launched two campaigns, Love Food Hate Waste and Make Toast Not Waste to discourage food waste. The National Environment Agency of Singapore provided materials and recommendations for a Food Waste Management program in 2015.

Evaluation: Formal evaluation of the effectiveness of this campaign has not yet been conducted. Initial reactions from Chinese citizens, however, have not been positive. Some people see the clean plate directive, and the ways officials are choosing to enforce it, as yet another political limitation – along with tracking digital footprints and placing strict regulations on Internet use – imposed on their daily lives in recent years. Culturally, food in China is often associated with social status and wealth: the more food one orders at a restaurant, the greater their wealth, status, and respect. Therefore, restricting how much food someone can order or eat at a restaurant may be seen by many in the country as a restriction on personal freedom.

Oversight: The Impact of the COVID-19 Pandemic on SNAP Administration, Food Pantries, and Soup Kitchens

August 6, 2019
Subscribe To Weekly NYC Food Policy Watch Newsletter
Subscribe to our weekly email newsletter today to receive updates on the latest news, reports and event information
We respect your privacy. Your information is safe and will never be shared.