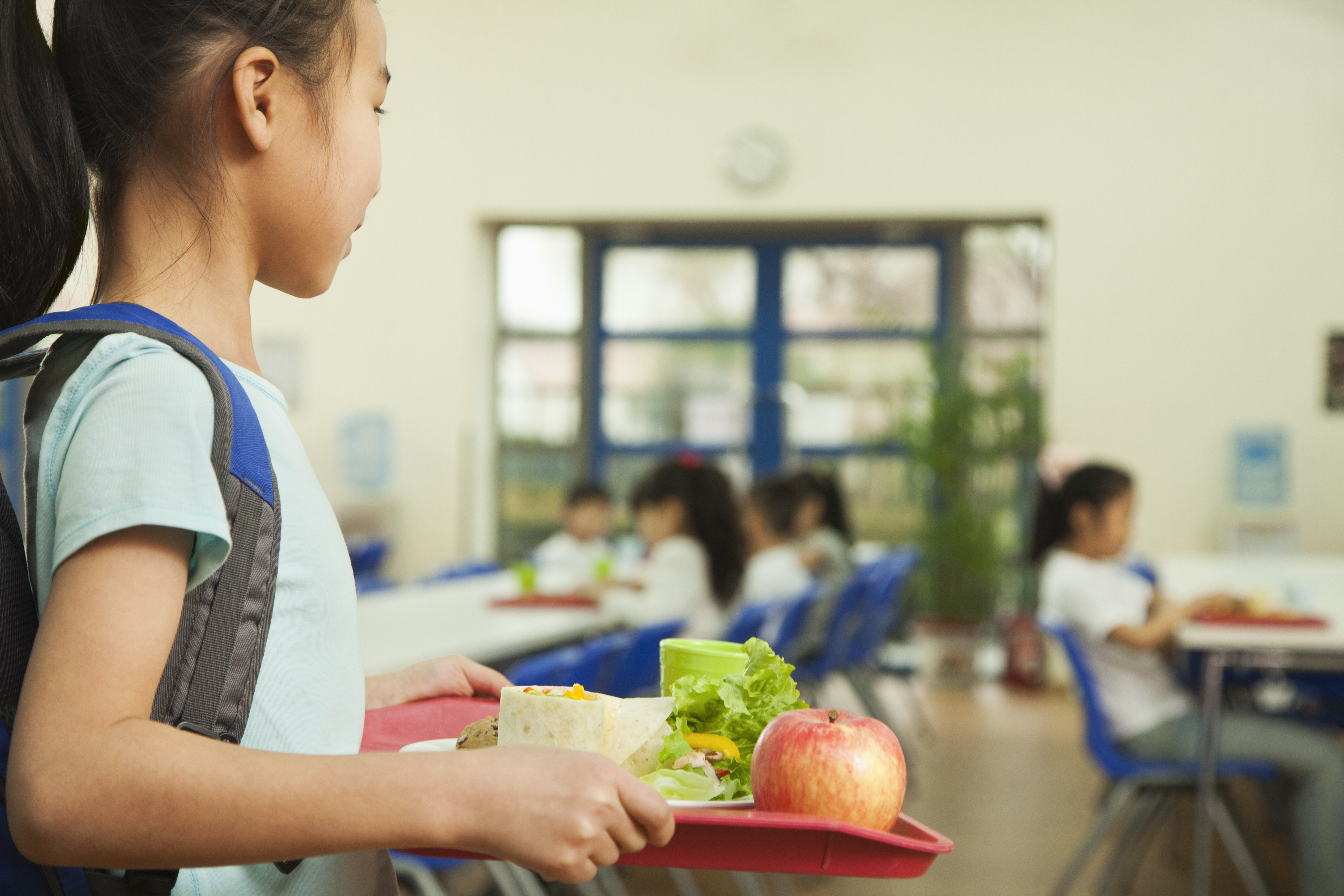 AB 841, a new bill passed in the California legislature, prohibits schools in California from advertising unhealthy foods or beverages on campus during school hours. This includes corporate incentive programs that involve foods and beverages that do not meet

The bill seeks to reduce students’ exposure to advertising for unhealthy foods and beverages in schools. This is part of a larger campaign in the state of California to improve nutrition in schools and reduce obesity among children.

California has long been a leader in improving food quality standards in schools. Over a decade ago, they banned soft drinks from being sold at schools and limited the availability of foods high in added fat and sugar. Additionally, schools are prohibited from serving foods that contain added trans fats in order to be eligible receive reimbursement from the state to cover free and reduced price lunches. While the sale of unhealthy foods in California schools is already restricted, the new bill bans them from being advertised as well.

In addition to a ban on conventional advertising, the bill includes restrictions on corporate incentive programs such as the Box Tops for Education program, which rewards schools for collecting box tops clipped from specially marked products. The products, however, tend to be processed foods like cereals, snack bars, cookies, frozen pizzas, and other foods full of added sugar, salt, and fat. For each box top that a student submits, his or her school receives ten cents. Often, students or classes compete to turn in the most box tops. As this type of program constitutes a type of in-school advertising, it has been banned as part of the new bill.

The ban does not extend to personal belongings of the students such as clothing, outside media, and products purchased outside of school. Furthermore, items like sports uniforms and scoreboards that contain images or logos that may be considered advertising do not require removal. However, no new advertisements may be added to such objects starting January 1, 2018.

Childhood obesity is a serious problem in America. In 1970, only around 5% of American children were considered obese. Today, according to the CDC, that number has more than tripled to 17%. The reasons behind this spike in obesity are myriad, but the prevalence of processed foods that are high in fat and sugar has played a major role. In a paper published by the American Heart Association, 91% of American children have diets classified as “poor” and only 0.5% have diets considered “ideal.”

California has already had some success in restricting the availability of unhealthy foods in schools. Initiatives like Smart Snacks in School and the University of California’s Good Food for Local Schools have limited children’s access to foods high in sugar, fat, or calories in school while improving nutrition education. Still, childhood obesity remains a problem. Trust for America’s Health’s annual State of Obesity report shows that the combined overweight and obesity rate among children aged 10-17 in California has plateaued at around 30% since 2004.

The governing board or body of each school district is responsible for reviewing compliance annually.

California State Assembly member and lead author of the bill

In 2007, Maine passed a similar bill that prohibited advertising of brand-specific foods that do not meet nutritional standards.

The New Hampshire Senate has also passed a bill that aims to restrict the advertising of junk food in schools, but the bill cannot become law until it is passed by the House.

Queens County Farm Museum Educates on More Than the Past

Would Making Plain Milk and Water the...

June 27, 2017
Subscribe To Weekly NYC Food Policy Watch Newsletter
Subscribe to our weekly email newsletter today to receive updates on the latest news, reports and event information
We respect your privacy. Your information is safe and will never be shared.