Part of the ongoing Politicians Making a Food Difference series

What he’s done: As chair of the Committee on General Welfare, is leading the city council members in urging the DeBlasio Administration to include $22 million in baselined food funding for the Emergency Food Assistance Program (EFAP) in New York City’s 2018 Fiscal Year budget. Is also reviewing increasing, and decreasing barriers to, enrollment in the federally funded Supplemental Nutrition Assistance Program (SNAP, also known as “food stamps”), as well as the status of food pantries and state hunger programs to gain a broader assessment of hunger in the city. Has previously sponsored resolutions calling for mandatory breakfast-in-the-classroom.

Breakfast in the Classroom: http://www.stephenlevin.nyc/legislation/ 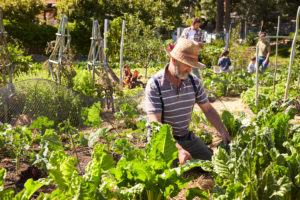