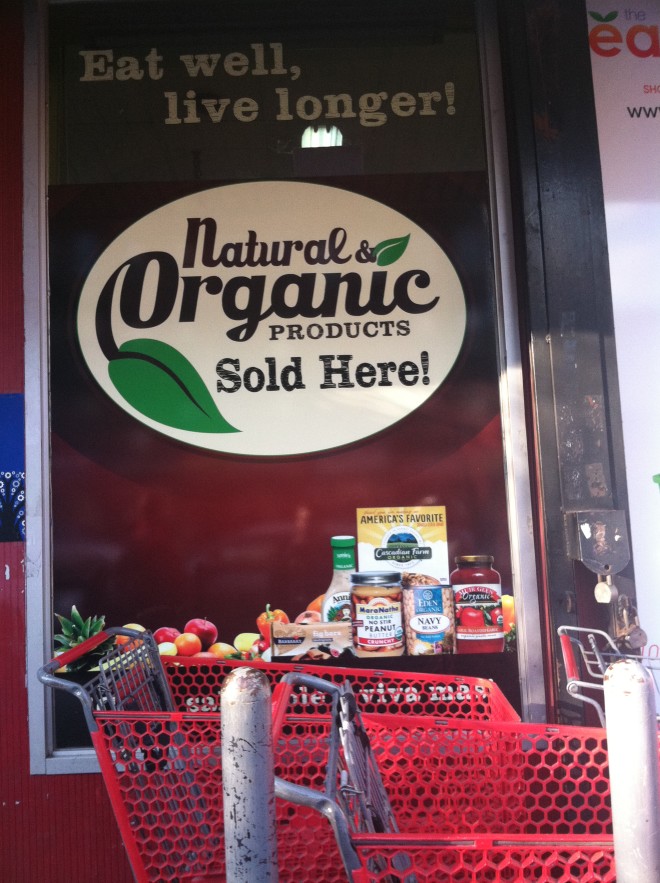 Gentrification refers to the restoration of run-down urban areas by the middle class resulting in the displacement of low-income residents due to significantly higher rents and housing prices. Thus, gentrifying neighborhoods are typically characterized by an influx of higher income residents, new retail and commercial development, and upscale housing investments. On the other hand, gentrification may have beneficial effects for low-income residents due to increased tax revenue and associated improvement of public services as well as schools, less crime, more stores, and better transportation. East Harlem is the poorest neighborhood in Manhattan, and its residents are experiencing some of the worst health outcomes associated with diet-related diseases in New York City. At the same time, East Harlem is experiencing economic and social changes associated with gentrification, such as increasing proportion of White and Asian populations, new luxury housing developments, and new upscale grocery stores, especially in the areas close to the Upper East Side and Yorkville. This raises the question how gentrification affects the access to healthy foods in East Harlem. Thus, this project investigates how gentrification effects the local food environment in East Harlem with the goal to provide recommendations for policy and practice.

This project utilized a mixed methods approach, which relies on quantitative as well as qualitative methods. We first conducted an exploratory GIS analysis to detect hotspots of gentrification, which we defined as areas with higher than average rents, incomes, and percent white or Asian population. We also conducted interviews with local business owners and food entrepreneurs to gain a deeper understanding of the local food environment in the gentrification hotspots we detected during our quantitative analyses.

Our quantitative analyses showed that gentrification hotspots exist in areas north of 96th Street along Lexington Avenue, 2nd Avenue, and 1st Ave, which have been rezoned by the city from either manufacturing to mixed-residential, or from residential to mixed residential usage. Both of these zoning changes favor gentrification since they increase real estate value, and allow for retail at street-level. This shows that the city is actually complicit in the gentrification process. We also found that BMI healthy stores (stores predominantly selling healthy foods) are concentrated in the rezoned areas, whereas BMI unhealthy stores are concentrated in non-rezoned areas. Our qualitative analyses confirmed the spatial pattern of gentrification, but also unveiled the importance of public housing in shaping the larger-scale spatial pattern of gentrification in East Harlem: we found that only those blocks that do not contain any public housing   are gentrifying or gentrified,. In addition, these blocks without public housing are also characterized by a much larger proportion of BMI healthy stores. On the other hand, non-gentrified blocks contain public housing and are characterized by BMI unhealthy stores, namely bodegas, convenience stores, and fast food outlets. This may indicate that gentrification improves the local food environment by introducing more BMI healthy stores to the neighborhood. This could, however, not be confirmed by our qualitative findings, since the new BMI healthy stores were definitely more upscale, and geared towards the taste of the incoming gentrifiers, which is reflected in the pricing. This means that local low-income residents may not be able to afford to shop in these new BMI healthy stores.

• Since the lack of economic access to healthy food was identified as most pressing issue associated with food gentrification, we are proposing to expand an innovative coupon program developed by the NYC Health Department, Health Bucks, to long-established BMI healthy food retailers in East Harlem. Health Bucks can only be used at participating farmers markets at this point, and stretch the SNAP budget by 40 percent.

• Expanding this program to existing and established BMI healthy stores on non-gentrified blocks will ensure the economic accessibility of healthy foods for local low-income residents, but it will also provide more business to participating food retailers.

• The proposed expansion is not expected to shift business away from farmers markets accepting Health Bucks, but is targeted at additional SNAP recipient currently not using the coupons.