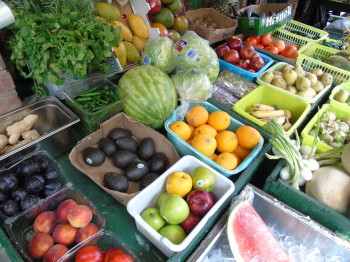 The goal of the five year Campaign is to mobilize human and other resources inside and outside East Harlem in order to make measurable progress in reducing food insecurity and diet-related diseases and creating a food system that promotes sustainable economic growth within East Harlem. The convener for the Campaign is the New York City Food Policy Center, an interdisciplinary, intersectoral food “think and do” tank located at Hunter’s East Harlem campus.

Diana Johnson, Director of Community Projects has worked over the past several months to launch the five-year Campaign, supported in its first two years by the Laurie M. Tisch Illumination Fund. After conducting a thorough analysis of needs assessments previously conducted in East Harlem, Diana has developed and continued to build a strong foundation of collaboration with East Harlem community leaders and service providers, opening the door for funding possibilities and programmatic opportunities.

The success of the Campaign will depend on finding new ways to support and coordinate the many promising but sometimes isolated efforts to improve food in East Harlem. We welcome contact with any groups interested in collaborating, exchanging ideas and discussing the formation of the Campaign. For more information, please contact Diana Johnson, Director of Community Projects at dj@nycfoodpolicy.org

Some Highlights of our Current Activities:

The Research Action Workshop on Food Environments in East Harlem 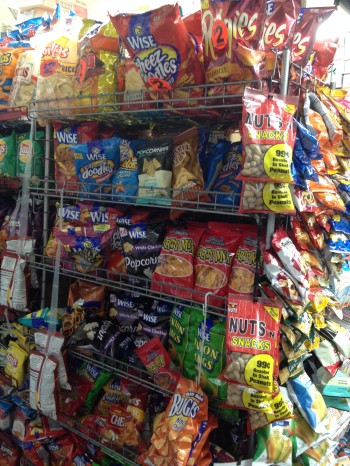 An innovative university-community collaboration that brought together students of all levels, local advocates, and nonprofit organizations, connecting Hunter College and the CUNY School of Public Health with the East Harlem community. In spring 2014 professors Nicholas Freudenberg and Jan Poppendieck led the class in an exploration of five aspects of East Harlem’s food environments: retail food, school food, food benefits and poverty, gentrification and food, and food advertising that targets Latinos.

Several students from the 2014 cycle have continued their projects beyond the course, working closely with Center staff and supported by community partners, taking action on the interventions they have developed.

The spring 2015 course will be led by professors Nicholas Freudenberg and Nevin Cohen and bring together 9 community advocates and students of all levels to find solutions to current food concerns in East Harlem. Student projects will be posted when available. 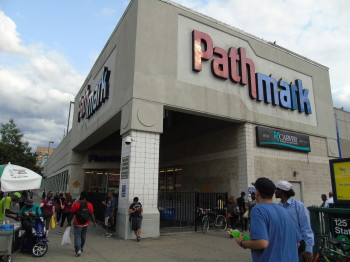 In April 2014, a major real estate developer, Extell Development, purchased the land currently occupied by a Pathmark at Lexington Avenue and 125th Street. In November 2015 that store closed, making it harder for the people of East Harlem to find healthy affordable food and raising important questions for the future of this community. Faculty and students at the New York City Food Policy Center at Hunter College and the CUNY School of Public Health are working with the East Harlem community develop strategies to ensure that healthy and affordable food access is not compromised. 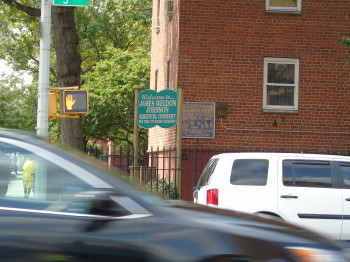 In partnership with several local community development and family service providers, the Center is exploring new ways to make healthier food more available to people living in East Harlem’s public housing.  To reduce high levels of food insecurity and diet-related disease among this population, we will work with others to expand access to farmers markets and retail outlets selling healthy food, reduce the promotion of unhealthy food  and counteract  the harmful impact  on food availability and affordability of East Harlem’s rapid gentrification.

Learn more about the Campaign>>>