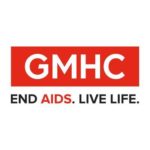 GMHC fights to end the AIDS epidemic and uplift the lives of all affected.