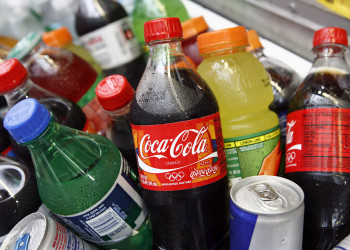 A Brooklyn lawmaker is proposing a state law requiring sugary soft drinks to carry labels warning that consumption contributes to “obesity, diabetes and tooth decay’’ — much like packs of cigarettes carry warnings about the dangers of smoking.

“We can’t sit back and pretend that sugary drinks aren’t harmful to people. The research is clear: Too much sugar leads to health problems such as obesity and diabetes,” said Assemblyman Karim Camara, whose bill comes after the soft-drink industry beat back other drastic New York initiatives to tackle obesity.

Former Gov. David Paterson sought a penny-an-ounce “fat tax” on soda and other other sugary drinks in 2010. But the beverage industry waged a ferociously effective $13 million lobbying effort to kill the measure, arguing it would cost jobs at state plants.

“People in the beverage industry at the time said, ‘We don’t need a tax. We need education.’ My proposal calls for education,” said Camara, calling the initiative a “moral obligation.”

Last year, former Mayor Michael Bloomberg’s plan to ban large sugary drinks from being served in city-regulated outlets was struck down in court.

More than half of city adults are either overweight (34 percent) or obese (22 percent), according to the Health Department. Research shows obesity begins early in life: One in five kindergarten students are considered obese.

If approved, New York would become the first state to require soda warning labels. A similar measure was introduced — but not approved — in California.